This week, Scandal actress Portia De Rossi and hit the red carpet for a PaleyFest panel with the rest of the show’s cast at the Dolby Theatre in Hollywood. The next day, celeb websites and gossip mags were buzzing about apperance — but they weren’t talking about her role on the show.

De Rossi’s became the subject of a major mean girl attack when photos surfaced showing her looking what critics deemed as “too skinny.”

OK! Magazine published a slideshow of photos of the actress with the headline, “Portia De Rossi Is Skin And Bones Amid Relationship Trouble Rumors With Ellen DeGeneres,” and called her “frightening frail.”

Beyond the inherent wrongness of body-shaming any woman, the comments take on a whole new low when one remembers that de Rossi has discussed her lifelong struggles with an eating disorder many times. 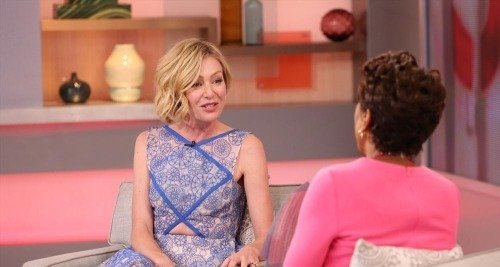 She told the documentary series It Got Better in 2015.

I felt tremendous responsibility when I was 12 years old and I was put on a catwalk. My modeling agents had told me to go on a diet. So I didn’t eat for 10 days before then.”

From that age I learned that what I looked like was more important than what I thought, what I did and who I was.”

De Rossi has since seemingly managed to maintain a healthy weight, but even if she has lost weight recently, shaming her for being “too skinny” is a particularly hateful thing to do.

Eating disorders are serious diseases, and one wouldn’t shame someone for having cancer, so someone who suffers from an eating disorder shouldn’t be shamed for it, either.