Laverne Cox is an American actress, reality television star, producer, and transgender advocate. And more to the point she is HOT!

Back in March Buzzfeed photograph, Jeaneen Lund took these stunning pictures of Cox. 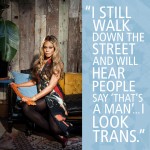 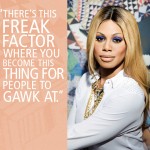 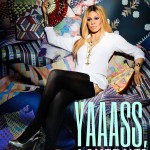 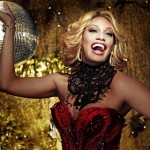 Laverne Cox is now known for portraying Sophia Burset, a trans woman sent to prison for credit-card fraud, in the Netflix series Orange Is the New Black. This character is actually based on CeCe McDonald, a trans African American woman, who survived a violent, racist and transphobic attack in 2011.

McDonald is in the midst of completing her 41 month sentence in a men’s prison for the stabbing death of Dean Schmitz, who attacked her and several friends in Minneapolis in 2011.

Laverne Cox is now producing a documentary about embattled trans woman — who may be getting out of prison soon. Free CeCe!, which has already begun production, is slated to continue into 2014 along with McDonald herself.

Here’s Cox on why she began Free CeCe! with production partner Jacqueline Gares in Persephone:

CeCe’s story is one that should have been covered more in the press. Trans women, particularly trans women of color, experience disproportionate amounts of violence and not enough is being done to eradicate that violence. CeCe’s story in so many ways encapsulates the intersectional issues that lead to far too many of us experiencing violence. I wanted to do a piece that explores the nature of how race, class and gender affect violence towards trans women and also give CeCe a space to tell her story in her words in the context of a piece that truly values the lives of trans women of color.