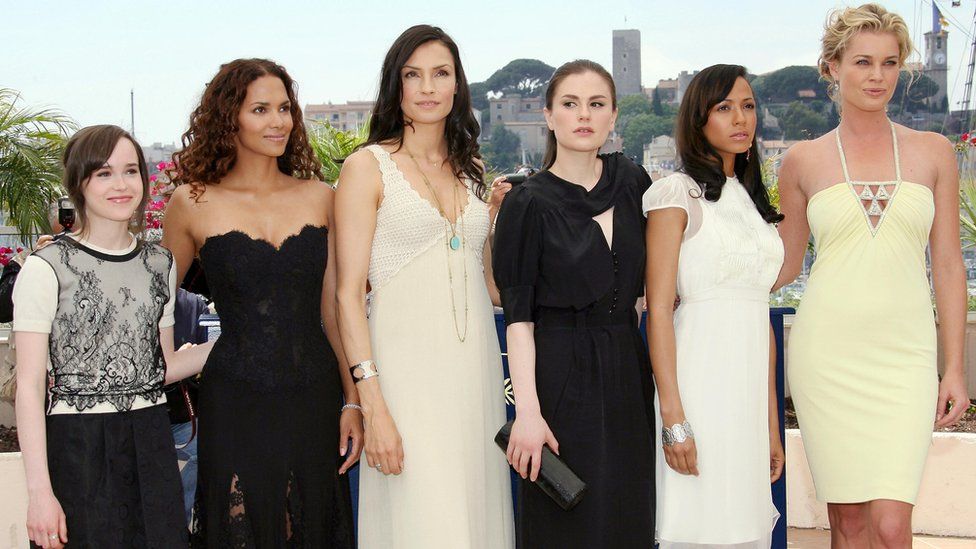 Wonder Woman has been named being named the United Nations’ Honorary Ambassador for the Empowerment of Women and Girls.

But the honour has sparked a backlash among some of the organisation’s staff who believe a comic book character is an inappropriate choice.

The Amazonian warrior got the honour at the UN’s Manhattan headquarters at a ceremony featuring both Lynda Carter, who played the character in the 1970s television series, and Gal Gadot, who will star in 2017’s Wonder Woman film. 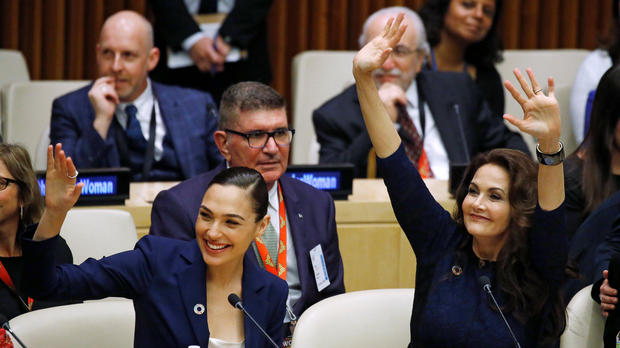 The character, first seen in print 75 years ago, will front a campaign promoting women’s rights and gender equality.

Using the slogan “think of all the wonders we can do”, the campaign aims to promote the achievements stemming from female empowerment.

It will also highlight examples of “women and girls who have made and are making a difference every day by overcoming barriers and beating the odds to reach their goals”.

Achieving gender equality and empowering all women and girls is one of the UN’s 17 sustainable development goals, which aim to tackle poverty and inequality.

While we have achieved progress towards gender equality, in many parts of the world women and girls continue to suffer discrimination and violence.

Gender equality is a fundamental human right and a foundation for a peaceful, prosperous and sustainable world.”

But Wonder Woman’s appointment was strongly criticised by some UN staff. Some 1,000 UN staffers and women’s groups signed petitions calling for a human ambassador, rather than a fictitious character, and social media is questioning whether Wonder Woman is qualified for the job. 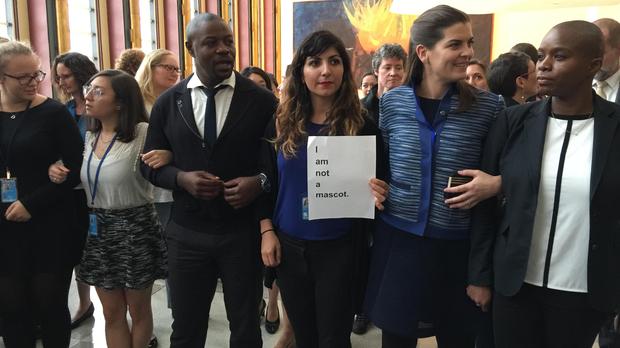 The character’s current iteration is that of a large breasted, white woman of impossible proportions, scantily clad in a shimmery, thigh-baring body suit with an American flag motif and knee high boots – the epitome of a ‘pin-up’ girl. It is alarming that the United Nations would consider using a character with an overtly sexualized image at a time when the headline news in United States and the world is the objectification of women and girls.”

The petition also pointed out that the rights to Wonder Woman are owned by DC Comics, “a for-profit entertainment corporation.”

A Wonder Woman film will be released next year and the association with the UN campaign is unlikely to harm its marketing campaign.

Around 50 UN staff turned their back on the ceremony of Wonder Woman’s appointment and others voiced their disapproval.

However, some people praised the decision.

Wonder Woman the film is coming out next year, this is an opportunity to have a film directed by a woman, starring a woman as a first major female superhero. It has got to be a positive strike for women and I think this helps draw attention to that.”

The new Suicide Squad trailer wasn’t the only thing to debut on The CW’s special DC Films Presents: Dawn of the Justice League. As another surprise, host Kevin Smith unveiled the first footage from Wonder Woman, the upcoming film starring Gal Gadot as the Amazon superheroine. 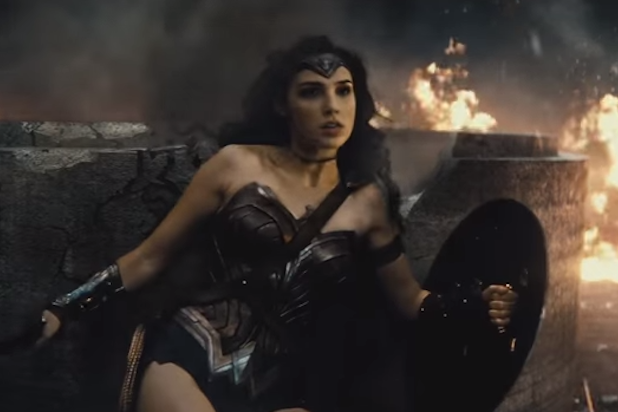 Since Wonder Woman has only been filming since last November, this is far from a finished look at the movie. But it does have a few intriguing glimpses of Wonder Woman in action, and it also shows her as Diana Prince, the secret identity that she adopts in man’s world.

There’s still a lot about the Wonder Woman movie that hasn’t been announced. It has been confirmed that at least part of the film is set during World War I, and Connie Nielsen was recently signed to play Wonder Woman’s mother, Queen Hippolyta of the Amazons.

Gadot will make her cinematic debut as Wonder Woman in Batman v Superman: Dawn of Justice on March 25.