The story centres on the struggling Dyne family, headed by Theresa (Debra Winger) and Robert (Richard Jenkins), who have spent 26 years training their only daughter, Old Dolio (Evan Rachel Wood), to swindle, scam, and steal at every opportunity.

Old Dolio, named after a homeless man who won the lottery, is a ticking timebomb of repression, masked by a low monotone and a curtain of hair. Her parents control every facet of Old Dolio’s life, but their situation has already grown unsustainable, with their kooky landlord giving them a week to make rent or else they’re out on the street.

Fortunately, the Dynes have trained Old Dolio well — “she learned to forget before she could read or write,” her father beams — and she quickly proposes a solution: One speedy roundtrip flight to New York and back yields a stolen luggage scheme and travel insurance to get them out of their jam.

But in the midst of their absurd plot, the family’s tight-knit routine gets complicated when Old Dolio’s parents meet the kooky Melanie (Gina Rodriguez) on their flight and decide on a whim to bring her into their clan.

Her mother rations affection as she does money, insisting her daughter “doesn’t know anything about tender feelings”. And so Melanie tenderly takes it upon herself to introduce her new friend to pancakes, dancing, pet names and intimacy. The tremors that Old Dolio grits her teeth through suggest an internal shift is taking place.

Asked about whether her character Jane Villanueva is bisexual in an interview with BUST magazine, Gina Rodriguez responded with…

Jane is the furthest from bisexual — maybe Gina’s a little closer than Jane is!

This is not the first time Rodriguez has hinted at sexuality either. 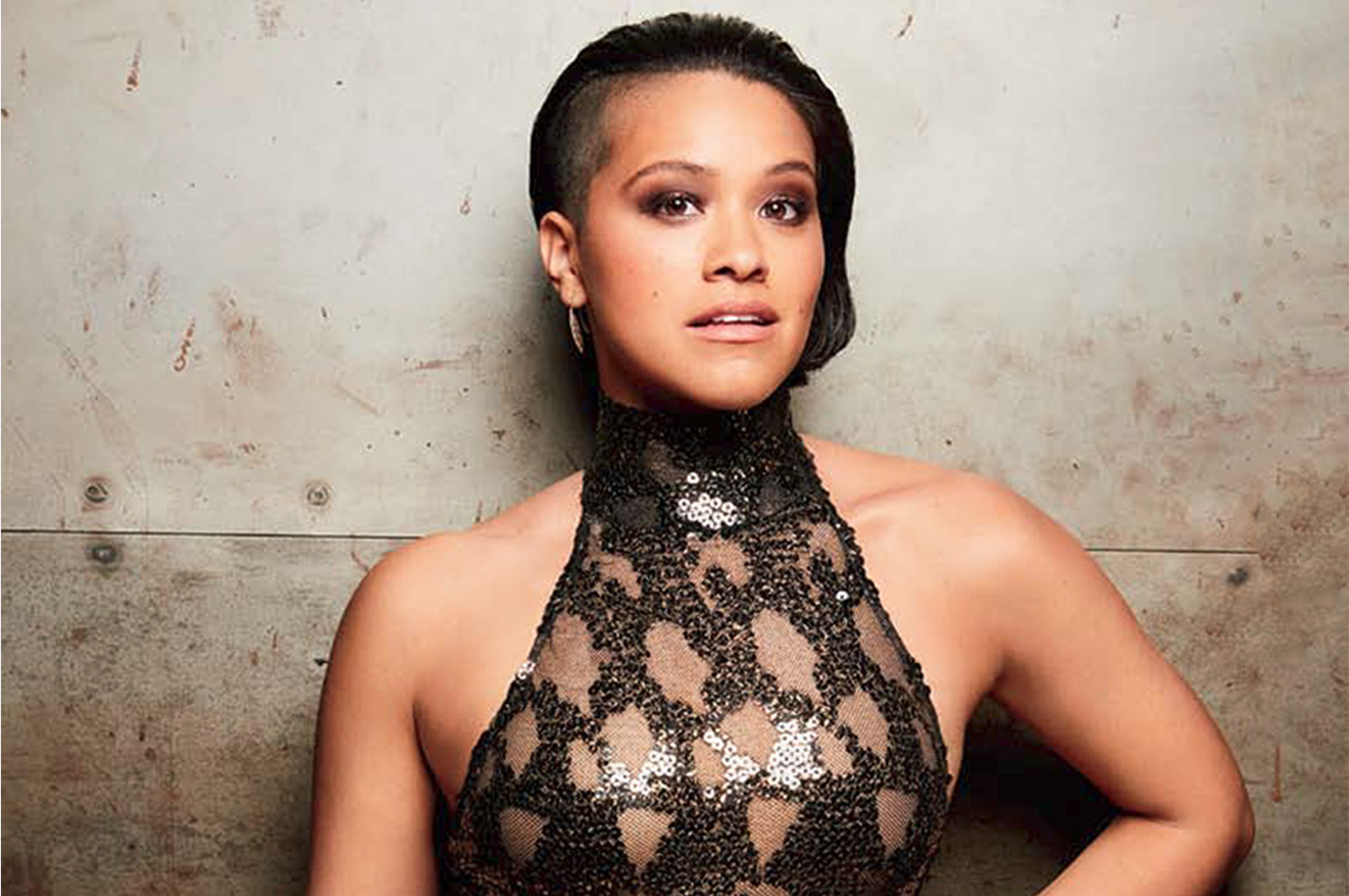 In 2016, she tweeted that she does not feel the need to define her sexuality. She loves ‘hearts.’

In the interview she also said she’d love to play the fictional girlfriend of bisexual actress Stephanie Beatriz.

I want to play her love interest so bad. I really hope they make that happen.”

Series 4 of Jane The Virgin starts this October.

America Chavez is Marvel’s newest, most badass superheroine – and one of the most badass queer women in Hollywood wants to play her in a movie.

America Chavez is a queer Latina superheroine that doesn’t bow to anyone’s notions of femininity or sexuality. She’ll kick butt and kiss whomever she wants, thank you very much.

Her title as Marvel’s Miss America is a slap in the face to anyone who thinks that Americans have to be straight, white men. America Chavez proves that there’s nothing more American – and more radical – than being yourself and battling evil face-to-face.

Actress Gina Rodriguez has recently expressed interest in playing the role if Marvel ever takes America Chavez to the big screen – which, given the intense popularity of diverse upcoming Marvel films like Black Panther, could be sooner than we think.

Gina plays the titular character from the hit show Jane the Virgin, a satiric telenovela that follows the mishaps of a young Latina woman who becomes accidentally artificially inseminated with a rich, handsome bachelor’s baby while she’s engaged to another man. Oh yeah, and in the show, her estranged dad is a superstar. And an evil villain named Sin Rostro is killing people. And everyone has an evil twin. And the narrator is sassy. (Somehow it all makes sense within the show, okay? I did say it was like a telenovela.)

Rodriguez opened up about her sexuality recently. When a fan asked her, “Are you straight?” she replied with, “I don’t need anyone to define their sexuality to me. Nor do I feel the need to either. I love hearts. Period.”

Her response confirms what queer women have long been speculating, seeing as Gina rocks a fierce queer undercut. Fingers crossed that Jane in Jane the Virgin will eventually get a queer love interest.

Gina Rodriguez, best known for her role as Jane in the hit show Jane the Virgin, covers the October issue of Latina magazine. 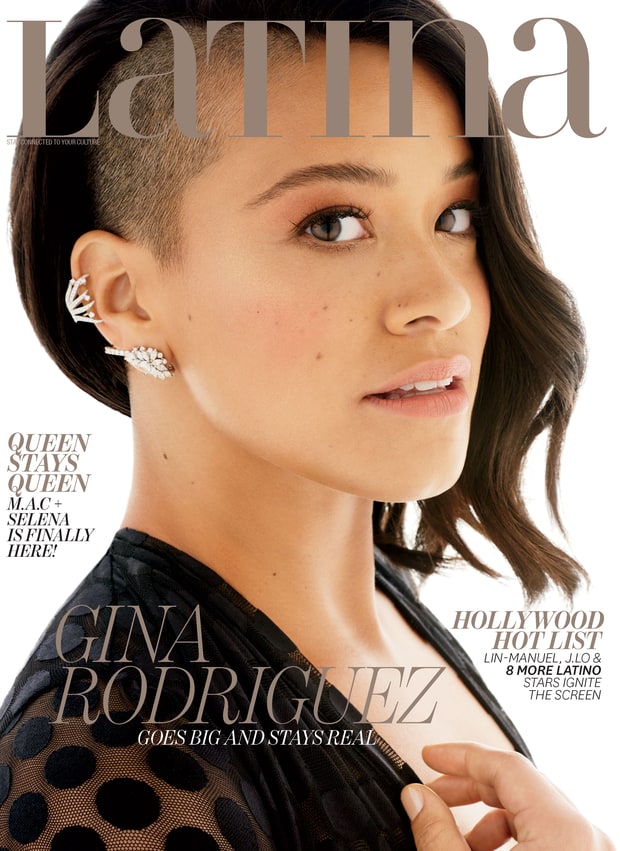 Talking to the magazine, Rodriguez discusses politics, the importance of inner beauty, and the how she was offered multiple movie roles after winning the Golden Globe for Jane the Virgin, but she’s chosen carefully, including the upcoming sci-fi film Annihilation.

It’s about five women who are going into the Shimmer, an entity that’s starting to destroy the world. So we’re trying to stop it. We have guns, we’re doing some badass stunts and it’s a brilliant storyline. I play Anya Thorensen, a paramedic from Chicago who happens to be a lesbian and an ex-addict going into the Shimmer to be the hero that she’s kinda always wanted to be.”

Rodriguez’s co-stars include Natalie Portman and Oscar Isaac. The film is based on a novel by Jeff VanderMeer, directed by Alex Garland, who Gina says, “is absolutely brilliant. You can read any of his books and you’re like, this man can just create any kind of world out of nothing.”

The Golden Globe winner cut off her brunette locks for her part in the sci-fi thriller, but took flack for doing so

I think it all plays into the idea of being your own hero and not feeling like you have to live up to other people’s expectations. I am not my beauty. Who I am is not my f—ing hair, and to be an actor is to transform. To represent a community is to commit, to give my entire all.” 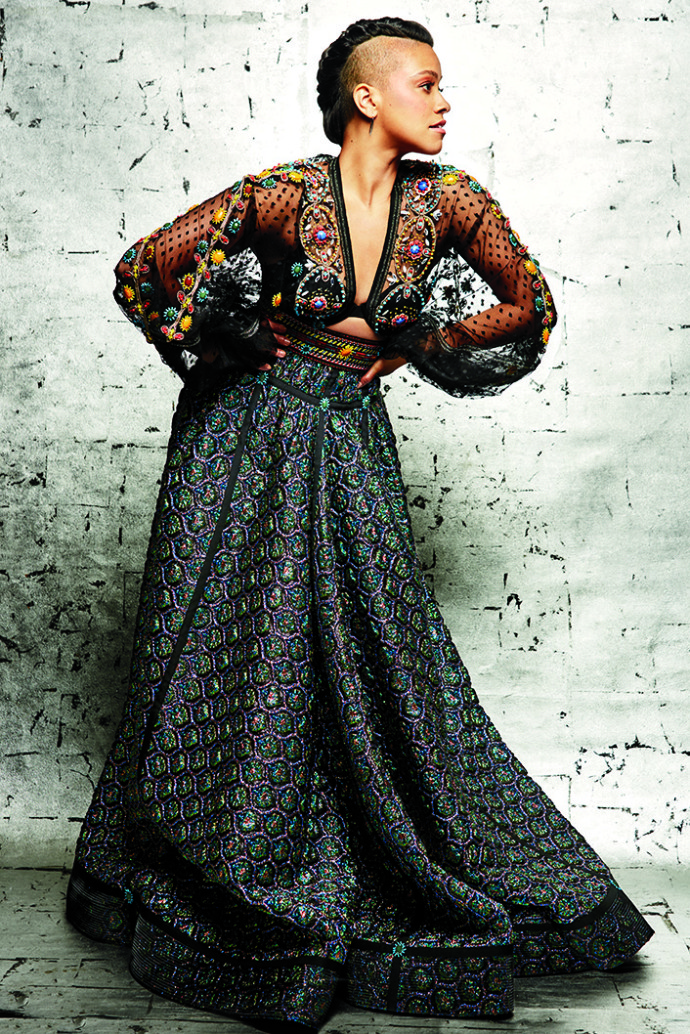 Although filming has already begun, the movie has no offical premiere date yet. But don’t fret: Jane the Virgin returns October 17 on The CW.

Jane the Virgin star Gina Rodriguez took to Twitter this week for a Q&A with her fans. 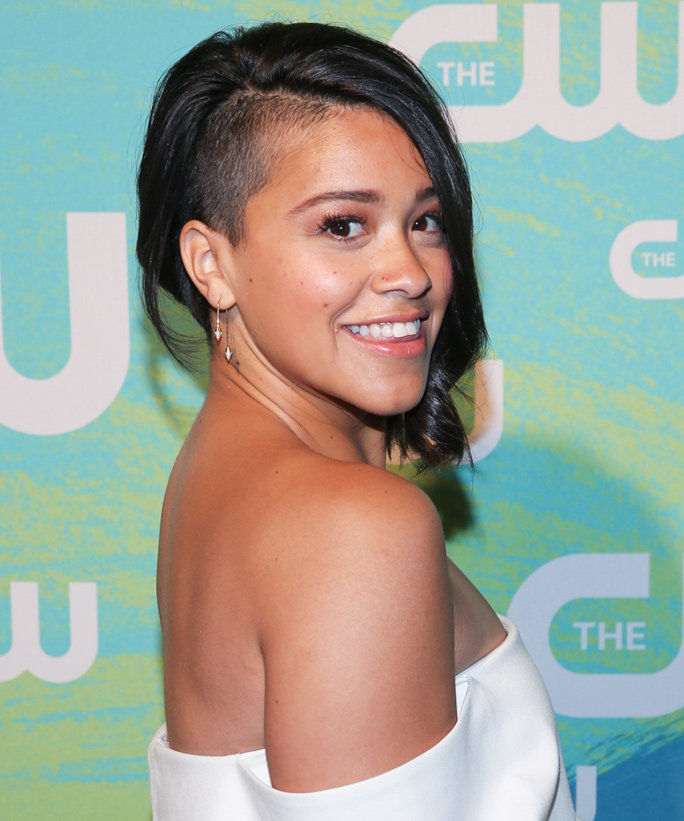 She answered plenty of questions about her hit TV show, what book she’s currently reading and what it’s like to work with a female dominated staff.

However, one question in particular elicited a virtual standing ovation from fans (and us).

When a fan asked, ‘Do you identify as straight?,’ Rodriguez gave the perfect response was perfect

She followed her answer up by responding to this question: “How do you stay positive and happy?”

Yes! Such a beautiful way to say it.