E! Entertainment’s much anticipated premiere of “I am Cait” — Caitlyn Jenner‘s new series documenting her first months as a woman — on Sunday was packed full of emotional and eye-opening scenes.

But one especially memorable moment was when Kanye West arrived with wife, Kim Kardashian, and bestowed the former Olympian with high praise. 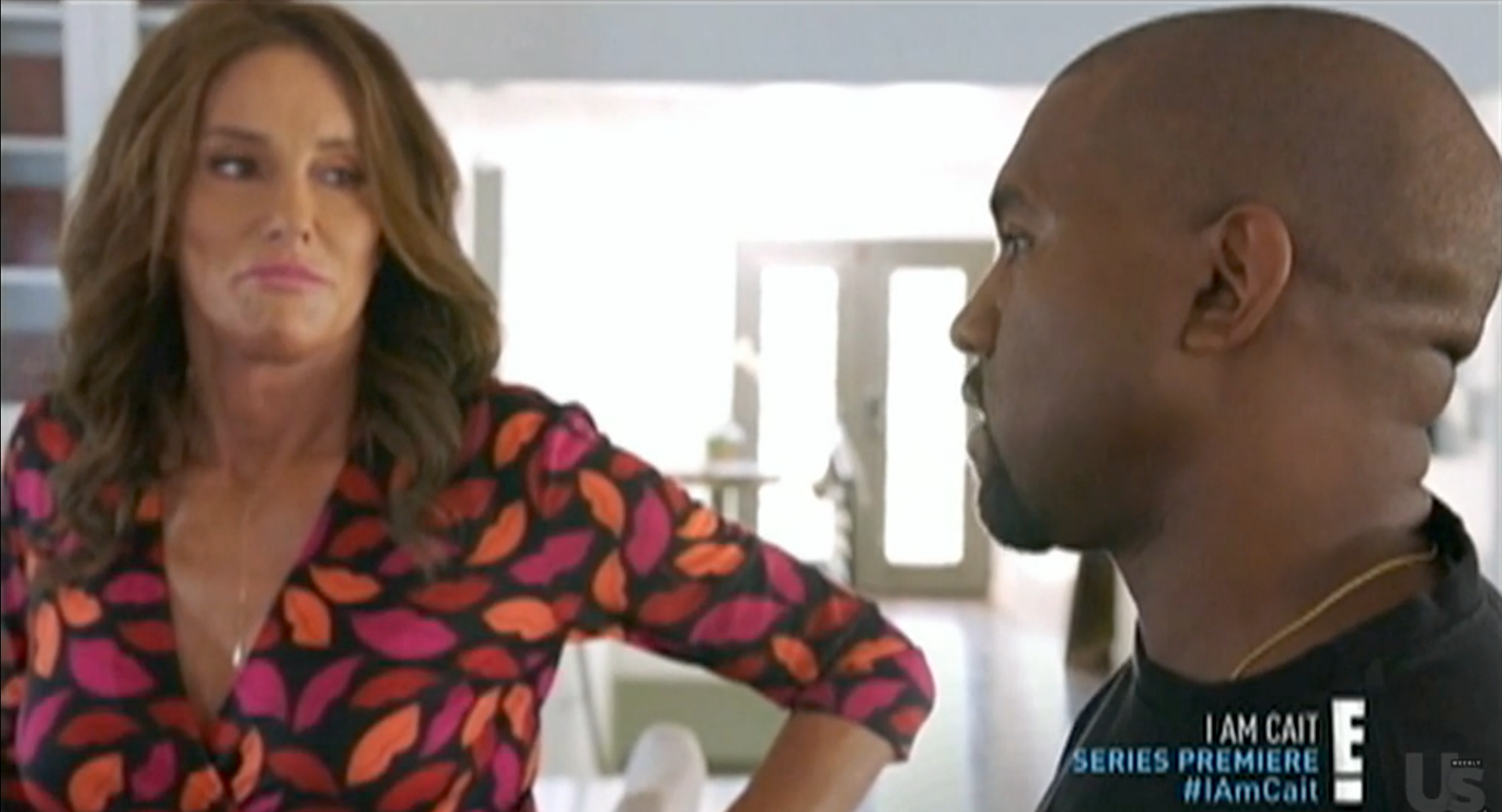 … one of the strongest things that have happened in our existence as human beings that are controlled by perception.”

He went on to say

You couldn’t have been up against more. Like, your daughter is a supermodel, you’re a celebrity, you have every type of thing, and it was still like, ‘f*** everybody, this is who I am.’”

Jenner appeared to be very touched by Kanye’s words.

Later in the show, she explained how much the rapper helped stepdaughter Kim deal with the transition process.

Kanye and I have never really been very close, but I love his open-mindedness,” Jenner said. “I love how he’s helped Kim come to grips with what’s going on.”

‘I am Cait’ has found widespread praise for focussing on anti-trans violence, as opposed to just Jenner’s personal life.