Broad City star Abbi Jacobson has opened up about her sexuality in a new interview with Vanity Fair, telling the magazine, “I kind of go both ways.”

“I date men and women. They have to be funny, doing something they love. I don’t know — I’ve never really been interviewed about this before.”

Jacobson confirmed that she is single, and joked about potential suitors approaching her now that she’s out. “Yeah, who knows?” she said. “The world is my oyster.”

While promoting her role in upcoming drama 6 Balloons, Jacobson also spilled some details about RuPaul’s Drag Race and the next season of Broad City. 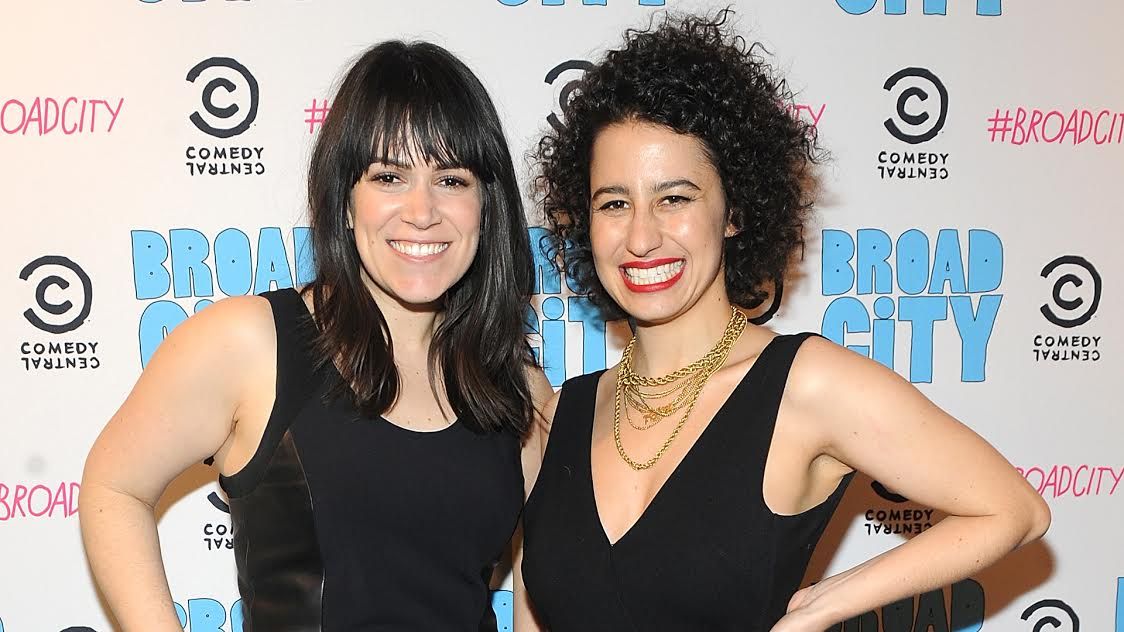 Jacobson said that Broad‘s fifth season was almost finished — the fourth season finished airing in December last year — and that they would be altering their approach to Donald Trump. During the fourth season, any mention of his name was bleeped like an expletive. Now?

“I think we are actually trying to avoid even mentioning him. It’s not even funny anymore.”

As for Drag Race, she and Broad City co-star Ilana Glazer will be appearing in season ten as part of a challenge, with Glazer and Jacobson judging the remaining queens’ performances. No spoilers on who could walk on their episode, however, as “it’s pretty much under lock and key over there,” she said.

“I know roughly when it airs because, as a judge, I know how many contestants are left. But I can’t say.”

When you were ten, she played Maeby Bluth, and you wished you had her wild freckles and bouncy, curly hair. When you got older, you binge-watched all episodes of Search Party and drooled over her a Alexander Hamilton.

Last year, you watched her be Ilana Glazer‘s queer doppelganger and wished you were Ilana so that your queer fantasies could come true. 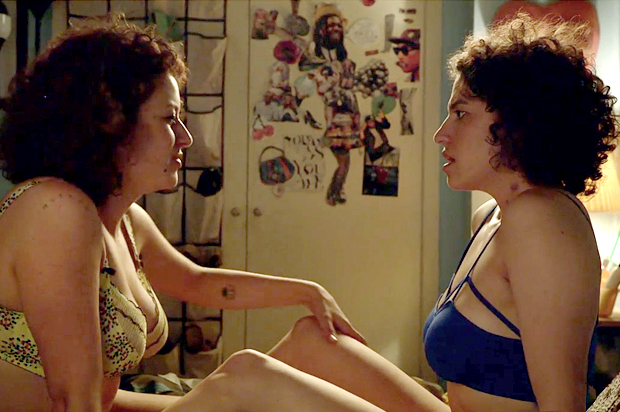 Well, today is a happy day. Because Alia Shawkat – of Arrested Development, Search Party, Drunk History and Broad City – has finally come out as queer.

She did it in a recent interview with Out (naturally) when discussing her latest film endeavor, a film called Paint It Black. Whereas Shawkat is known for her dry comedic wit, Paint It Black is a noticeably darker psychodrama. The film meditates on the queer and somewhat twisted relationship between a girl (Josie) and the mother of her dead boyfriend.

Shawkat always knew she was just a bit different. She was a tomboy growing up. When she was ten, her mother asked her, “Are you attracted to boys or are you attracted to girls?” Shawkat said that she didn’t know; who does when they’re ten?

However, she now identifies as bisexual, and credits her balance of “male and female energies” for her growth as an actress.

After Paint It Black, she’ll throw her energies into a film that she wrote and is starring in, Duck Butter. Duck Butter is a queer romance between two women. Fun fact: One of the parts was originally written for a man, but they couldn’t find the right guy, so they swapped the role.

Coming out as queer and creating queer content might be seen as a bold step, but Shawkat says, “I used to be less outspoken. But as a woman, an Arab-American, and a member of the LGBTQ community, I have to use whatever voice I have. There’s no more delicacy in being quiet.”

Following Tuesday’s release of the Sleater-Kinney new album No Cities to Love, NPR has made available a full video of the intimate, 90-minute panel discussion, hosted by the stars and creators of Comedy Central’s Broad City.

Glazer even read off a few questions submitted by Amy Poehler, an avowed Sleater-Kinney fan who helped will Broad City into televised existence.

Watch the new Sleater-Kinney video featuring Ellen Page, Miranda July, Natasha Lyonne, Sarah Silverman and so many more of our faves sing the band’s new song, “No Cities to Love,” which is the title track off their album, coming out next Tuesday.