Gender isn’t always male or female, transgender or cisgender, or even genderqueer or agender. Unfortunately, Intersex people often get left out of the conversation, partly because people just don’t understand it. After all, even if a transgender person transitions, they were still born as “one or the other.” Right?

That’s a common misconception. And Lindsey, with her gender non-conforming Teddy Bear, are here to educate people about the truth.

On her show Queer Kid Stuff, Lindsey easily and queerly explains facets of LGBTQ life; while she technically makes the videos for children/young adults, her simple and easy-to-follow style is helpful for any age group. On a recent episode, “I is for Intersex,” she invites intersex activist and Everyone is Gay writer Claudia Astorino to break down what it means to be intersex.

Intersex people have bodies that aren’t easily defined as boy bodies or girl bodies. Some parts we expect most boys to have, some body parts we expect girls to have, and sometimes traits that most girls or boys don’t have, all in the same body.”

While the other letters of LGBTQIA are either genders or sexualities, being intersex is technically neither, and has no bearing on how people identify. Some intersex people identify as male, female, a/bigender, genderqueer, or anything, really, and can be of any sexuality.

Growing up as an intersex child can be traumatizing, because children are taught from a very young age that people are either boys or girls. It’s as if the world is full of only apples and bananas, and one day an orange shows up. It’s isolating, lonely, and confusing, and people assume intersex people don’t really exist.

The “I” in LGBTQIA is often overlooked. Many people don’t even know what “intersex” means, although they probably know someone who is.

Intersex means that someone’s sexual anatomy does not line up with typical male and female binaries. For example, a person may look typically male on the outside, but possess female anatomy on the inside.

Conversely, a person may have genitalia that does not align to either sex – boys may have particularly small penises or scrotums that are shaped like labia, and girls may have extremely long clitorises or vaginas without an opening. But intersex identities are different, and some people never even realize that they’re intersex.

Recently, New York state made an important first step in recognizing these identities by issuing its first intersex birth certificate.

The recipient, Sara Kelly Keenan, had waited fifty-five years for this birth certificate. She was born with female genitalia, male genes and reproductive organs of both sexes, so she never identified with simply male or female. Her new birth certificate, which replaces the “F” with an “I,” feels both “empowering” and “shocking,” Keenan told Mic. 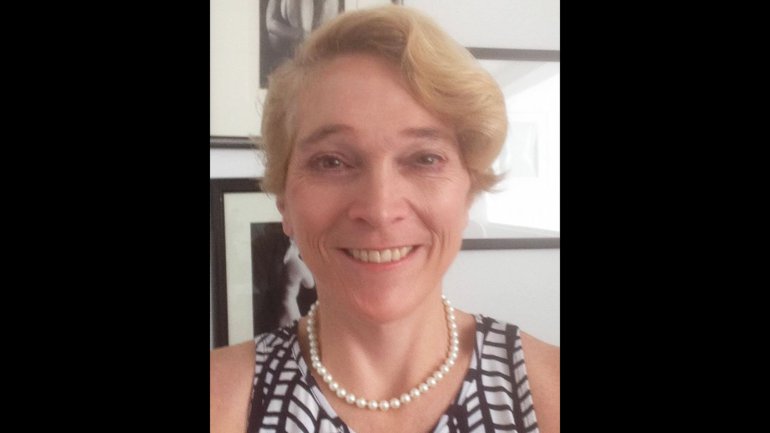 Her parents forced her to adhere to strict gender roles, which only isolated Keenan further. For ten years, if she didn’t wear a dress, she was not allowed to attend her own birthday party.

It wasn’t until 2012, when Keen was already in her fifties, that her father told her that she was intersex. When she was born, the doctor was confused about her genitalia, but her parents decided to raise her as a girl.

The intersex designation is different from non-binary. In California, Keenan had her gender legally changed to non-binary (and was only the second U.S. citizen to ever do so), but New York state rejected the term “non-binary.” In New York, gender is marked on birth certificates based on biological genitalia, so instead of non-binary they granted Keenan “intersex.”

Keenan believes that it’s just a matter of time before people will be able to legally define themselves beyond just intersex, male and female. She looks forward to that day.

In the meantime, she will continue working with the Intersex and Genderqueer Recognition Project and advocating for the 1 in 2,000 children who are born intersex.

A new video is out from the United Nations, which is hitting home the impact of discrimination – “Lesbian”, “gay”, “bisexual”, “transgender”, “intersex”, “queer”: can you see past the labels?

The video is from the United Nations Free & Equal campaign which celebrates the contributions that millions of lesbian, gay, bisexual, transgender and intersex people make to families and local communities around the world. The cast features “real people” (not actors), filmed in their workplaces and homes — among them, a firefighter, a police officer, a teacher, an electrician, a doctor and a volunteer, as well as prominent straight ally and UN Secretary-General Ban Ki-moon.

It challenges you to look beyond the label and see these people for what they truly are, just normal people going about their daily lives.

The video was launched in Times Square in New York City, where it will play throughout the day, and on YouTube.

Ki-Moon, the Secretary-General of the UN, said:

We should all be outraged when people suffer discrimination, assault or even murder simply because they are lesbian, gay, bisexual or transgender. We should all speak out when someone is arrested and imprisoned because of who they love or how they look. This is one of the great neglected human rights challenges of our time. We must right these wrongs!

Some may oppose change. They may invoke culture, tradition or religion to defend the status quo. Such arguments have been used to try to justify slavery, child marriage, rape in marriage and female genital mutilation.

I respect culture, tradition and religion, but they can never justify the denial of basic rights. My promise to the lesbian, homosexual, bisexual and transgender members of the human family is this: I’m with you. I promise that as Secretary-General of the United Nations I will denounce attacks against you and I will keep pressing leaders for progress.”

Intersex is an umbrella term referring to people born with differences in their sex characteristics.

These differences can occur in places like their genes, chromosomes, genitalia, reproductive organs, hormones, or secondary characteristics (like body hair). It is a totally natural, not infrequently encountered medical condition, but despite this their is unfortunately a lot of shame and secrecy within our communities, perpetuating the invisibility. So many intersex people have been instructed by our doctors, parents, and friends not to tell anyone about our conditions, which makes people feel shameful and unworthy.