This year has blessed us with a variety of online LGBTQ content as we’ve had an embarrassment of riches when it comes to must-watch web series.

Each of these shows have episodes of around 10 or 5 minutes; bite size chunks just long enough to ramp up the drama but short enough to keep up with our frazzled attention spans.

Hoping to join the hallowed halls of web series greats is 10percento. However, Badhole, the group of Italian women filmmakers behind the series has chosen to forego the usual video platforms and is instead posting the entire thing on Instagram.

Not only does that name nod its head to the (slightly out-dated) statistic that 10% of the population is gay, but each ‘episode’ of 10percento is just 10 seconds long as well. Badhole is posting the series’ 100 episodes in batches of 25 each week (we’re now up to 75 episodes). 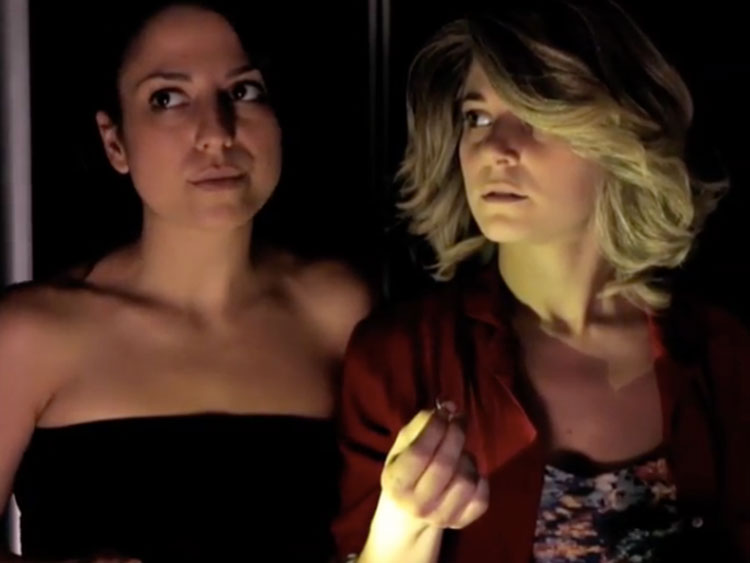 Across those 10 second snippets (which makes for about 16 and a half minutes of viewing altogether), viewers will follow two women as they are unfortunately and rather uncomfortably stuck in a lift.

The ‘stuck in a lift trope’ is a common one as anything can happen when you’re stuck in a tiny metal box for what feels like forever, forced to interact with this person who is stuck beside you and naturally, you’ll spend the full 100 episodes hoping that the women will get together.

But familiar love story plot aside, does the actual formatting work? Yes and no.

While each subtitled episode is easy to watch (it’s in Italian with English subs), 10 seconds or even 16 and a half minutes isn’t a crazy amount of time to tease a will they/won’t they plot and even those who struggle to keep up with traditional web series will may find the medium a little lacking.

On the bright side, though, Badhole will be posting a ‘director’s cut’ on YouTube at some point in the future so you may want to wait for that instead.

This year, Italy has seen a number of city officials – including the Mayor of Rome –officially recognise the weddings of gay and lesbian couples overseas, despite threats from the government not to do so. 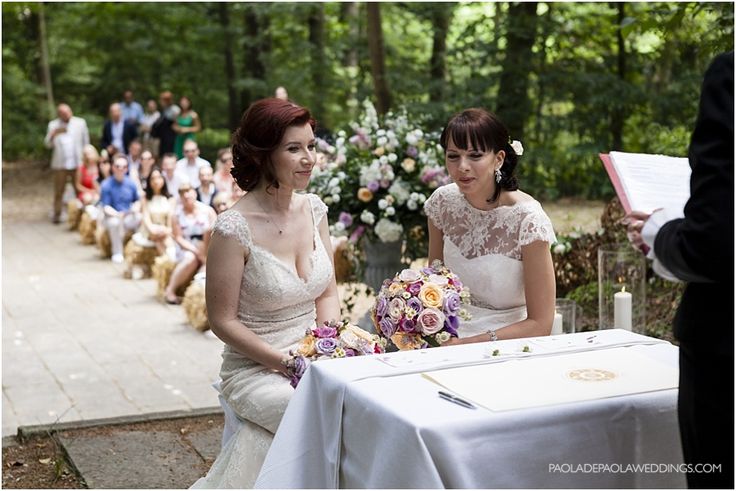 However, they will now be forced to stop doing so, and to strip existing same-sex spouses of their legal rights.

Last year my circular banning the transcription of gay marriages contracted abroad drew controversy, sometimes even violent aggression and a hail of appeals.

Now the Council of State has borne me out entirely: marriage between two people of the same sex is not contemplated under Italian law, therefore the transcriptions made by local mayors are illegal and monitoring is the competence of the prefect. Very good.”

Italy has poor provisions for LGBT people party due to the strong influence of the Catholic Church, with no country-wide recognition of same-sex couples at present.

A civil unions bill was recently tabled in the country’s Parliament, but is yet to come to a vote. Same-sex marriage has been emphatically ruled out.

The new proposed law would offer some, but not all, of the benefits of marriage.

Included in the law would be partial pension rights, automatic inheritance and would enable same-sex partners to adopt each other’s children, if the child only has one legal parent.

However, some have slammed it as a poor compromise.

Italy is a country is not really known for its support of same-sex couples. But it would appear we’ve found a new champion in the actor Sabrina Ferilli, who is seeking to change the perception of lesbians in a country where homosexuality is often depicted in negative terms. 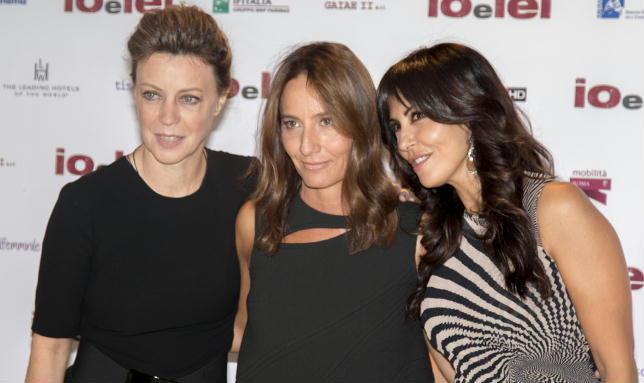 Ferilli is starring in Io e Lei (She and I), a romantic comedy released in cinemas this week that depicts what critics are calling a “normal” lesbian relationship.

It is an important movie that is speaking to society and politicians, and it’s saying that there aren’t rights for gay and lesbian couples. Sabrina Ferilli is a real female symbol in Italy. It’s important she has this role so that people understand that lesbians don’t come from another planet.”

An article in Italian daily La Stampa said that the value of Io e Lei, a film by Maria Sole Tognazzi, was that it would not scare people, but instead “entered on tiptoe” in a country that regards same-sex relationships as deeply controversial. 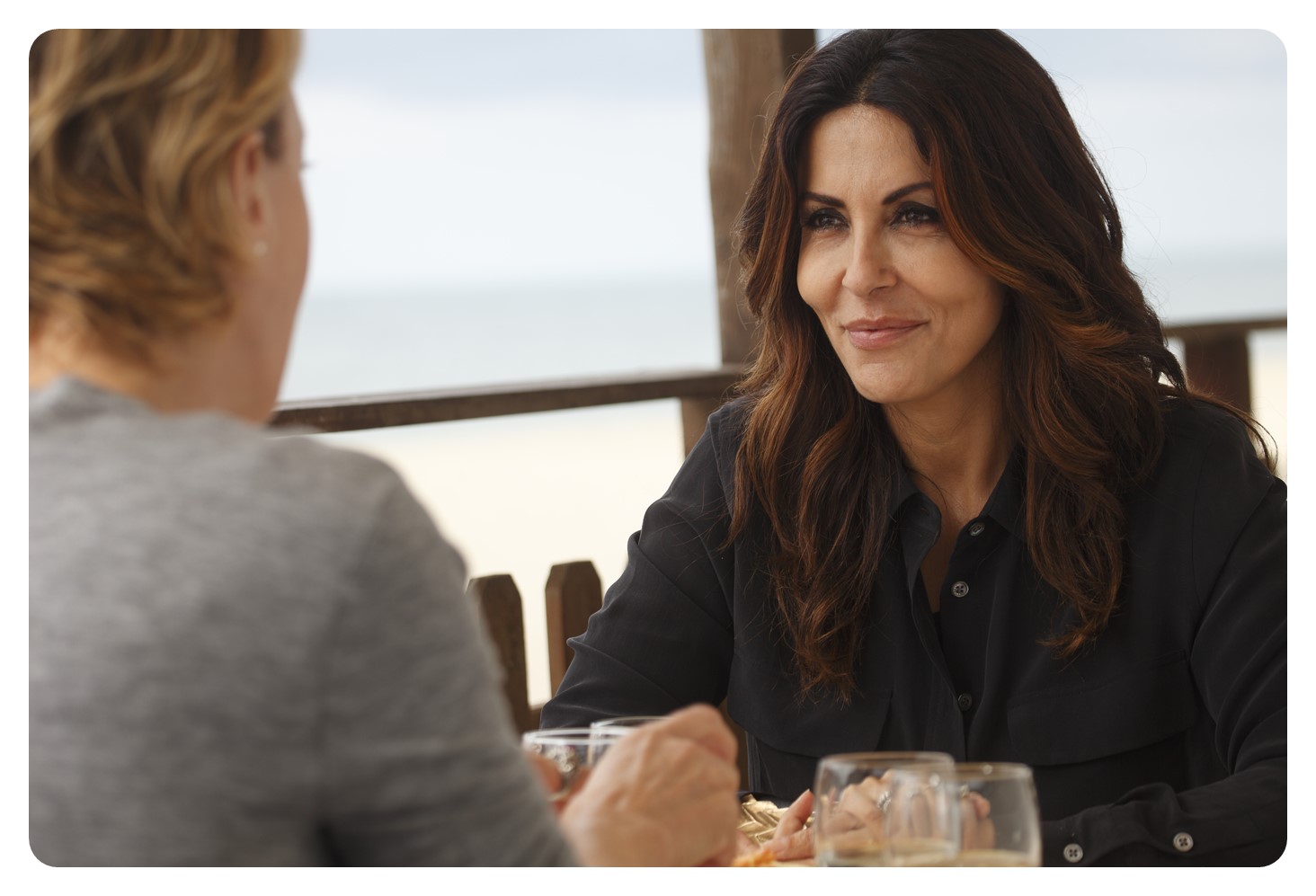 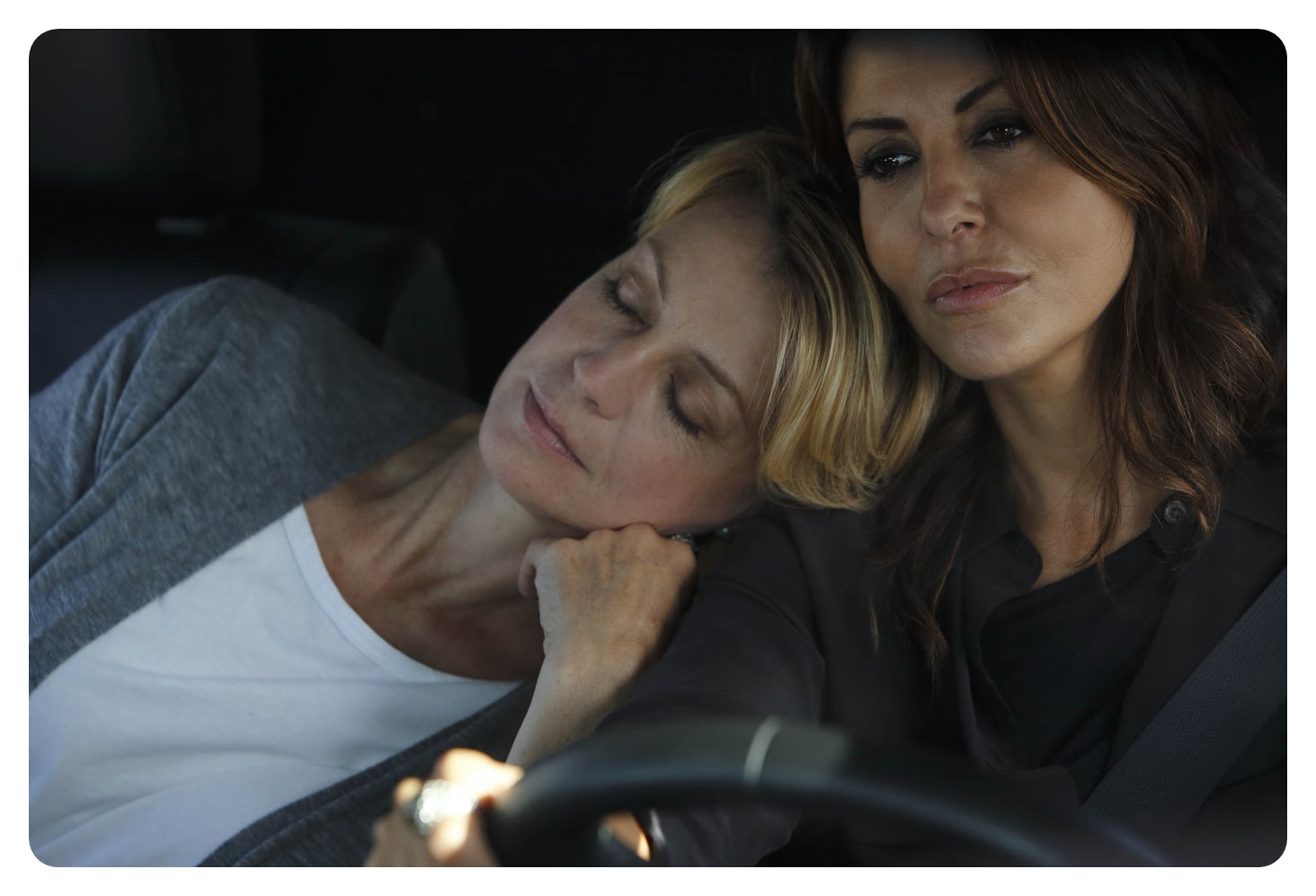 I was caught by the idea of a story of two women who love each other, with total communion of feelings. I never turn away from battles. We live in a country that is bigoted, that leaves people on the street, with no solutions, particularly those who are considered not normal.” 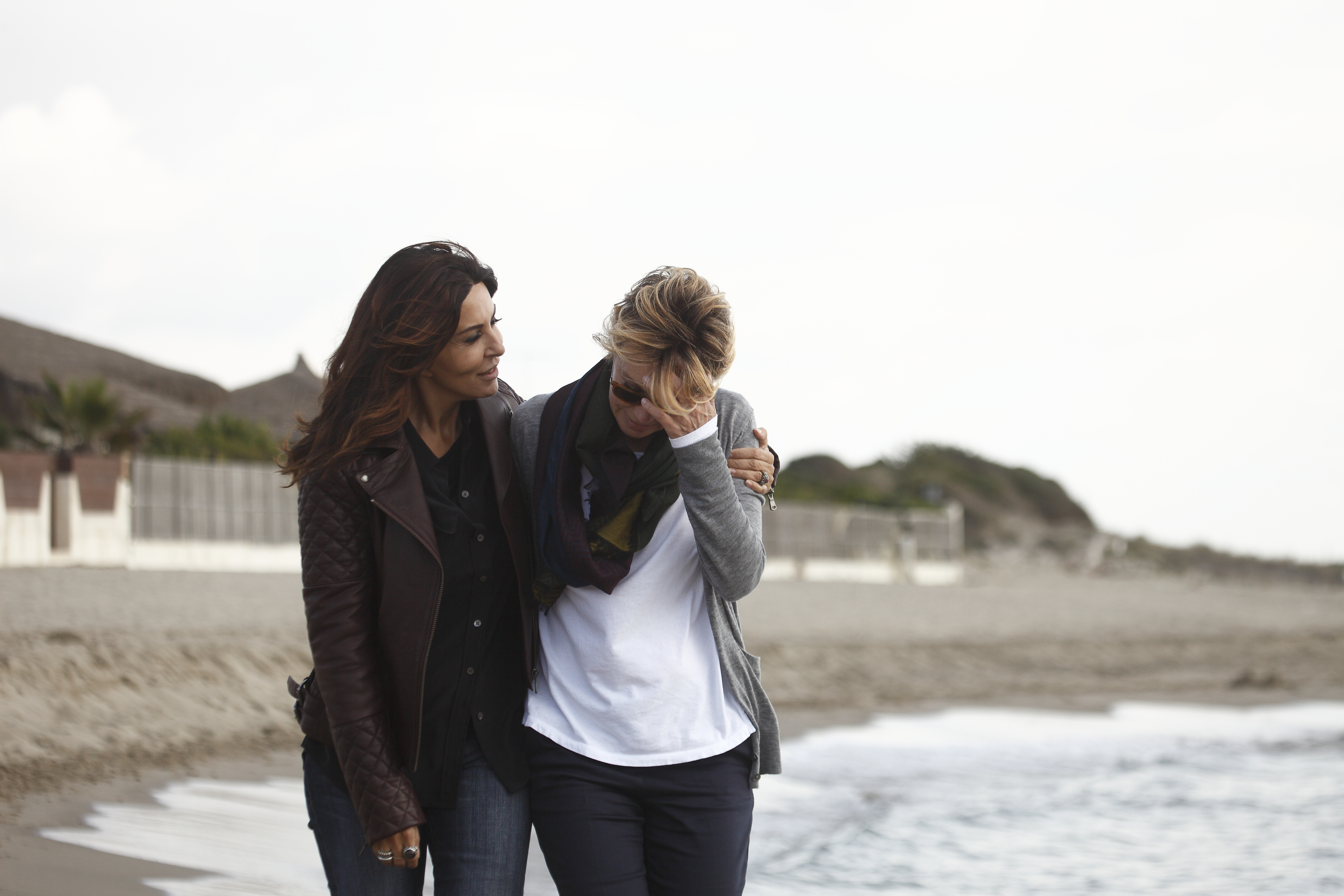 The film’s release comes as Italian lawmakers are gearing up for a potentially controversial vote this month that would offer same-sex couples the right to a civil union.

Italy is now the only major western European country that does not recognise such partnerships.

Matteo Renzi, the centre-left prime minister, has vowed since he came to power last year to pass legislation offering same-sex couples the right to civil unions, but he has struggled to find a willing majority to push the law through.

Italy is facing international pressure to act following a July ruling by the European court of human rights that found the country did not offer adequate legal protection and recognition to same-sex couples.

Marrazzo, the gay rights campaigner, said a majority of Italians do support civil union rights – about 80% – although support wanes when people are asked whether LGBT couples ought to be allowed to adopt children.

Marrazzo sees the release of Io e Lei as a good step, even if the real battles ahead cannot be left only to “fiction”.

The Italian women’s cup final has been called off as a result of alleged comments by Felice Belloli, the president of the county’s amateur football association, referring to female players as a “bunch of lesbians”.

Brescia were due to play Tavagnacco last weekend, but the match has been scrapped, the association representing female players and coaches, has confirmed.

Belloli allegedly made the comments when discussing funding for women’s football in Italy. At a meeting of the Lega Nazionale Dilettanti he is alleged to have said:

That’s enough, we can’t always talk about giving money to this bunch of lesbians.”

Belloli was quick to deny making the comments, making a statement to La Gazzetta dello Sport.

I never signed those minutesCan you see my signature on them? No, and I can tell you why – because minutes can be taken and amended by anybody. I know how the minutes are taken at the LND. All I am saying is that I did not utter that phrase.”

Patrizia Panico, the veteran Verona and Italy forward, said that if the comments were accurate then they were “sexist, male chauvinist and ignorant”.

To be honest I thought it was a joke but when we realised it wasn’t a joke we immediately wrote to the federation to ask for an immediate investigation. It’s hugely damaging. We have a women’s football movement with 11,000 athletes in Italy, you can imagine we have one million playing men’s football. All the players have said to the federation that they don’t want to play the final, so now the game is not going ahead. If he (Belloli) resigns the game could still be played.”

An  court has for the first time recognised the legal status of a child born to a lesbian couple in a ruling, made public yesterday, that challenges the country’s official stance on marriage only being between a man and a woman.

Italy, where the Roman Catholic church still has a great influence on politics, does not allow same-sex marriage or civil partnerships. However, in recent months some courts and town councils have begun to recognise the validity of same-sex marriages contracted abroad.

The appeals court in Turin ruled that the birth of the child, conceived by artificial insemination and born in Barcelona to a Spanish and Italian lesbian couple, should be transcribed into the official records of the town where the Italian woman lives.

The ruling gives Italian citizenship to the child, who was born in 2011, and means it can come to Italy to be with the mother, who is now divorced from her Spanish ex-wife.

Same-sex marriage is legal in Spain and a Barcelona court gave joint custody to both women.

The Turin court’s ruling, which was issued in October but only made public on Wednesday, overturned a 2013 verdict that the birth could not be legally recognised in Italy.

The appeals court said it was acting in the “exclusive interests of the child, who has been brought up by two women which the (Spanish) law each recognises as its mother”.