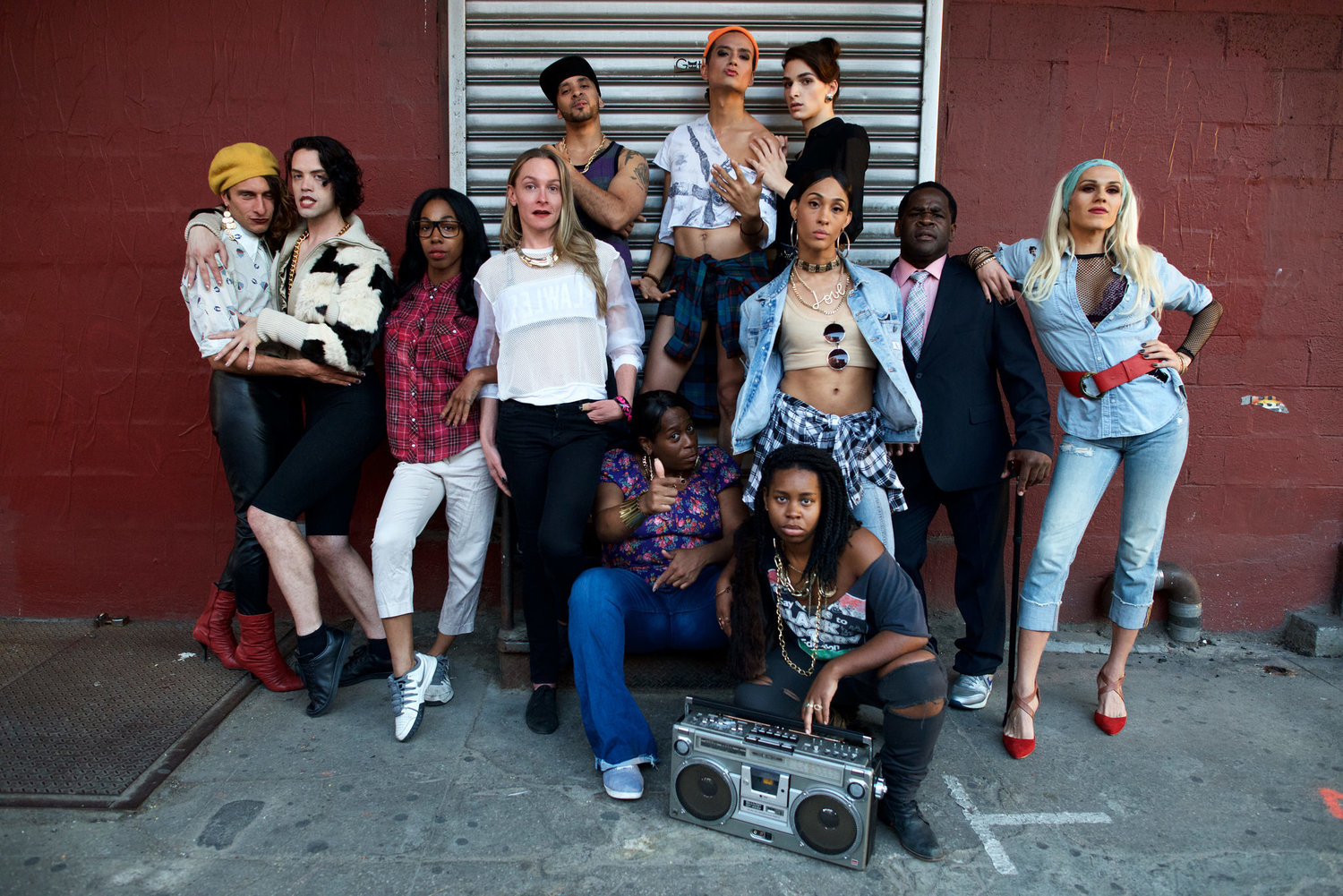 Former Doctor Who star, and one of our favourite queer characters from Sense8 Freema Agyeman has opened up about leaving her ‘comfort zone’ while filming her first nude lesbian sex scene.

Sibling directors Lana and Andrew Wachowski (Bound fame) created the acclaimed Netflix series Sense8 earlier this year. The story focuses on eight individuals around the globe with a psychic connection

Not only was the show written by a trans* writer, but it also features an openly trans actress Jamie Clayton, who is in relationship with Agyeman.

Speaking to the Big Issue, Agyeman opened up about the role – which featured a lesbian sex scene complete with a rainbow sex toy – and the show’s progressive trans and sexually fluid storylines.

The Wachowskis have always been massive heroes of mine. It was a significant chapter in my career on so many levels, playing a part that was so far out of my comfort zone.

It scared me in so many ways – it was my first American role, my first nudity, my first real love relationship. The pressure to convey that emotion authentically was a huge challenge.”

However, though the sex scene initially intimidated her, the actress added:

Once you take your clothes off and dive in it’s strange how quickly it becomes comfortable. Fear is just a word.”

My inbox is flooded with people expressing gratitude, which blows my mind. I feel so honoured and proud to tell a story that people feel is truly representative of them in an area that’s so lacking in television.

There are a lot of channels that would argue they have LGBT relationships but we’re not talking about touching on it and moving on, it’s about fully exploring it.

Netflix is out there dancing to its own drumbeat. I can feel a momentum shift. TV is becoming so much more complex than it once was.”

Read the full interview via the Big Issue.

Sibling directors Lana and Andrew Wachowski (Bound fame) created the acclaimed Netflix series Sense8 earlier this year. The story focuses on eight individuals around the globe with a psychic connection

Not only was the show written by a trans* writer, but it also features an openly trans actress Jamie Clayton, who is in relationship with former Doctor Who actress Freema Agyeman.

The drama, which also explored the concept of gender and sexuality – featuring not only a trans character, but also a trans* women in a lesbian relationship – has been renewed by Netflix for a second season.

Netflix confirmed the news, tweeting: “Birthdays are just the beginning. #sense8 is reborn.”

Netflix has not officially announced the plans to a press – but given the service’s usual model, the show is expected to return next year for another run of 12 episodes.