Tom Leahy is a teacher at a school in Kansas, who has been asked to resign after playing a viral anti-homophobia video to 14 year olds in his social studies class at Conway Springs Middle School.

As part of a history lesson on tolerance for an Eighth grade class, the teacher played short film Love Is All You Need.

Based on the award-winning short film of the same name, the hugely popular anti-bullying clip challenges society by exploring bullying and prejudice in a new light. 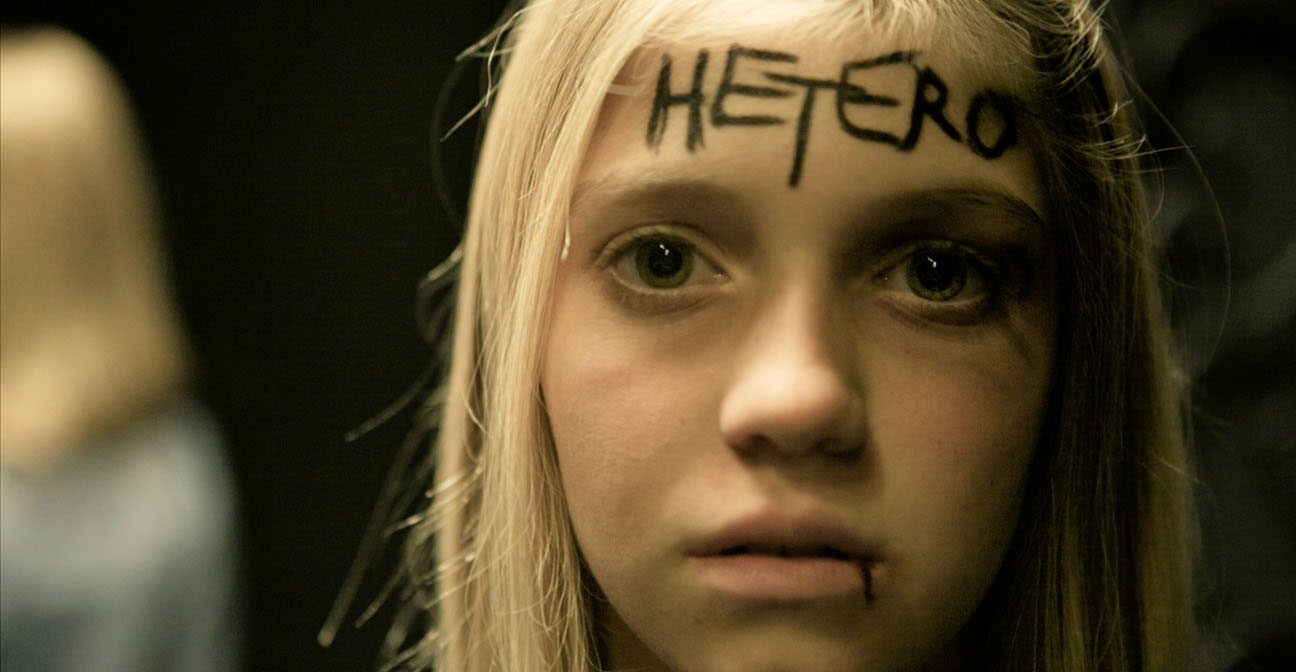 Now with more than 12 million views on YouTube, the film is based on the premise of the ‘reversed world’ – where social roles are inverted – ‘gay is straight and straight is gay’ – this unique viewpoint allows viewers to ‘walk a mile’ in another’s shoes.

However, Mr Leahy told the Wichita Eagle that the video had “upset too many people” in the predominantly Catholic town, and that he has been asked to step down despite teaching at the school since 1997.

I knew something was going to happen. I just didn’t know this would happen.”

Watch the full film below;

If you’ve been around the queer media block a few times then you’ll be very familiar with the ‘gay girl falls in love with her best straight friend’ trope. We’ve seen it on many occasions in Glee, Degrassi and Once Upon a Time, just to name a few. But by now we’re bored of it. Lesbians don’t always fall in love with their straight BFFs and they deserve to fall for someone who loves them back.

Thankfully, the stars of The Gay Women Channel know this and the two YouTubers, Sarah Rotella and Adrianna DiLonardo are using their years of experience as a director and writer (respectively) to put together a movie. The film is a comedy called Almost Adults and unlike the trophy gay content we’re used to, the film will star a lesbian who isn’t in love with her straight best friend whatsoever.

Instead, the conflict between the two main characters Mackenzie (played by Elise Bauman of Carmilla fame) and Cassie (the actress who plays her will be revealed on April 1st) is because they are headed in different directions in their lives. Mackenzie is coming to terms with her sexuality and Cassie is choosing a career path and this is extra stress on top of the fact that they’re in their final year of college. You’ll be glad to know, though, that despite the massive amount of pressure on Mackenzie, she does find love. Rotella and DiLonardo are staying quiet on the details of that, though.

So when can we see Almost Adults? The film is currently seeking backers on Kickstarter and although the goal is $40,000, backers have blitzed through that and at the time of writing the current raised amount is $96,000. Backers are being told that their perks (some of which include digital downloads of the movie) will be delivered by July 2015 so we can expect to see the film then.

The campaign ends in four days and some of the other perks include a personalised voicemail from Sarah and Adrianna, an executive producer credit on IMDB, and an invitation to go to an Almost Adults table read.

Katherine Heigl’s gay marriage film ‘Jenny’s Wedding’, is set to be picked up by a distributor at the American Film Market.

The lesbian feature tells the story of Jenny (played by Katherine Heigl), who has led an openly gay life – except with her conventional family. When she finally decides to start a family of her own and marry the woman they thought was just her roommate, her family’s world will be turned upside down.

The film – written and directed by Mary Agnes Donoghue (Beaches, White Oleander, and Deceived) – recently attracted attention for launching a crowdfunding campaign for completion funds. Fans pledged $96,000 towards post production costs via a campaign on indiegogo.

Donoghue said the production wrapped in Cleveland last year, however post production has only recently been completed thanks to the fundraising efforts of fans who helped raise the money for the films final grading, sound mix and titles.

The director says she didn’t make ‘Jenny’s Wedding with the intention of it being a blockbuster hit. She is telling the story of her niece, also named Jenny, who came out to her sister and told her that she wanted to marry a woman. This film is chronicling the journey that they went through together as a family and the personal courage it took Jenny, as well as each of her family members, to live outside of their comfort zone and explore a new world together in order to come back together as a family.

“There is a Jenny in my life and family but this really isn’t her story, but the people who inspired the story have told me that they felt that we had captured them in the film.”

Donoghue is hopeful that Heigl’s increased profile (thanks to the pick up ofher new TV series State of the Nation by NBC), will bode well for a cinema release of Jenny’s Wedding.

Based on the award-winning short film of the same name, the proposed feature film Love Is All You Need? challenges society by exploring bullying and prejudice in a new light. Based on the premise of the ‘reversed world’ – where social roles are inverted – ‘gay is straight and straight is gay’ – this unique viewpoint allows viewers to ‘walk a mile’ in another’s shoes.

Inversed, mainstream norms are thrown into chaos as we follow multiple story-lines of everyday people who are bullied for the opposite-sex partners they love. This inversion is a powerful learning tool that has created an overwhelming response from people all over the globe. Translated in 15 different languages, the filmmakers receive emails daily about how the film has helped ‘change minds’ and open otherwise close-minded people to understand that ‘Love does not define who you are’.

The original short film was released in 2011, and went on to win numerous festival accolades, be viewed over 30 million viewers online. This project has created an overwhelming response from people all over the globe. Translated in 15 different languages, the filmmakers receive emails daily about how the film has helped ‘change minds’ and open otherwise close-minded people to understand that ‘Love does not define who you are’.

The writer and director – Kim Rocco – has now started an Indiegogo campaign to raise money to turn the short film into a feature-length film. Rocco is just 21, but became one of LA’s most coveted union script supervisors, working closely with notable mentors such as J.J. Abrams and Gore Verbinski.

The film has also gained the support of GLSEN (Gay Lesbian Straight Education Network) and From The Heart Productions.

To support the project go too www.icantstopbullying.com.

Watch the original short film – Love is All You Need?