Italian photographer Teo Butturini has captured images of young LGBTQ people living in Beijing in the places that are important to them as part of his latest project, which attempts to tackle stigma in China.

Homosexuality was deemed both a criminal offence and a mental illness in China as recently as two decades ago, and enormous stigma remains with many Chinese psychologists believe homosexuality can be “treated” and offer programmes to “turn youths back to heterosexuality”.

Thirty years of single-child policy created an even more difficult situation for LGBTQ people. In a country where the young are expected to provide for their parents and having a son is considered a must, parents often cannot accept that their child is gay, even if they can accept the general idea of homosexuality.

Many young LGBTQ people move from their own villages to big cities, in order to escape ostracism – often those who remain hide their sexuality or are forced into marriages by their parents. Recently the Chinese government issued a document forbidding the airing and publishing of any content related to violence, drug and alcohol abuse, adultery, smoking, reincarnation, homosexuality and any form of behaviour that “exaggerates the dark side of society”. 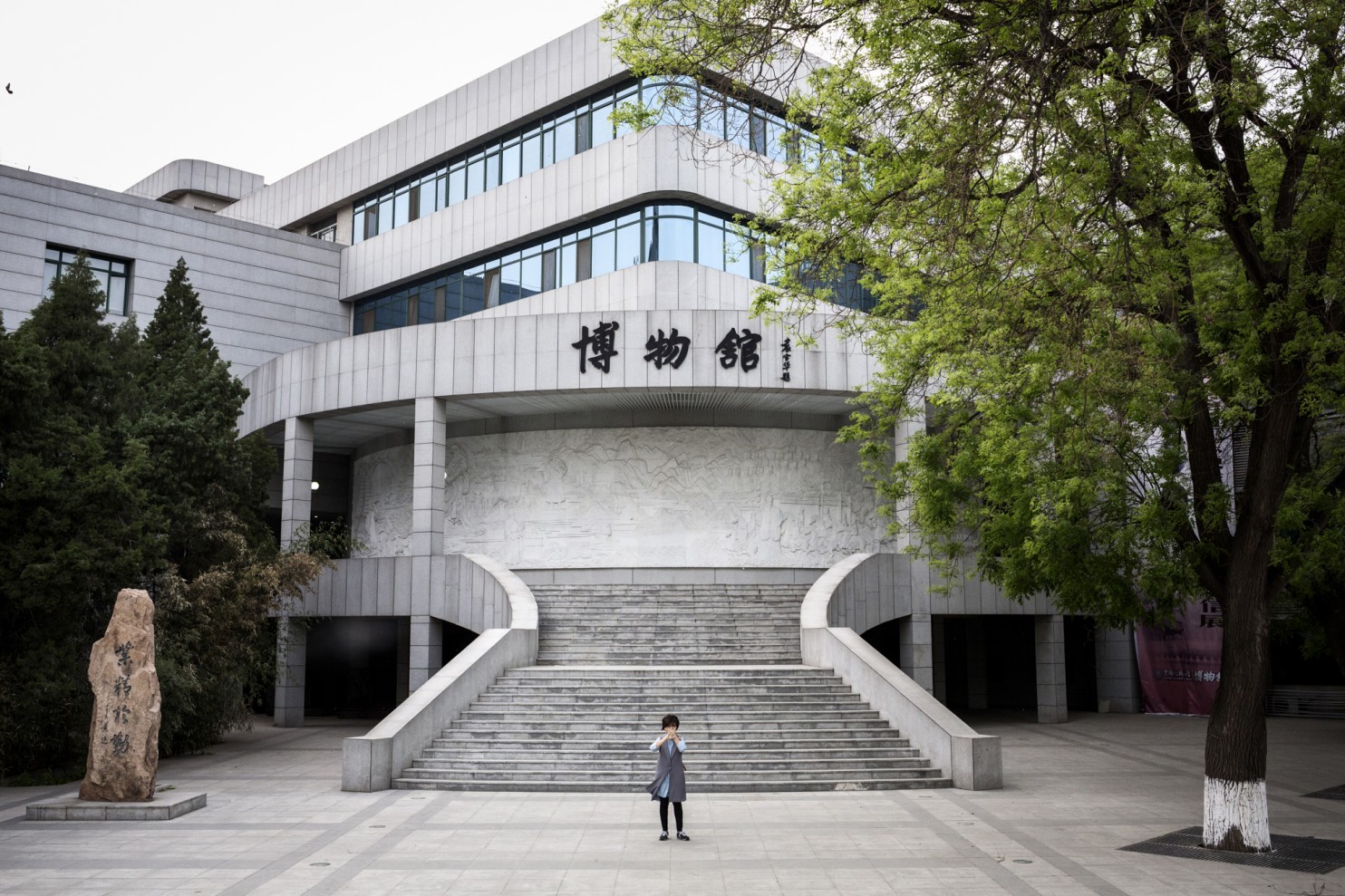 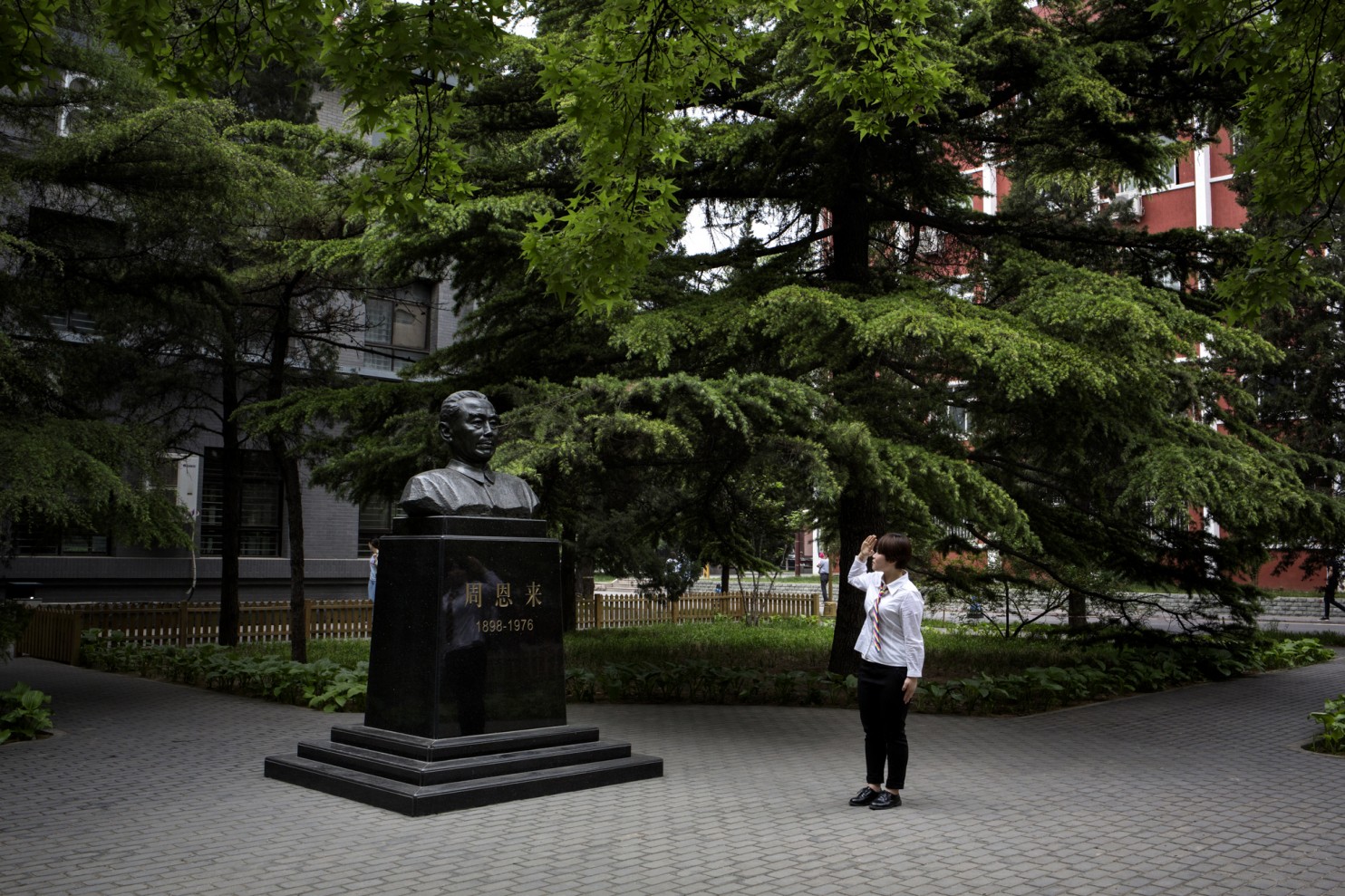 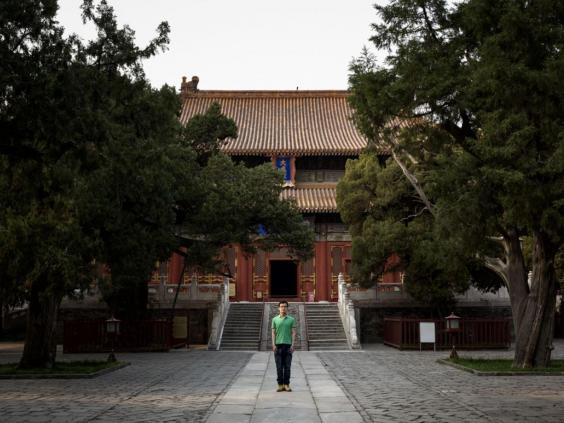 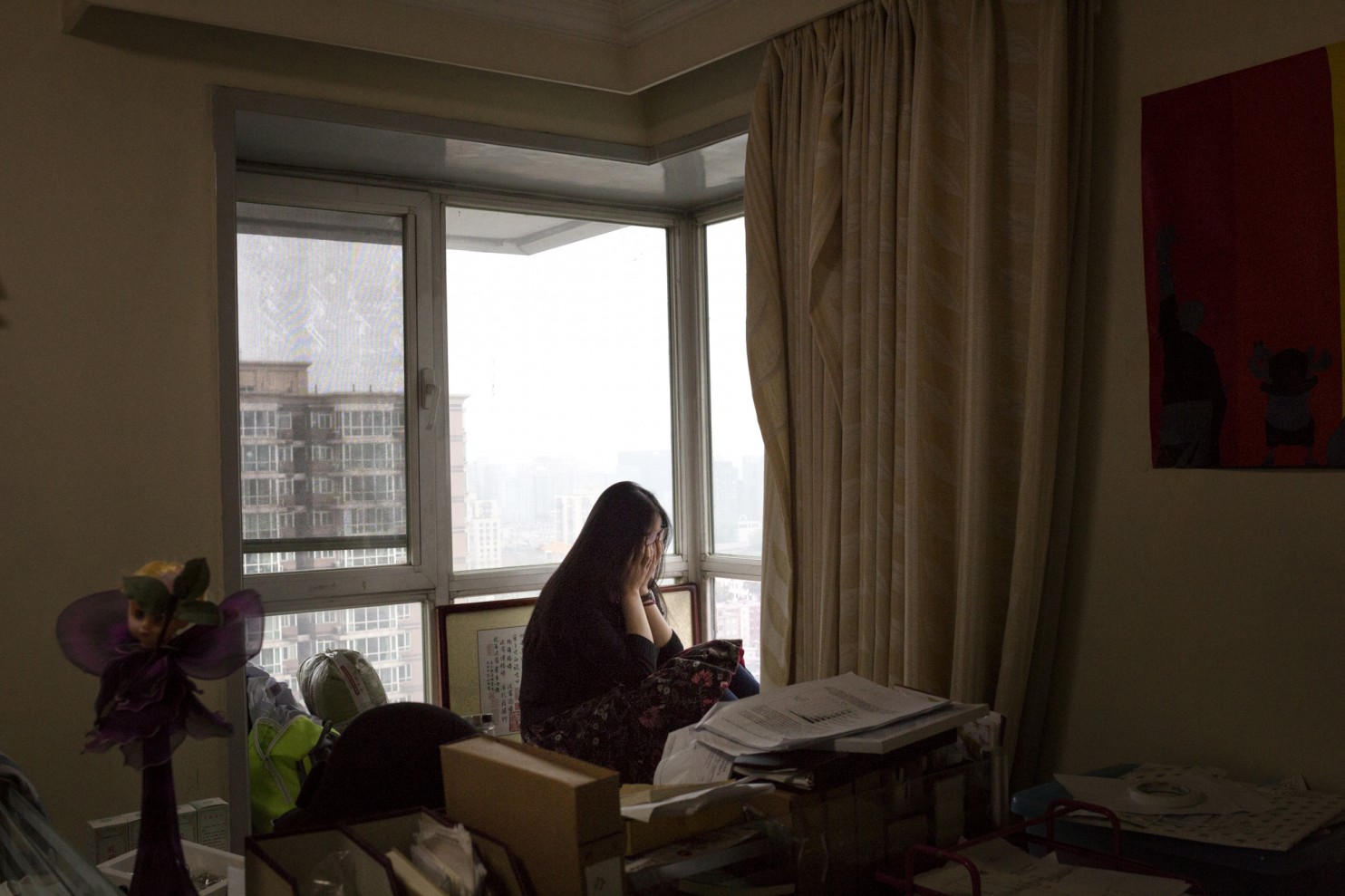 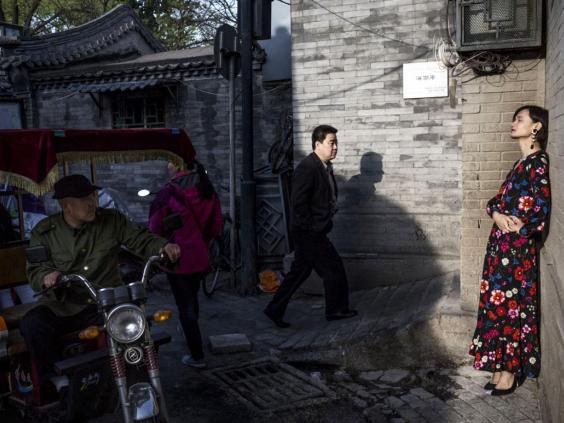 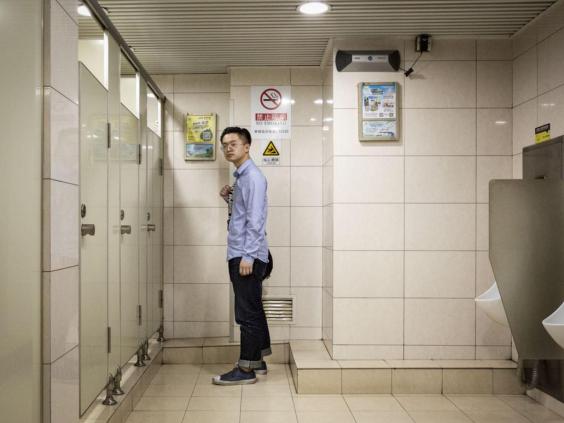 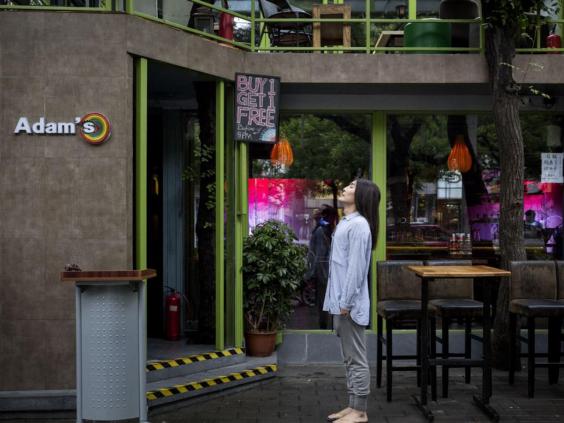 Back in 2013, England and Wales ushered in brand new legislation that finally made same-sex marriage legal across the two countries. By March, 2014 the first same-sex marriages were taking place and same-sex couples who had previously gotten civil partnerships were able to upgrade to ‘married’ status, being able to call each other husband or wife and have it validated, legally.

In January, Prime Minister David Cameron even called marriage equality one of the biggest achievements of his time in office and he mentioned that he’d received many wedding invitations and thank you letters from same-sex couples. But has marriage equality really helped people be treated better? Or is it just a plaster on a more concerning problem?

UK LGBT charity Stonewall recently warned LGBT voters on ‘complacency’ in parliament, saying that more things need to be done until LGBT people stop being discriminated against. And in a new survey from gay-friendly accommodation website Further Afield supports that argument, with many gay and lesbian travellers across the UK still being cautious about travelling in England and Wales, despite the monumental marriage decision.

Also read: What’s the Worst City in the World?

In the snap survey conducted by the site, over 90% of its gay and lesbian respondents said that they would not feel comfortable kissing or even cuddling in England and Wales. Further Afield says that much still needs to be done to change social attitudes and make LGBT people feel welcome in England and Wales.

Further Afield also says that the actions need to go beyond basic training. Training can help staff at hotels and B&Bs avoid incorrect language and offensive questions but an inclusive environment is also down to “the ethos of the people who own, run and manage the hotel” and that instead of “box-ticking with an eye on the pink pound” these owners need to be “genuinely mindful of their guests’ possible concerns on arrival”.

This is an important concern for the government as although they made a great decision in legalising same-sex marriage, this will have been for nothing if people don’t actually feel comfortable celebrating and honeymooning in England and Wales. Not only do the countries not want to be seen as not welcoming but the economic ramifications of same-sex couples avoiding them when it comes to choosing a honeymoon destination could also be quite serious.

In the last decade or so, LGBTQ people have made massive strides on the road to establishing our rights.

For example, across the United States more than 70% of the population lives in a place with marriage equality (same-sex couples are now entitled to benefits too), other countries like England and Scotland have also passed marriage equality laws, anti-discrimination laws now protect many millions of people from being treated badly because of their gender or sexuality; and there has been an increase in LGBT adopters due to improved laws about same-sex adoptions.

Each and every one of these achievements was made possible with the help of straight people! Wait, what? Don’t worry I’m just kidding – but the idea that the LGBTQ rights movement would not have happened without our straight, cisgendered allies is a familiar, yet incorrect opinion.

Some people argue that because straight, cisgendered people are a majority, queer people should cater to them and be careful not to step on their toes since being nice to heterosexuals is the way to full equality.

But this is not a viewpoint shared by me. I ask the question of why should queer people care what straight people think, when they took our rights away in the first place?

And two queer people I spoke to – Ebony and Jess – had answers.

Ebony explained that catering to straight people “makes it seem like [queer people are] doing everything we can to make [straight people] feel comfortable when they’re the oppressors. It’s backwards and it should be them saying ‘yeah we know we oppressed you and now we want to help you in a respectful way'”.

Meanwhile, Jess added that “[straight people] don’t tone their sexuality for us so why should we do it for them? It defeats the point of the legalisation of gay rights because it makes you feel ashamed, it gives you sense of being oppressed because although you’re considered equal in law, in society, you’re not as liberated as it implies.”

Not only is a softly softly approach unfair to queer people, as Jess and Ebony have said, it also doesn’t work.

People pull up similar arguments when it comes to racial inequality, asking why people of colour don’t just cross their fingers and hope that someday all white people will be accepting and we’ll live in a harmonious society: The simple truth is that the people with the power don’t care and they’re happy to carry on oppressing us all since it doesn’t make a difference to them.

If anyone got anywhere by playing nice and twiddling their thumbs, inequality across the board would have been eradicated long ago.

In addition, if queer people were to sit back and deal with it every time a straight person treated them badly or spoke micro-aggressions (e.g you’re pretty for a trans girl! Or, why do all lesbians dress like men?) then we’d be faced with them all the time. The only way to stop these things from happening is to be clear: we will not tolerate this.

LGBTQ rights are more important than heterosexual feelings and if our straight allies are as invested in helping as they say they are, they should recognise this instead of asking us to play nice.

Pollution, poverty, overcrowding, homophobia – these are just some of the criteria by which a new survey has ranked the world’s most unpleasant cities. The tourism and dating site MissTravel.com asked its readers which cities they’d be even less keen to visit than Sochi, Russia.

Sochi hit the headlines earlier this year when it hosted the 2014 Winter Olympics. Not only did visitors complain of the city’s hostile attitude to LGBTQ people, but they raised concerns about the quality of local accommodation, food and transport.

Over 3000 respondents voted for Dhaka as the metropolis they’d most like to steer clear of. The capital of Bangladesh has a population of 14 million, more than half of it living in dire poverty. The air is choked with carbon emissions and other noxious chemicals.

Runners-up include New Delhi, the traffic-clogged capital of India; Mexico City; Algiers and Rio de Janeiro, one of the host cities of next year’s football World Cup. There was some surprise that two American cities made the list. Detroit, Michigan and Youngstown, Ohio have been hit hard by the recession – homelessness and unemployment are two key reasons why MissTravel.com readers would not want to holiday in these places.

One theme that all the above cities have in common is that they have never been very welcoming to LGBT visitors.