According to statistics, the acceptance of LGB people across the United States is on the rise. Sadly, the same cannot be said about trans* acceptance which appears to be on the decline.

Even as famous trans women of colour such as Laverne Cox (who plays trans inmate Sophia Burset in Orange is the New Black) and outspoken advocate Janet Mock gain popularity, the benefits of positive reputation aren’t being reaped by everybody in the trans* community. Instead, recently the US has seen a notable uptick in trans* hate crimes including verbal abuse, violence and sometimes even murder.

According to the LAPD, the victim, Deshawnda Sanchez, was fleeing after being robbed. Sanchez called 911 at 4am before running to a cul-de-sac, banging on the door of a Compton home in an attempt to find safety. Unfortunately, by the time the occupant of the house was able to let her in, gunshots were fired and the person who was chasing Sanchez had left her for dead and had driven away from the scene of the crime in a “light coloured compact car”.

Officially, the police are classing the tragic events as a robbery and homicide, however, as Sanchez was a trans woman of colour Los Angeles police Det. Christopher Barling has said that they are considering that it may have been a hate crime. Barling told Buzzfeed News that he is “very open to the fact that may be the case”.

It’s especially important that they look into that line of inquiry given that the murders of trans women of colour are on the rise at an alarming rate. Sanchez’ death signals the third in just a matter of months with Aniya Knee Parker and trans activist Zoraida “Ale” Reyes also having been killed in Los Angeles earlier this year.

Furthermore, a report published by the Los Angeles County Commission on Human Relations notes that 19 trans* people were targeted in violent hate crimes in 2013, making that a 46% increased on the year before (there were 13 attacks in 2012). With shocking statistics like these it’s all the more important that the LAPD finds the perpetrator and brings them to justice, marking a small step in preventing more crimes like these from happening.

Founded by UCLA students in 1982, Outfest is now the leading organisation to promote equality by creating, sharing and protecting LGBT stories on the screen. Outfest goal is to build community by connecting diverse populations to discover, discuss and celebrate stories of LGBT lives.

Over the past three decades, Outfest has showcased thousands of films from around the world to audiences of nearly a million. They have educated and mentored hundreds of emerging filmmakers and protected more than 30,000 LGBT films and videos.

The 32nd Outfest LGBT Film Festival, kicked off Thursday night with its Opening Gala, a star-filled soiree and screening of the festival’s inaugural film, Life Partners.

“The community feels like they’re still kind of on a high. We’ve had some of the best ticket sales this year that we have had in a number of years. You just feel this sort of joy around Outfest, around being together. The gay community is continuing to celebrate and really excited to see our lives and stories on screen.” 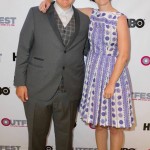 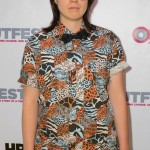 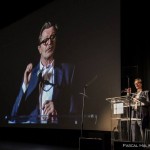 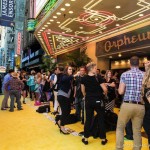 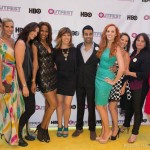 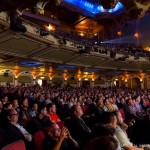 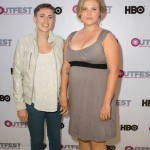 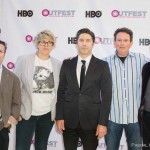 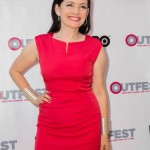 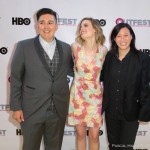 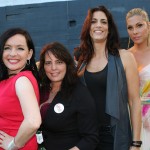 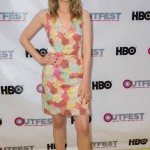 Here is asneak peak at some of the films playing at this year’s Outfest: The Los Angeles Gay & Lesbian Film Festival.

Marina Rice Bader: When it comes to relationships women are so very different from men because women have a tendency to engage on every level, if you will. The story is about how nobody can walk away from a lesbian relationship without this rollercoaster of emotions: pain and resentment and bitterness and compassion and love.

TS: Is it a story that’s therefore specifically aimed at lesbians or is there something for everyone?

TS: Anatomy of a Love Seen has an intriguing film-within-a-film conceit. The two characters meet and fall in love while they are acting on a fictional movie set. What inspired that?

MRB: My favourite movies take me to a different time or place, to a world I’m not familiar with. So when I was writing this movie I wondered where I could take an audience? Most people don’t get to experience a movie set. I also liked the notion of two people falling in love at exactly the same time in front of a camera and twenty or thirty people.

Many of us go through a heart-wrenching break-up and we never get the chance to see or touch our ex again. So I was interested in what might happen if these two lovely women went through a break-up and then were not only in the same room together but were back in bed kissing each other. Would that connection transcend all the problems of the break-up in the first place? Would it be a healing measure?

TS: Most independent filmmakers find it hard to fund their projects. Was it difficult to finance Anatomy of a Love Seen?

MRB: It was a very short process. I decided I was going to make the movie in December 2013 and I had it completely filmed by the end of January 2014. We had a two-week pre-prep and we shot over the course of 5 days which is pretty nuts! But I really wanted to make this film and I called an investor I knew who put up the whole budget: $70,000. The financial restrictions forced me to be more creative because I had to work hard to give people a wonderful film with high production values and the best acting possible, but for not much money. Luckily I found an amazing cast and crew who were willing to come on this crazy ride with me!

TS: What’s your estimation of the current state of lesbian cinema?

MRB: It’s hard enough to fund an indie film but funding a lesbian indie film is very very challenging. Most people still view it as a niche market. When people invest in a film they want to know how many people will see it and whether or not they’ll get their money back. Personally I don’t want to compromise what I’m doing to make bigger budget films, but luckily there are a lot of people who have the same interests as me and who want to get these movies made come hell or high water.

I think we will start to see more films with lesbian content and mainstream budgets, although maybe not in the near future. I’m quite hopeful about this upcoming movie Carol, starring Cate Blanchett, which is based on the classic lesbian novel The Price of Salt.

But it’s a double-edged sword. If big studios start making lots of lesbian films that may jeopardise my company, Soul Kiss Films, which exclusively makes lesbian movies. That said, as long as I keep on trucking and stay passionate, it won’t matter who the competition is.

TS: Although our societies seem to be getting more and more tolerant, have you ever experienced any prejudice or bigotry against you or other LGBTs in the film industry?

MRB: I think the industry here is very tolerant. I feel so blessed to live in Los Angeles and to belong to the LGBT community. I had the luxury of entering this community at the age of 52 when I was already confident and didn’t care what people thought of me.

Now people know that we LGBTs are here and we’re staying here so just frigging deal with it! Get out your history books and look at the freedoms our Constitution guarantee us!

TS: Where can we see the film when it comes out?

MRB: Our world premiere is on July 18th in LA and the film will be available worldwide the next day on our website www.anatomyofaloveseen.com.

London (June 28th – 29th): People from all over Britain and the world will be descending on Old London Town this year for what promises to be the biggest LGBT blow-out in the capital’s history. Given the UK’s recent legalisation of gay marriage and civil partnerships, the theme is “Love and Marriage” and the spectacle promises to be astonishing.

Boston (June 6th – 15th): Always a top date on the queer calendar, Boston promises to be even bigger and better this year given that the celebrity marshal is no other than Star Trek: The Next Generation’s Denise Crosby.

Shanghai (June 13th – 22nd): Asia’s number one LGBT celebration doesn’t feature a parade but that is more than made up for by the enthusiasm of the crowd. Shanghai Pride has been going from strength to strength since 2009.

Los Angeles (June 6th – 8th): More flamboyance on the West Coast this year, except LA LGBTs are taking things a step further by inviting all attendees to wear colour-coded apparel. The overall effect? A giant rainbow. It’ll be one for the scrapbook, and make no mistake.

San Francisco (June 28th – 29th): No run-down of Pride gigs around the world could not possibly be complete without mentioning SFPride, now in its 44th year. Make sure you follow the parade all the way from Market Street to City Hall, where America’s first gay mayor and San Fran icon Harvey Milk addressed Pridesters three decades ago. 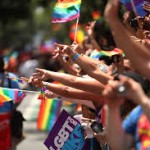 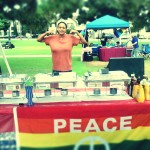 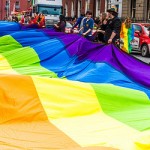 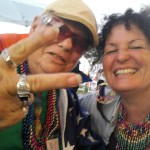 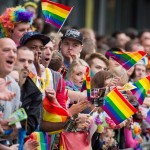 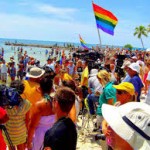