Over the weekend, we were fortunate to catch The Butch Monologues – a powerful and often humorous collection of secret stories exploring sexuality, vulnerability and desire taken from interviews with butches, masculine women and transmen, living world-wide.

The Butch Monologues is a collaboration that began back in 2012, between hotpencil press: an independent publishing house co-founded by the writer, Laura Bridgeman; Vital Xposure, a dynamic touring theatre company under the creative leadership of disabled artist, Julie McNamara; and The Drakes, a group of butches, transmen and gender rebels who joined together in the spirit of masculine solidarity. 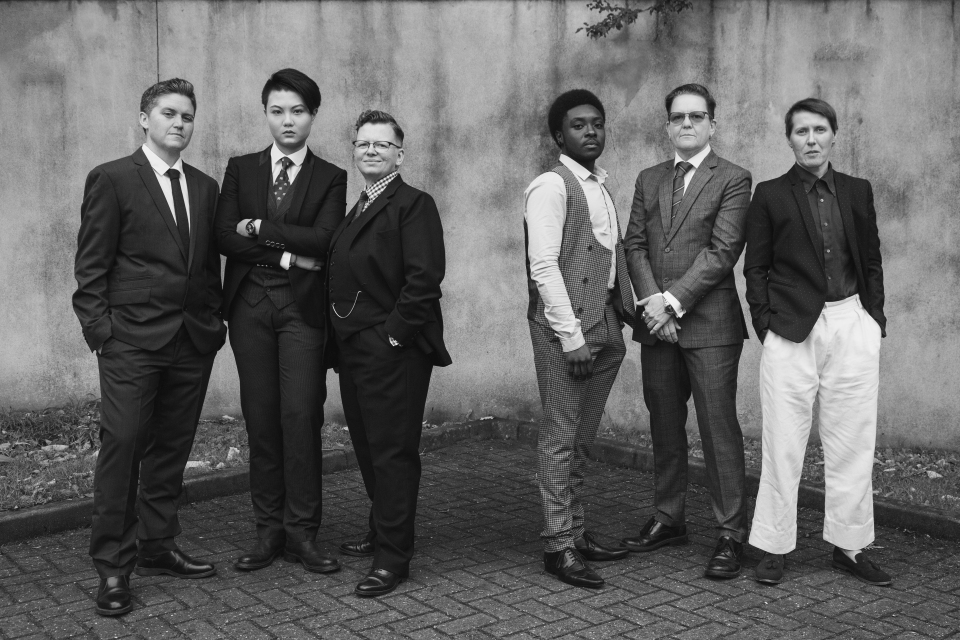 A changing roster of performers from within The Drakes, some of who have stage experience and some of who do not, performs the stories.

The stories themselves arch from the typical butch/femme dynamic, to exploring what it means to be butch, the vulnerabilities felt, and the struggles for acceptance with in the LGBTQ community, family and the outside world.

The show is currently touring the UK, and for further information please visits the show websites.

I’ve always been a lover of the many varieties of women out there. There are no two alike, and that makes them all incredible to me.

Still, there’s something to be said about a woman who doesn’t fit the traditional “female aesthetic” – whether she rocks sweat pants and a sports bra, basketball shorts and a snapback, or a suit and tie… I’m all for it.

There’s something magical about the way they present themselves.

We’ve put together a list of the top 8 things about masculine women. If there’s something you love about butch women that we’ve left off the list, let us know in the comments!

1. They are comfortable being themselves.

When society told masculine-presenting women that they “looked like men”, the masculine women piped back with “no, we look better.” I admit I’m paraphrasing here, but there’s something awesome about wearing what makes you comfortable without worrying if it makes other people comfortable.

2. They don’t care about your beauty standards.

Masculine women generally present themselves as more confident than other women, because they don’t hold themselves to the same standards of beauty that most women do. While this transcendence past the world of cultural norms isn’t a butch-specific thing (and there are other standards that butch women are held to), their decision to reject the associations with “what a woman should look like” is the most widespread of all subcommunities.

To be clear, all women look good as long as they believe they look good. But there’s something incredibly handsome about a woman who can take what she wears and make it her own – even if social norms tell her it’s not for her. (Spoiler alert: All clothes are gender neutral.)

Masculine women receive more overt discrimination than feminine women (which isn’t to say that femme lesbians aren’t discriminated against, too). They can be victims of misgendering, stranger’s taunts, workplace discrimination, and a whole host of ugly problems.

5. Cologne = heaven for your nose.

Even if it’s totally an act and inside they’re the biggest softies, you’ll still feel really safe when you’re with your butch woman. (Just be sure to remind her that she doesn’t have to fit the stereotype of the badass or the thug – only if that’s actually who she is.)

Most enjoy the chivalrous things like opening doors for you, buying you flowers, and making sure you finish first, if you catch my drift. Plus, their head game is usually off the charts.

8. They’re an important part of the queer community.

Probably one of the most important reasons of all is that masculine women are an important part of the queer community – just like everyone else. In a group such as ours, there’s so much hostility from the outside, it’s important to keep it all in perspective. Butch women, like everyone else within our community, deserve to be loved, respected, and treated right.

This work of historical fiction explores the issue of a woman coming to terms with her masculine nature. To research her book Nicholson interviewed a wide variety of women who identified themselves as ‘masculine’.

‘I didn’t want Linny to be a combination of all my assumptions about masculine women,’ said Nicholson during the Lambda ceremony. ‘I don’t know of any other book where such a process was used … I interviewed more than sixty women who I presumed were lesbians because I’d posted requests for interviews on lesbian sites, but surprisingly the majority were bisexual. This was a constant reminder that gender expression does not denote sexuality.’

Descendants of Hagar is set in Georgia in 1914 during the Black Codes era, when the oppression of African-American people was particularly severe. Madelyn “Linny” Remington is a tough black woman whose forefather was the strong-spirited slave Miemay. Trapped by the limitations of her race and gender, Linny makes a promise that gives her the freedom she desires but that also brings shame upon her family.