In the past weeks, the tragic shooting at Pulse nightclub in Orlando has weighed heavily on all of our thoughts.

With 49 victims, the hashtag #SayTheirNames has served as a way to memorialise those who lost their lives.

However, now Ryan Murphy (the man behind Glee and American Horror Story) has directed a tribute video for HRC, featuring actors of both shows, along with a host of other A List stars, in a touching tribute to honour the victims of the mass shooting in Orlando.

In the video, 49 celebs wear black and sit against a black backdrop, each one reciting a brief biography of one of the victims. 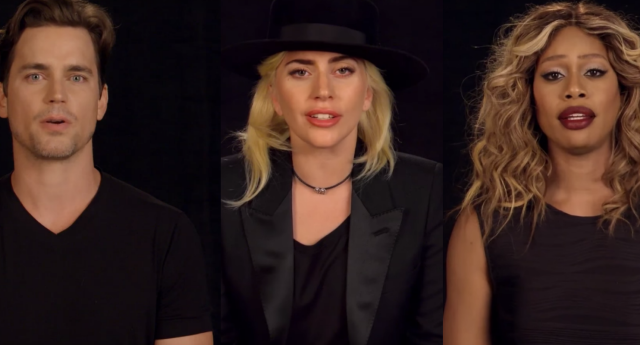 Lady Gaga, Caitlyn Jenner, Matt Bomer, and Laverne Cox are just a few of the many names who came together to tell these stories. They also use the platform to call for an end to hate crimes and gun violence.