WARNING: This piece contains major spoilers from the latest Person of Interest episode.

The 100th episode of any series is always a big one, and last night’s Person of Interest made sure it ended with what could become a controversial twist: brainy hacker Samantha “Root” Groves (Amy Acker) was killed by a sniper bullet while trying to save Harold Finch (Michael Emerson), the creator of a mass-surveillance computer system dubbed The Machine. 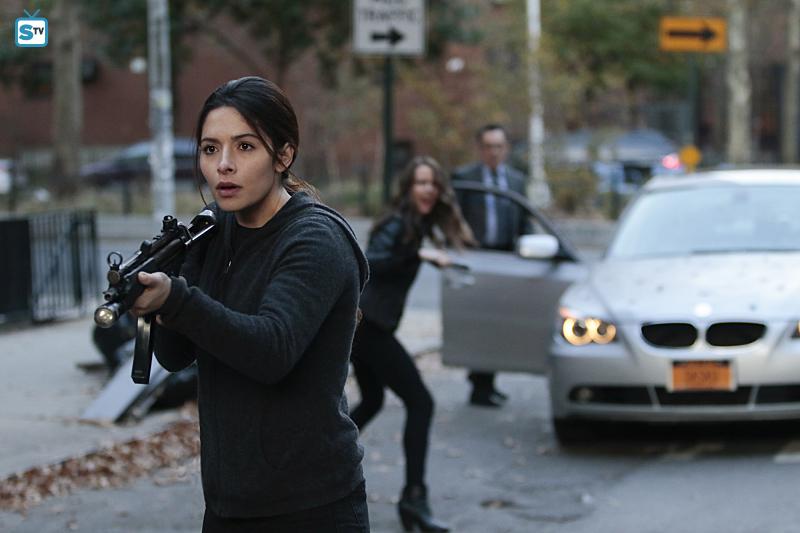 Root, who was in love with Sameen Shaw (Sarah Shahi), is the latest queer character to wind up dead on a television show – coming on the heels of killings on The Walking Dead and The 100. 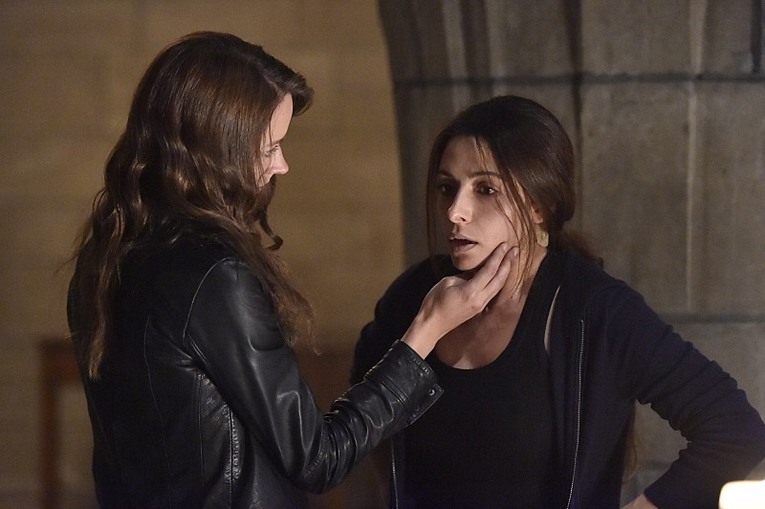 Debate over the storytelling trend, dubbed “Bury Your Gays,” has been making headlines this year, when Lexa from The 100 and Denise fromThe Walking Dead were visited by the Grim Reaper. LGBT fans lashed out at both shows, while GLAAD tweeted the message, “Far too often, LGBT women on scripted TV are killed off in deaths that serve no purpose. Producers must do better.” 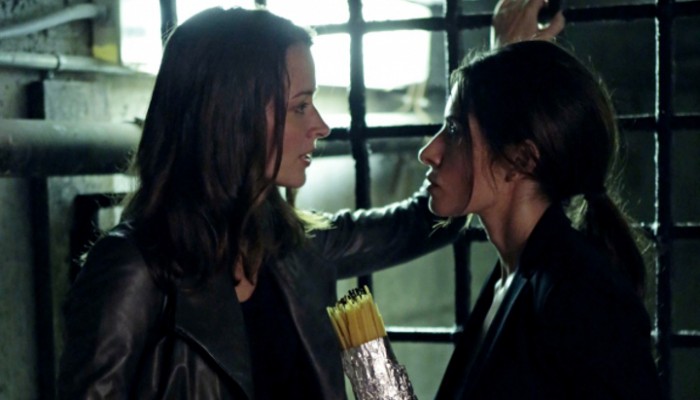 In the case of Root, however, the Person of Interest producers say her death was planned long before “Bury Your Gays” became a trending topic on social media.

In a post-mortem for the episode, creator/executive producer Jonathan Nolan and executive producer Greg Plageman explained the decision to have Root meet her demise and, in a twist fitting for the journey of not only the character but the series, Root’s voice became the voice of the previously mute Machine.

We teased this moment three years ago at Comic-Con. It’s an evolution of Root’s character. Her story has always been about getting closer to The Machine. That’s literally what she trying to do in the first season finale and she finally gets her wish to sort of become The Machine.”

As for the “Bury Your Gays” trope, Nolan says Person of Interest believes they did not fall into that trap.

Something becomes a trope or a cliché when it’s deployed cynically. A publicity stunt, an attempt to goose the ratings. We don’t give a sh– about any of that stuff. This is where our story was going. There’s nothing remotely cynical about anything here. We love this character dearly and this is the f—ing weird thing about writing drama. We kind of call it the red badge of courage onPOI: the number of incredibly gifted actors – I’m thinking of Enrico Colantoni, Leslie Odom Jr., Robert Sean Burke, Camryn Manheim, half the cast of The Wire – we’ve had to call and say, ‘Congratulations on earning the highest possible praise from us, we’ve written you a death scene.’ In that grand tradition, it’s always difficult and you always weigh these things, but the story that you’re telling is one with stakes and change.

When we set out to do this, I’m sure the network would have been thrilled if we’d never changed anything,” he continued. “When you have a hit show and it works, the mandate is keep going. But, luckily, they did let us change things and they allowed us to follow our instincts and our instincts were to drama that changed and had stakes. So, Root’s transcendence is just another example for us of the thing that we always followed, which is this lonely impulse toward telling this story with stakes.”

Acker echoed Nolan’s comments, saying fans should focus more on the love Root had for The Machine rather than a human who happened to be a woman.

Root’s first love was The Machine and brought her into the world of all of these people to begin with. That’s the great thing about Person of Interest. It’s never been about sexuality. It’s always just been about doing what you have to do for the people you love or for the things you love. I think this is another example of Root doing what she had to do to save all these people who she loves in her mind.”

Earlier this month, CBS decided not to order a sixth season of Person of Interest. Launched in 2011, the final episode of the drama that stars Jim Cavaziel will air June 21.