A student from Manteca, California has settled a federal free speech lawsuit with her high school.

16 year old, Taylor Victor was sent home for refusing to change her T-Shirt, which read “Nobody knows I’m a lesbian”.

When she first wore this shirt to Sierra High School last year, school administrators sent her home. They said it was an inappropriate “on the grounds that she was not allowed to display her ‘sexuality’ on clothing.”

After confirming that the shirt did not violate the dress code, the school then told her that she was not allowed to “display personal choices and beliefs” on clothing because it could be viewed as “disruptive” or “gang-related”.

The Assistant Principal Dan Beukelman also told Victor that her shirt was “promoting sex” and displayed an “open invitation to sex”.

Now, the district has agreed to amend the dress code and clarify that students are allowed to wear clothing supporting their or their classmates’ personal identities. This includes race, gender, religion, and sexual orientation.

Being a lesbian is an important part of Taylor’s identity, and she shouldn’t be censored from talking about it at school. Students don’t leave their rights to free speech at the schoolhouse gates. At the end of the day, the law on this is very clear, that public schools can’t censor the personal beliefs of students just because they think it might be controversial.”

She says Victor will also get $1 from the school district to represent the harm she suffered.

But more importantly of course, from now on she will be able to express herself and to be herself without fear of punishment.

Victor said that she is happy after “months of fighting this censorship battle.”

Senior Briana Popour had worn the shirt to her South Carolina school plenty of times before, but earlier this month, she was suspended for it for the first time. “Nobody knows I’m a lesbian” it read. 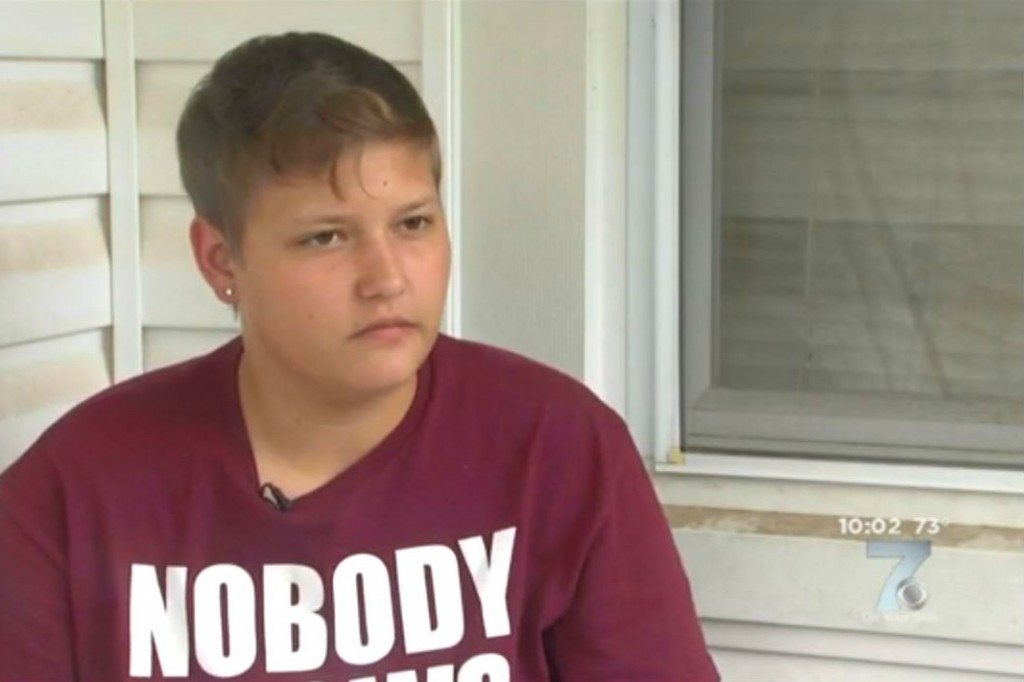 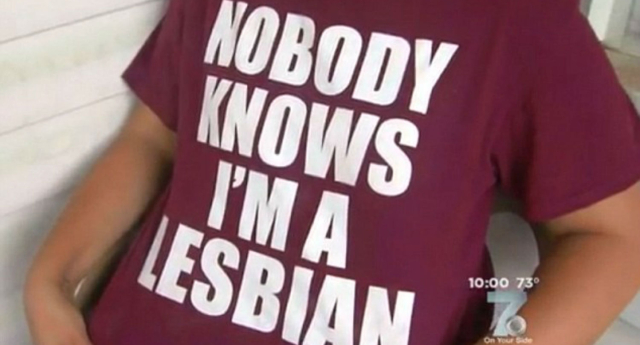 The Chesnee High School official pulled Popour out of class to tell her the shirt was disruptive. The student handbook bans “clothing deemed distracting, revealing, overly suggestive, or otherwise disruptive,” as well as any attire that is “immodest, obscene, profane, lewd, vulgar, indecent or offensive.”

She explained to WSPA,

When I said something to him about the handbook, he said, ‘Well, not everything is in the handbook.’”

Briana’s mother, Barbara Popour, confronted the official when she went to pick up her daughter.

He does not like people in his school wearing anything that says anything about lesbians, gays, or bisexuals. I was told to change my shirt or go home, so I went home because I wasn’t going to allow him to tell me I can’t wear a shirt that shows who I am.”

When asked for comment, school officials said that the t-shirt was “offensive and distracting”.

However, for Miss Popour, the t-shirt is part of her identity.

She also says that rather than punishing students for self-expression, the school should instead be encouraging their pupils to “be happy with who you are”.

Isn’t that what school is supposed to teach you? To be happy with who you are? Maybe people will be more comfortable showing who they are because you should be able to wear what you want to wear.”

The school has since overturned Popour’s suspension. According to Spartanburg School District 2 spokeswoman Rhonda Henderson,

The dress code disciplinary decision you inquired about was overturned when administration realized that although the shirt was offensive and distracting to some adults in the building, the students were paying it little attention.”