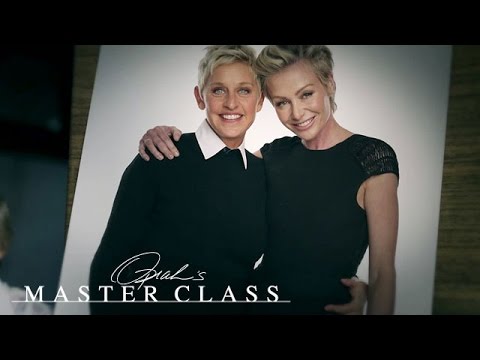 In 1997, Ellen became an unintentional activist when she announced she was gay around the same time that her television character came out on the show.

This decision, Ellen admits, was one she never thought she’d make. Talking to Oprah Winfrey, the comedian said she feared that coming out would end her career.

I certainly didn’t ever that I was going to come out. Period. And I didn’t think I’d be coming out on a show, ever.”

DeGeneres said she changed her mind after a friend gave her a ‘hippie retreat’ at the Esalen Institute called Changing the Inner Dialogue as a gift.

I wanted to know what the inner dialogue of my subconscious mind was, and it was scary and crazy. What came out of listening to what I had been saying to myself is. “Would I still be famous? Would they still love me if they knew I was gay?” And my fear was, “No, they wouldn’t.”

But DeGeneres said she felt shame that she was hiding her sexuality.

I just didn’t want to pretend to be somebody else anymore so that people would like.”

Watch a clip from the interview below: