Marvel has a planned release of movie schedules up until 2028, including a third Captain America film, a possible solo outing for the Hulk and a third Thor film despite the first two feeling like they were released just yesterday.

The Black Widow is nowhere to be seen amongst the confirmed titles, and although the recent reveal that Thor would become a female character made waves, that’s only the case in the comic book medium and Marvel’s movie efforts prove as male, white and heterosexual as ever.

Meanwhile, DC’s comic capers include refusing to let lesbian hero Batwoman get married in the comics (which led to some of the creative team quitting). And David Finch (the artist of Wonder Woman), doesn’t want her to be seen as feminist when she hits the big screen.

So with everything looking as miserable as it does for the state of ladies in comics (especially those who are queer) Painkiller Jane is likely a breath of bisexual air into the entire comic medium.

Getting her name from her regenerative abilities and her incredibly high tolerance for pain, Painkiller Jane is a certified badass. A cop by trade, she goes undercover in a drug ring with her partner, only to be tortured and to make it out, well, just that bit more than alive.

Oh, and Painkiller Jane is bisexual too (as per her love interests in the comics) but you might not know that if you’ve followed previous adaptations of her stories as in the SyFy TV movie (2005), her relationships were strictly heterosexual, same for the TV series in 2007 (which even featured a queer actress Kristanna Loken in the role of Jane) that followed. Let’s say we’re following the three strike rule then as surely there must be more hope for the Painkiller Jane movie? 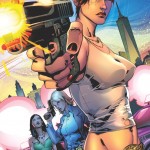 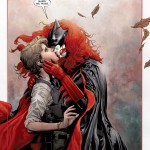 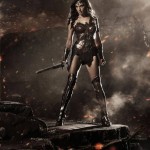 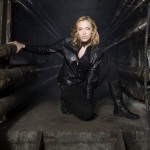 Well, directed by the Soska Sisters, Jen and Sylvia, the Painkiller Jane movie stands a good chance of featuring a little more queer representation than fans of the character are used to. 2012’s American Mary was a cult slasher directed by the pair and it garnered strong reviews, namely for its “female themes”, according to critics.

Directed by two women with a history of doing female stories right and starring at least two women in the lead roles, the Painkiller Jane movie has potential, especially in terms of a female love interest for our hiney kicker but as there’s not a release date (or even a date as to when the film begins production) we’ll just have to wait very patiently for more on this one.