It’s been announced today that Ellen DeGeneres will be presented with the fourth annual People’s Choice Award for Favorite Humanitarian.

She, of course, couldn’t resist joking about it.

I am so honored to be receiving the People’s Choice Humanitarian Award. I think it sums me up perfectly as I am both a human and an itarian.”

She was chosen in recognition of her efforts to help communities in need and bring awareness to organizations and charities that are making a difference in people’s lives.

DeGeneres is already a 15-time People’s Choice Awards winner and a nominee again in 2016 for Favorite Talk Show Host. 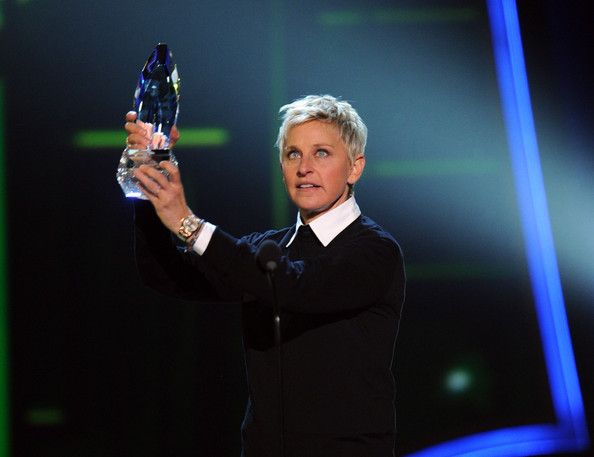 Should she win in the talk show host category, DeGeneres will be tied for the most People’s Choice Award wins in the 42 year history of the awards show.

Winners for the People’s Choice Awards 2015 were announced during a live broadcast hosted by Anna Faris and Allison Janney last night on the CBS Television Network.

But the couple who owned the show was Portia de Rossi and Ellen DeGeneres. Photographers couldn’t get enough of them on the carpet, backstage and inside the show.

Both were nominated tonight were nominated for awards, with Portia is nominated with the cast of Scandal for Favorite Network TV Drama, and Ellen is up for the Favorite Daytime TV Host award, which she of course won. Meaning this is her 15th People’s Choice Award!

I won a People’s Choice Award! Thank you to the Peoples. This is democracy at it’s best.

Now in its 41st year, the People’s Choice Awards is the only major awards show voted on entirely by the public for fan favourites in movies, music and television. 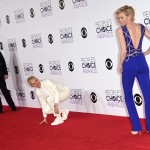 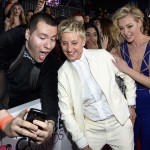 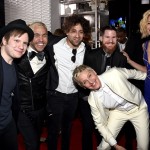 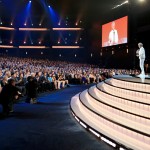 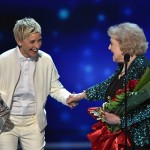