Netflix has announced that it will not be commissioning coming-of-age lesbian drama Everything Sucks! for a second series.

The series was set in the real-life town of Boring, Oregon during the 90s. It starred Jahi Di’Allo Winston as Luke O’Neil and Peyton Kennedy as Kate Messner.

Luke develops feelings for Kate, but Kate ends developing a crush on Emaline Addario, played by Sydney Sweeney. However, Kate struggles to come to terms with her sexuality, as her father is the principal of the school that they all attend. 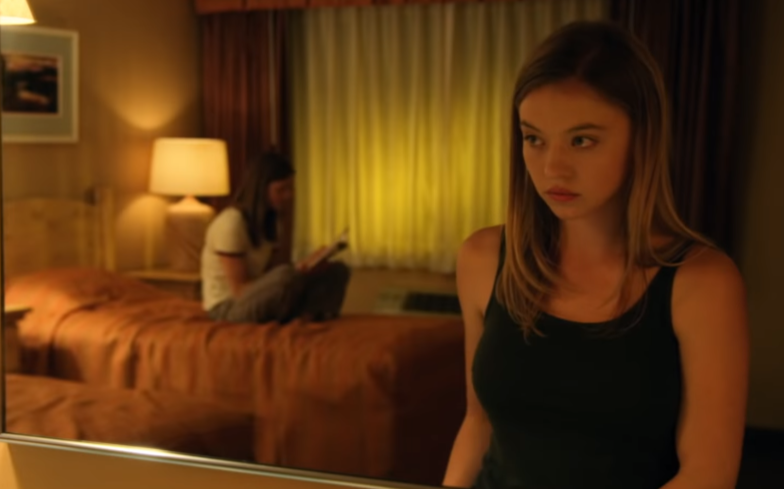 During its run, the show earned praise for its lesbian representation. However, some critics said that the show relied too much on tropes, and didn’t develop its supporting characters enough.

The series holds a 69% approval rating on Rotten Tomatoes. Its critical consensus read: “A flawed series that ticks off all the nostalgia boxes, Everything Sucks! still manages to tug at the heartstrings.” The site reported that audience approval of the series was 89%.

Speaking to the Hollywood Reporter, one of the executive producers of the show, Jeff Pinkner said: “We’re super proud of the show we made — and very proud that it found an audience of very passionate fans, for many of whom it became an important personal touchstone: either reflecting their current life, or an echo of their own teenage years. We are grateful to Netflix for the opportunity, but are very disheartened we won’t be continuing to tell these stories.”

Many fans were disappointed with the announcement, and took to Twitter to voice their annoyances.

In a promotional interview for the series, Petyon Kennedy said that there’s “barely any representation” of queer teens in high school.

“There’s barely any representation for girlfriends in high school,” said Peyton Kennedy, who plays Kate in the series, to Buzzfeed.

“There’s a bit of representation in older generations, but I think for the teens who are watching it who identify with these characters, they will be able to feel comfort and hopefully acceptance at the end of the show.”

Kate’s love interest Emeline (played by Sydney Sweeney), also voiced how the programme “embraces” love in its many forms.

“Kate knows what she wants and Emaline doesn’t,” Sweeney said. “For Emaline, love is just love. It doesn’t matter if it’s between a girl and a girl or a guy and a girl, so she just embraces that.”

However, it’s not all doom and gloom in the world of renewals, as Netflix recently announced that Queer Eye has been renewed for a second season.

On its renewal, vice president of content at Netflix, Bela Bajaria said: “These series are indicative of what we’re trying to accomplish for Netflix unscripted: working with world-class producers to create the best unscripted shows on television.”