In 2008, Katy Perry told the world through song that she kissed a girl and she liked it. Now, almost 10 years later, Miley Cyrus is saying she’s the girl who inspired the track. (HuffPost) 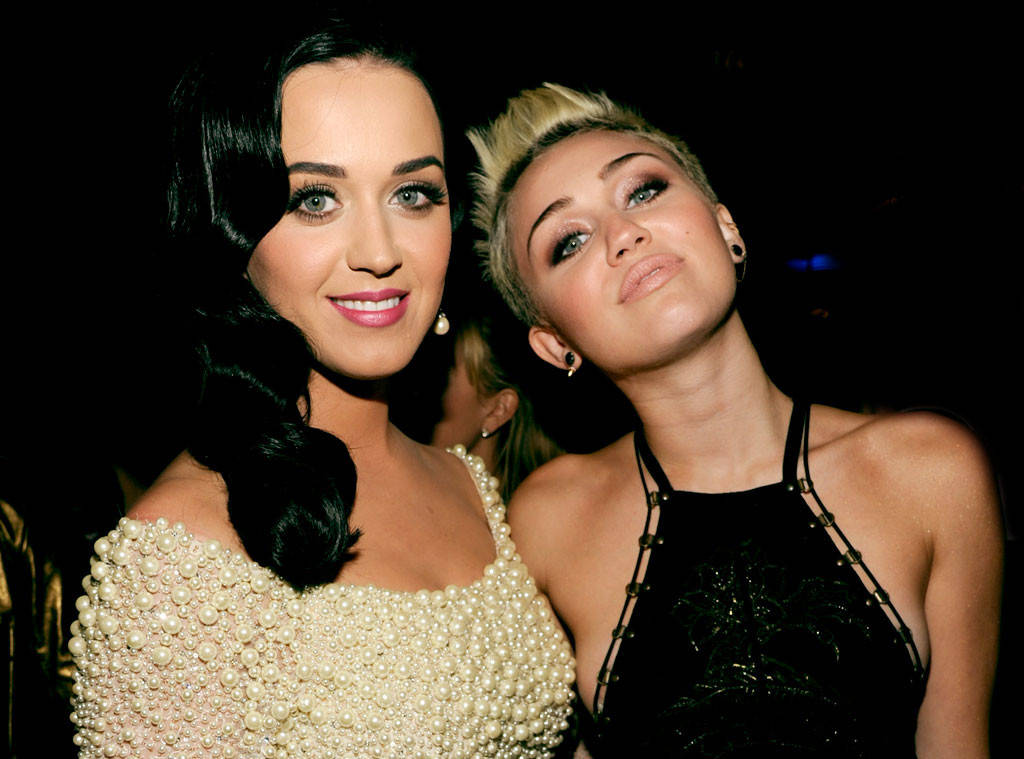 In an interview with WKTU Cyrus said;

When she came out with ‘I Kissed a Girl,’ I was doing the ‘Hannah Montana’ movie, and I heard her on the radio, they said, ‘Who’d you write that about?’ And she said me.”

Amid reports that Ellen DeGeneres and her wife of nearly 9 years have been observed in embarrassing fights on the set of her show, caught looking glum at dinners out on the town in addition to their decision to sell their magnificent weekend getaway mansion in Santa Barbara, tongues are wagging in Hollywood that a breakup is looming for the hot power couple. (LGBTQ Nation ) 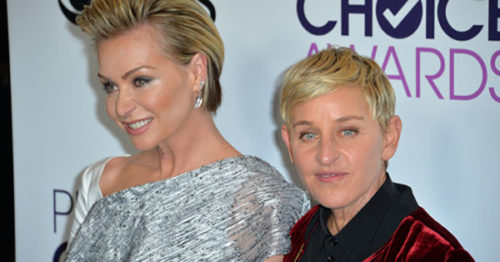 They’ve been trying really hard to keep their marriage together, but it seems like time is running out. They’re just always at each other’s throats.

Ellen wants to plan an elaborate anniversary and Portia just wants her to concentrate on fixing their marriage,” the insider told the publication.

She feels like Ellen puts a Band-Aid on their problems.”

The gossip comes after $58.6m of the couple’s assets were put up for sale, including a home in Santa Barbara, California, which Ellen had previously described as her “forever” home.

They are also selling a luxury condo in Beverley Hills, which they bought in 2014.

They’re not only headed for a divorce, but they’re also secretly splitting up their assets before they make an official announcement. Not only will they not be growing old in that [Santa Barbara] home, which was their dream, but they won’t be growing old together, period,”

Grey’s Anatomy actress Jessica Capshaw, who is Arizona on the show, has opened up about how playing a lesbian has changed her life. 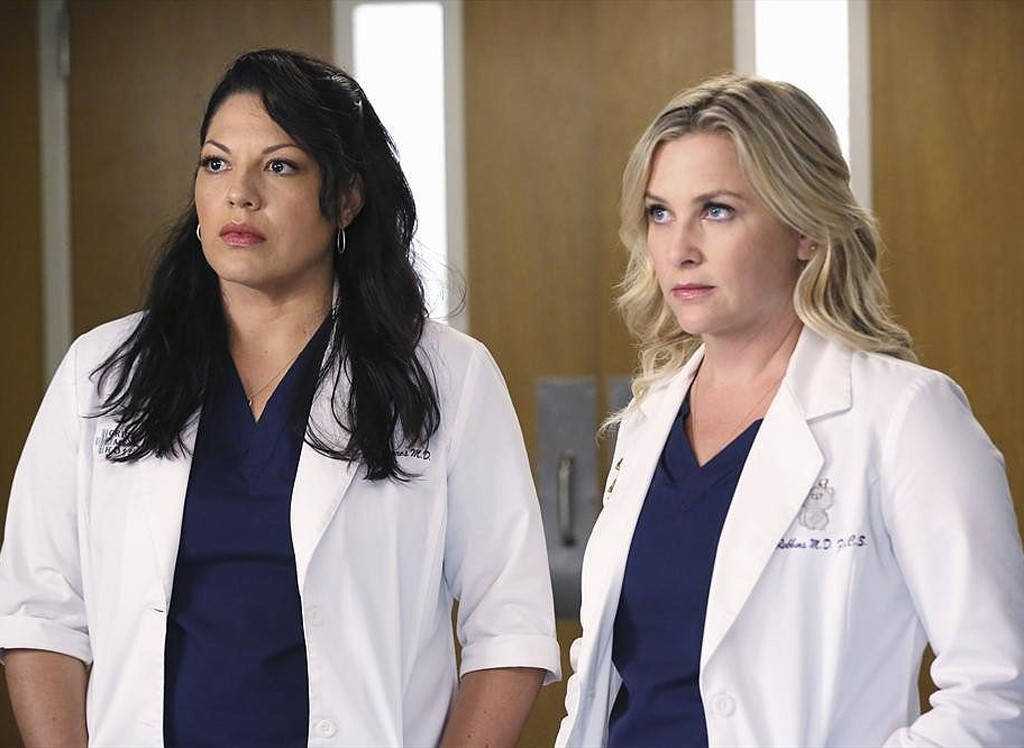 I never would have imagined that I would be able to play a character that would feel like it does so much good.”

She added, it could also provide a crucial tool in teaching family members or friends about homosexuality.

If it’s someone watching it who has someone in their life who is gay, and they might have not understood it before … all of a sudden they have another person or another thing to point to and say: ‘Oh, that’s a different context.’

Being able to play a lesbian as a series regular on television has been enormously rewarding.”

Capshaw, who has also appeared on The L Word and Bones, proudly recalled an example of how representation can help how people see the LGBT community.

Cynthia Nixon didn’t know Ivanka Trump had quoted her in the new book Women Who Work: Revisiting the Rules For Success.

The Sex and the City alum, currently on Broadway in The Little Foxes, was told about her inclusion while appearing on Bravo’s Watch What Happens Live this week.

Former Phoenix Mercury teammates Diana Taurasi and Penny Taylor tied the knot this past Saturday, less than 24 hours before Taurasi’s season opener with the Mercury. (Equallywed.com) 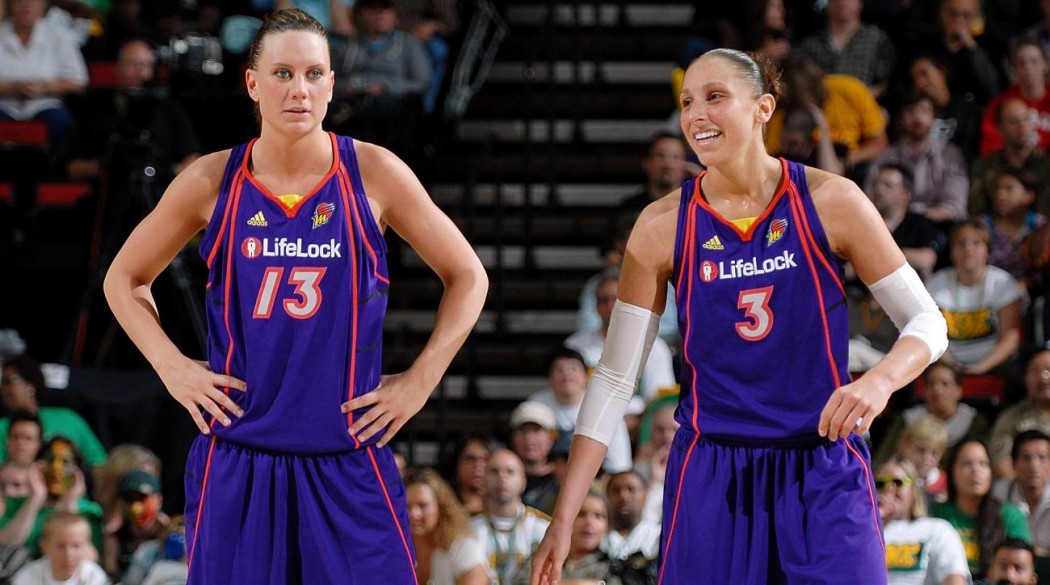 Brittney Griner and Glory Johnson will both serve a seven-game suspension without pay, after their arrest in April.

Griner and Johnson were arrested on misdemeanour assault and disorderly conduct charges at their Phoenix home after a physical altercation occurred.

According to the statement, the “confrontation escalated to include wrestling, punches, and the throwing and swinging of various objects.” Griner had a bite wound to her finger and scratches on her hand, and Johnson was diagnosed with a concussion.

WNBA president Laurel J. Richie said in a statement after the organisation conducted its own investigation.

With consideration of all the facts and circumstances of this matter, we are suspending Brittney Griner and Glory Johnson each without pay for a period of seven regular-season games. Brittney and Glory’s conduct is detrimental to the best interests of the WNBA and violates applicable law. … Accordingly, each player will be required to attend individual counseling sessions with a counselor satisfactory to the WNBA.”

The couple was married shortly after they were arrested, having been engaged since August. Both have since apologised for the incident.

A trailblazer by many accounts, Brittney Griner made headlines when she came out ahead WNBA draft (where she was the number 1 pick).

Then, with the Phoenix Mercury she broke the WNBA dunk record, and was named the league’s defensive player of the year. Also, with her phenomenal talent she also won over fans when she helped take the Phoenix Mercury to a championship title in September.

As for other records she became the first out athlete to get a Nike campaign, showing that no, being gay does not harm your marketing potential.

Furthermore, Griner also got engaged to fellow WNBA player Glory Johnson in August, which may not have set any records but it was certainly adorable.

All of this is why Outsports named the University of Baylor graduate the female athlete of the year.

On Monday, Brittney Griner was slashed in a random knife attack on in China. The Phoenix Mercury star is currently playing for a Chinese team during the WNBA off-season.

The incident happened when she was leaving practice in Shenyang, in northeast China.

A drunk knife-wielding man chased her and three teammates on to their bus. Griner was cut on her elbow, but her two thick winter coat prevented a serious injury. She did not need stitches, nor did she need to go to hospital. In fact, the next night she led Beijing Great Wall to victory over Liaoning Hengye, scoring 19 points.

One of her teammates was also slashed.

‘First let me say I’m ok!!!! But last night me and 3 my teammates got chase and attack by a man with a big ass knife got a little scratch and my teammates walk away unharmed! He chase us into our bus and had us corned yelling at us then he finally left!,’

First let me say I’m ok!!!! But last night me and 3 my teammates got chase and attack by a man with a big ass knife got a little scratch and my teammates walk away unharmed! He chase us into our bus and had us corned yelling at us then he finally left! Ugh lets just say I’m ready to get out this city we are visiting! Life can be took at any moment! Cherish every moment! AGAIN IM OK! Thank you to everyone that has been checking on me!

Phoenix Mercury tweeted, ‘We are thankful Brittney and her teammates are all okay after this incident.’

We are thankful Brittney and her teammates are all okay after this incident. http://t.co/YJ07YowRYV

Griner came out as lesbian in April last year and announced her engagement to fellow WNBA player Glory Johnson in August.

Women’s basketball stars Brittney Griner and Glory Johnson are engaged. Griner proposed to Johnson and both posted it on social media, with Griner showing a photo of her on one knee with a ring in her hand in front of Johnson on her Instagram account. Griner plays for the WNBA’s Phoenix Mercury and Johnson for the Tulsa Shock.

“Last Night was a Night to Remember(,) I became the happiest person on this earth! (almost pass out but when that one word came out I came back to life) Me and my baby (at)missvol25 are in it for Life!”

Johnson also had a photo on her Instagram account of Griner lying in bed with an engagement ring resting on her shoulder.

Griner has embraced her role as a prominent gay athlete since finishing a record-breaking career at Baylor. She came out last year and wrote a candid memoir, “In My Skin,” that was critical of college coach Kim Mulkey.

The 6-foot-8 center, drafted first overall by Phoenix last year, has helped lead the Mercury to a WNBA-best 27-5 record. She is averaging 15.4 points, 7.9 rebounds and 3.9 blocks.

Johnson is averaging 15.0 points and 9.5 rebounds in her third season with Tulsa. The 6-foot-3 forward played at Tennessee.

Arizona and Oklahoma have gay marriage bans being contested in court. Oklahoma’s ban was found unconstitutional, but that decision is on hold and the state has appealed to the U.S. Supreme Court.