Polyamory comes in all shapes and sizes. Some people treat polyamory like an open relationship with a “don’t ask, don’t tell” policy, while other people give their partners a run-down of the people they’re sleeping with.

Then there are families. Families are for people who like their partners to all know each other and, in some cases, all be sexually involved.

If you’ve read Is Polyamory Right for You and Your Girlfriend? or 15 Signs You Might Be Polyamorous, then you’re probably familiar with the first two scenarios, but what on earth is a family? (And how do you maybe get into one?)

Every poly family is a little bit different.

According to a recent study, 9.8 million Americans have experimented with an open relationship, and 5 percent of Americans (15.9 million people) participate in ethical non-monogamy.

There are as many different ways to do polyamory as there are polyamorous people. Some throuples are comprised of three equal partners, while some families are organized like a family tree, with one couple being primary (most important) and other couples in the tree considered secondary.

In dom-headed families, the family tree gets even more complex. One dom (dominant partner) named Fyre recently broke down her own system of partners. She and her primary partner, Angel, define their relationship as master-slave: Fyre decides everything about Angel’s life, from what Angel eats to what Angel does for a living. Fyre’s secondary partner, Dane, has a little more freedom; Fyre doesn’t control where he works, but she does control all of his sexual activities. Her tertiary partner, Puppy, isn’t a sexual partner; in fact, Puppy has a separate boyfriend but comes to Fyre for power play.

Get ready for rules, lots of rules.

Some people turn to polyamory looking for a sexual free-for-all where they can have sex with anyone they want all the time. That’s not true, especially in families – and yes, you can still cheat even if you’re polyamorous.

In most poly families, every member of the family has to give permission for another member to sleep with someone outside of the family. And many families require new members to provide medical records to prove that they don’t have STDs.

If you enter into a polyamorous family, be ready to live by the rules and engage in open communication.

Fyre and Puppy don’t have a sexual relationship, which is a core tenet of polyamory: In polyamory, partnership can look like anything, from throuples to queerplatonic relationships.

Just because you’re in a family with someone doesn’t mean that you want to sleep with them. Some family members are just there for companionship or for non-sexual power play. Broaden your idea of what partnership can be.

The series follows Yuri and Camille as they test the boundaries of their open relationship. Yuri’s growing infatuation with a new lover leaves Camille distressed, which is only amplified by the unexpected arrival of Yuri’s old college friend Kris, who shows up with nowhere else to stay.”

One look at the trailer reveals that this is not your typical melodramatic love triangle or handicam web series. The almost dreamlike storyline is saturated in deep royal purples, making the characters seem larger than life even as they make devastating choices.

Filmmaker Chanelle Aponte Pearson heads up the series. In 2015, she won the prestigious Calvin Klein-sponsored “Live the Dream” grant. A clip from 195 Lewis premiered at International Film Festival Rotterdam to roaring praise. 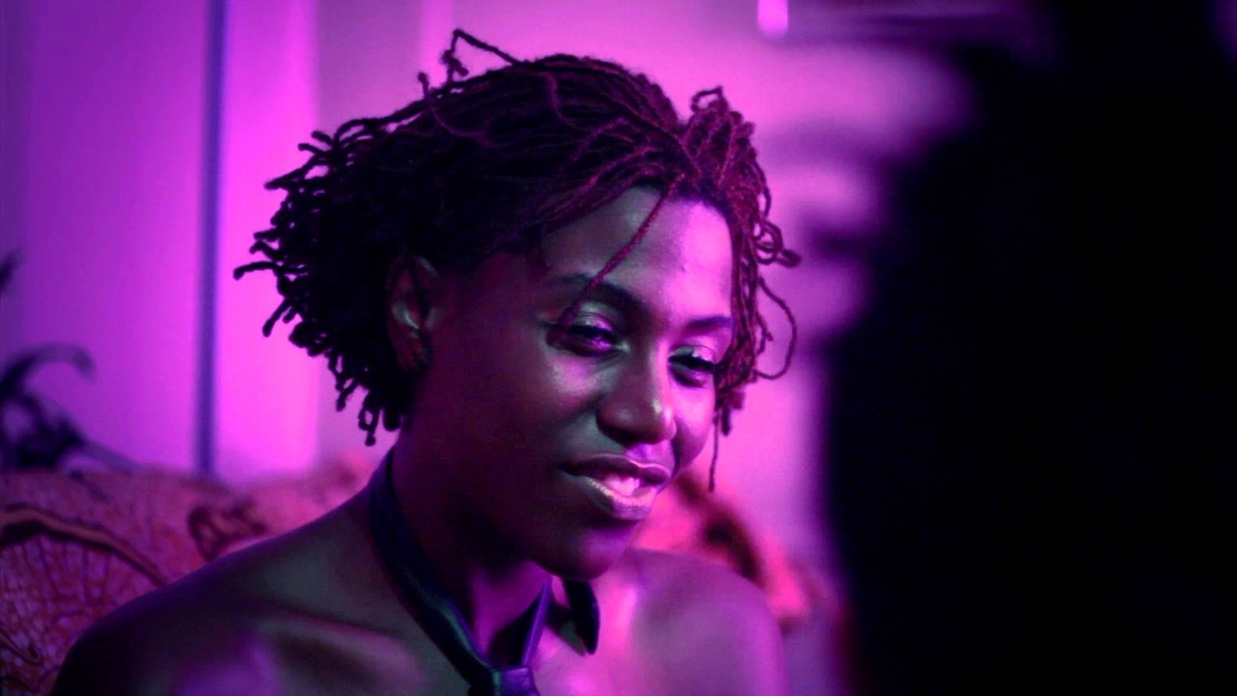 Pearson sat down with Filmmaker Magazine to talk about the creative process. When discussing why the show was set in Brooklyn, she said, “Brooklyn is constantly changing, and it continues to welcome a host of people from all walks of life. With 195 Lewis, I’m more interested in representing a part of Brooklyn that is specifically Bed-Stuy, Black, queer, and saturated with activists, artists, and other cultural producers that make the borough so inviting in the first place.” She aimed to create an immersive world. 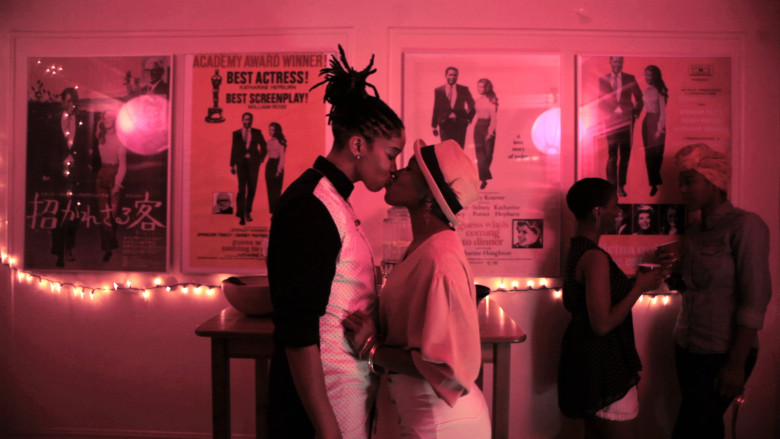 She originally planned 2-5 minute comedic episodes in the same vein as successful series such as The Couple and Awkward Black Girl. However, she focused on the story and the characters; when she was done telling the characters’ stories, she found herself with an eight-part comedy drama longer than a feature film. Although this format is unprecedented for a comedic web series, she believes it will be successful.

Our core audience (queer women of color) are hungry for a show like 195 Lewis and we’re committed to delivering.”

When not creating web shows, she directs and produces documentaries, manages the Brooklyn-based production company MVMT, and is in post-production on her first feature-length film Elijah.

You’ve never been good at relationships. You’ve tried, but something about them always felt…off. You can’t put your finger on why. But the thought of being tied to just one person makes your stomach churn.

Maybe you feel guilty or maybe you’re just confused. What the hell is going on? Are you just a horrible person who can’t be faithful?

If you’re polyamorous, that means you’re inclined to being romantically or sexually involved with more than one person at the same time.

Famous polyamorous people include Margaret Cho, Larry King, Myq Kaplan, Ayn Rand, Will Smith and every literally every man in the Old Testament.

If several of those apply to you, then you may be polyamorous. Now what?

Read the polyamorous bible, The Ethical Slut, cover to cover.

Talk to your partner after reading Is Polyamory Right For You and Your Girlfriend?

Play devil’s advocate with Why Polyamory Won’t Work for You.

Check out the polyamorous meet-ups in your area.

And then take a chance!

If you find that your own lesbian relationship lies outside the ‘traditional monogamous couple’ model, you’re definitely not alone. Their are many multifaceted and multifarious love relationships to choose from.

Increasingly, people are opting out of the traditional structure of monogamous partnership or marriage, and choosing polyamory or open marriage/partnership as viable alternatives.

In an open-relationship, there is still a central, committed couple, who allow one another to engage in purely sexual (or at least quite casual) outside relationships. Generally, any discussion about the benefits of such practice revolves around how it strengthens and/or reinvigorates the central couples relationship. For those of us living in polyamorous families this is not the case. Most polyamorous units have deeply committed relationships with more than one partner, with no hierarchy among them and no core ‘couple’ at the heart of it all.