I come from a long line of large-breasted women. My mother and both grandmothers were a bit “top-heavy”, to say the least, and my brother used to joke that even my dad had bigger boobs than me.  (At the time, I think it was true, too.)

For years, I felt like I had somehow been cheated. I’d never fill out a top the way they did.

I’d never look the same way in revealing outfits as they did. I gained weight, and miraculously lost boobage then, too – so I thought that losing weight would bring them back. (It didn’t.)

Our media tends to put an emphasis on larger-breasted women as being more attractive, and I’ll admit that I’ve fallen victim to that programming, too.

I often dated women with larger chests than I had, and in many ways I was jealous of what they’d been blessed with.

But then, I started paying closer attention, and I realized that my flat chest really isn’t a problem at all.

I had an ex-girlfriend who worked in the deli department at the local grocery store. One time, she accidentally cut her boob on the meat slicer. As a smaller-breasted woman, I have never had a single problem that ever came close to that.

My mother used to tell me that, if it wasn’t for her chest (and a strategically-chosen sweater), she never would have passed her first driver’s test. She said she actually didn’t feel comfortable and save driving a car until about 10 years later, because she knew she only passed because the test proctor wasn’t paying attention to the illegal maneuvers she did. As a smaller-breasted woman, I like knowing that I actually have to try to draw attention to my boobs, which makes them an “optional fashion accessory”.

My well-endowed mother has had back problems for most of her life – starting when her boobs started emerging, when she was 14. By the time they got to the size they are now, she could hardly even stand up straight, and she can’t do any activities that require full range of her arms. Oh, and trampolines? Out of the question. Personally, I love trampolines and bounce houses and swimming… And I can’t imagine what it must be like to sit it out because your boobs are too big.

Fun fact: Breasts have the exact same number of nerve endings, no matter what the size is. While most of these nerves are located around the nipple and the areola, for those of us who don’t have a lot aside from areola will find that the entire breast is just about equally sensitive – making breast play all that much more stimulating.

I spend a lot of time thinking about taking off my bra. It’s funny, though, because it’s not even that I need to wear it – I just prefer to wear a bra when I’m out in public. (More sensitive breasts means a slight breeze will have my nipples look like I’ve been in a freezer all day.) On warm days, though, or days I’m wearing a sweater – I’m probably not wearing a bra, and I love it.

6.   I don’t have to worry about losing things in my cleavage.

My boobs don’t exactly touch unless I make them touch – so that constant problem of losing a lighter, or keys, or half a cookie is completely unfamiliar to me. I can’t help but laugh when I hear one of my larger-breasted friends or family complaining about something being lost. (As a side note, please don’t keep things in your bra – it’s not only gross, but also potentially dangerous.)

7.    I can wear strapless bras without worrying.

I used to think that being larger-breasted would keep strapless bras and shirts up better. It actually wasn’t until I was in my 20s (and talking to a larger-breasted ex-girlfriend) that I realized – bikini tops, strapless bras, spaghetti-strapped shirts… They weren’t made for women with heavy boobs. There is a lot of tape involved in those catalog shoots, and I don’t envy those women in the slightest.

8.   Gravity probably won’t affect me, in that regard.

Back when I was going through puberty, and my whole family thought I was going to take after my brother, I was instructed to start wearing a bra every day to help prevent my boobs from getting saggy. While there are some conflicting opinions on whether bras help prevent sagging or they actually make it worse, I’ve probably got a long way to go before I’m pulling my boobs out of my armpits.

9.   If I want to strap them down, there’s not much strapping to do.

I’m not exactly one for chest binding, per se, but I have tried to de-feminize myself (for a number of different reasons), and I can say that it definitely takes much less work if your breasts are less noticeable in the first place. My boobs can be “strapped down” with a single sports bra. Boom.

I suppose it could be argued that breast augmentation doesn’t exactly compare to wearing a bra, but what they accomplish are basically the same (and not to mention, significantly safer). While I deeply respect anyone who makes the difficult choice to go through breast augmentation surgery – in either­ direction – I’m quite happy knowing that it’ll never be a “need” for me, and if I choose to do it, it’s truly a choice.

11. Bras my size are super easy to find.

I think I was about 16 years old when my mother explained to me that she wore the same bra for years. At the time, I couldn’t wrap my head around it – how can you actually wear the same bra for so long without it completely warping? Of course, once she explained the answer, I was a little less jealous: Her bras were difficult to find and often cost several times more than mine did. This was in part due to the extra material required, but also because they had to be a lot sturdier to support the weight that would be carried in them every day.

12. Bras my size are cuter than bras for larger-breasted women.

Now, don’t get me wrong here. Smaller bras can definitely be ugly, and there are definitely some cuter bras in larger sizes. But on average, if my mom and I go bra shopping together, it’s pretty much guaranteed that we won’t be able to find the same style bra in a size that fits both of us – unless, of course, we go with a basic sports bra. (That being said, I’m a sucker for pretty much any woman in a sports bra who isn’t my mother, so this is probably the cutest choice anyway.)

I used to tease an ex-girlfriend of mine because she couldn’t sleep on her stomach without putting her back out of alignment – due to her chest. Similarly, she couldn’t sleep on her back because her boobs would go up into her neck and suffocate her. She couldn’t even sleep too well on her side without placing an additional pillow against her chest – she said that the gravity pulling at the one on top would make her ribs ache if she went without the extra pillow for more than a few minutes. While I can acknowledge that I shouldn’t have teased her about it, I can also acknowledge that I am glad I can sleep in whatever position I lay down in – no complicated set-up required.

14. Because you don’t need larger breasts to look (and feel) attractive.

Probably the most important thing that rules about my smaller breasts is that they’re mine, and with as long as it took me to feel comfortable with them, I finally am – and I am proud of those little underachievers. Sure, I might not be able to do any cool tricks with them (or even see them without my glasses on), but they’re mine, and they’re awesome.

Over the weekend, Kate Winslet posted a rare makeup free photo on herself on her Facebook page in an effort to make women all over the world feel better about themselves. 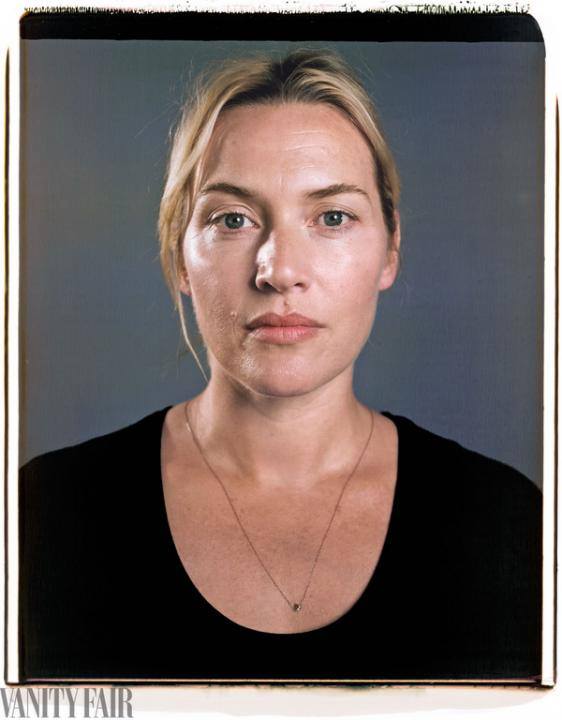 Along with a message for anyone with a negative body image, or who has experienced negatives from other people.

I know I am chubby, I have big feet, and have bad hair days. When I grew up and even now sometimes, I hardly hear any positive reinforcement about body image from any female. I mostly hear negatives. But I know most of the negatives comes from the people who are busy rejoicing other people’ insults by liking demeaning post on Facebook when in reality they don’t even like themselves.

Today, I want to put up a zero makeup photo. I know I have wrinkles on my skin but today i want you to see beyond that. I want to embrace the real me and I want you to embrace who you are, the way you are, and love yourself just the way you are. Share the message everywhere and let it reach the haters and let them know that you don’t give a damn about the negatives and you chose not to be a victim to those bullies who make fun of others based on appearances, race, gender, etc.

And also share if you love yourself the way you are and don’t want to change anything about it. People should appreciate you, the real you.”

The star previously recalled an amazing exchange with her son, when he was 7, and asked what would happen if he were gay.