Puerto Rico’s Governor, Alejandro García Padilla, has spoken out in favour of equal marriage – after a judge attempted to re-ban same-sex weddings by throwing out parts of the US Constitution.

The country is an unincorporated territory of the United States and is not fully recognised as a US state.

After the US Supreme Court ruled last May that equal marriage is a constitutional right, a panel of judges in Puerto Rico also cemented marriage equality, which looked to reverse a 2014 ruling that upheld Puerto Rico’s marriage ban.

However, US District Court Judge Juan Pérez-Giménez struck back this week, issuing an order aimed at re-banning equal marriage.

Judge Pérez-Giménez, the same judge who previously ruled against marriage equality and was overruled, now claims that the Supreme Court ruling doesn’t apply there because Puerto Rico “is not treated as the functional equivalent of a State for purposes of the Fourteenth Amendment”.

In his ruling, Judge Pérez-Giménez claimed:

One might be tempted to assume that the constant reference made to the ‘States’ in Obergefell includes the Commonwealth of Puerto Rico.

Yet, it is not the role of this court to venture into such an interpretation.

Luckily, he argument doesn’t hold much sway with Puerto Rico’s Governor – who insists weddings will proceed regardless.

He said that equal marriage case had already been concluded, with the US Supreme Court and the First Circuit Court of Appeals both affirming that all US citizens have a “fundamental right to marriage”, including same-sex couples.

He added that he would “respect the rulings of superior courts” above the ruling of Judge Pérez-Giménez, adding that the judge’s ruling was a drastic departure from the existing legal understanding.

Staff attorney Omar González-Pagan, from Lambda Legal – one of the law firms that sued for equal marriage in the US, says it is confident the ruling will be overturned – said:

The marriages of same-sex couples in Puerto Rico are not in limbo and we appreciate that Governor García Padilla has reassured LGBT people and made clear to all others in the Island that marriage is here to stay.

The decision issued yesterday by District Court Judge Pérez Giménez is fundamentally flawed and we plan to file an appeal to ensure that this discriminatory ban does not stand.

The law is on our side. The U.S. Court of Appeals for the First Circuit was clear when it stated that Puerto Rico’s marriage ban was unconstitutional and the U.S. Supreme Court has indisputably held that the constitutional guarantees of liberty and equality apply with equal force to the Commonwealth.”

Other activists are confident that the ruling will be overturned on appeal – especially given Pérez-Giménez has previously had his judgements overturned on equal marriage.

Judge Juan Perez-Gimenez was just one of two district judges in the US to uphold a same-sex marriage ban in 2014, against a flow of over 50 rulings in favour of equality.

In his since-overturned 2014 ruling, Judge Perez-Gimenez cited a ruling from 1972 against same-sex marriage – which almost all other judges in the country agreed had been rendered obsolete by subsequent case law – and claimed:

Recent affirmances of same-gender marriage seem to suffer from a peculiar inability to recall the principles embodied in existing marriage law.”

Judge Maite Oronoz Rodriguez will become the first lesbian and the third woman to be named the president of the Supreme Court.

In an historical decision, senators in Puerto Rico have named openly lesbian judge as the new president of the Supreme Court. 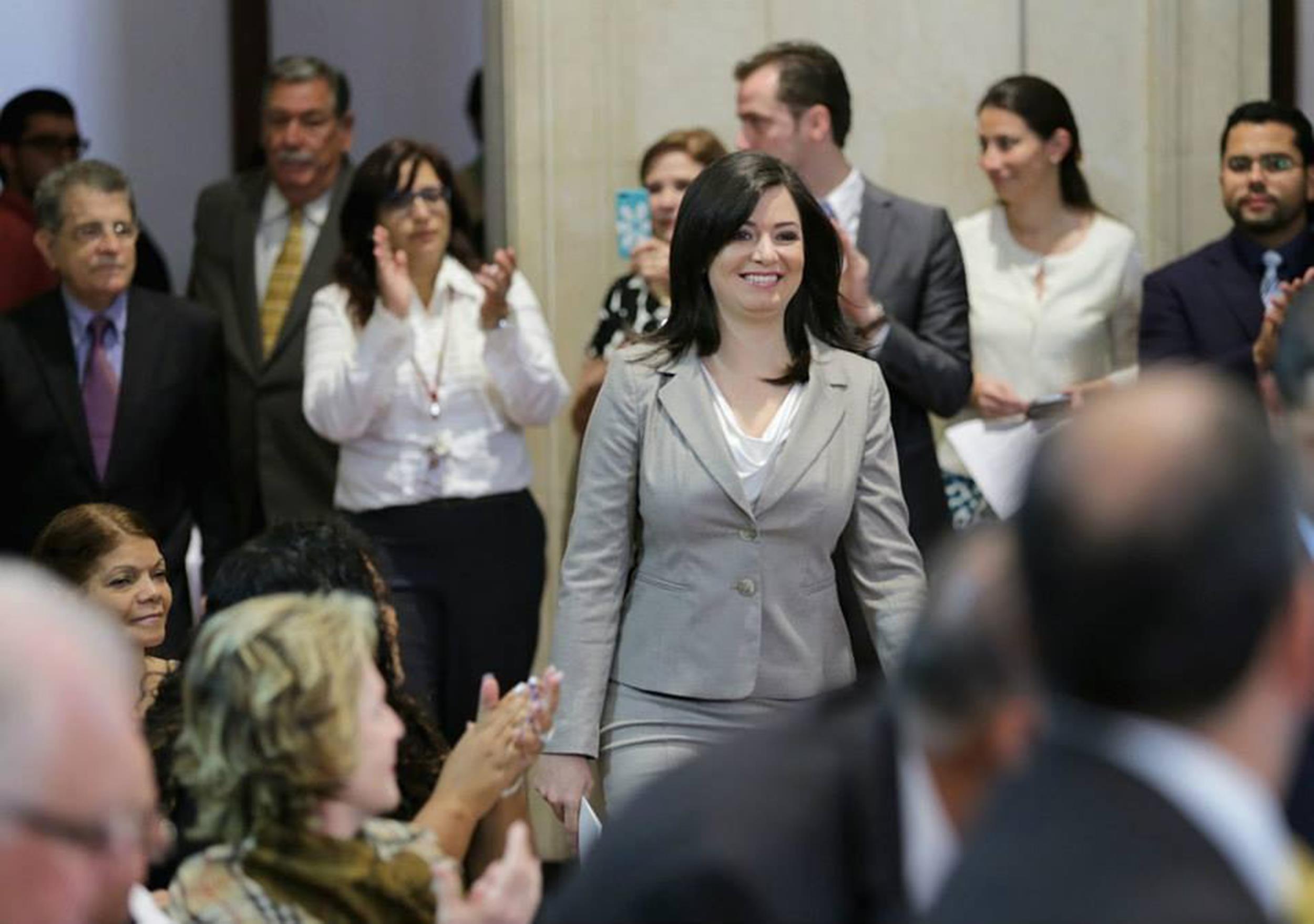 When the governor first appointed her, Oronoz said,

The possibility of her appointment had generated controversy among the island’s most conservative sectors, including the highest authority of the Catholic Church, San Juan Archbishop Roberto Gonzalez Nieves, who at the time expressed “concern” that an openly lesbian judge could lead the court.

More than 60 same-sex couples are preparing to exchange vows as part of a mass wedding in Puerto Rico to celebrate a U.S. Supreme Court ruling in the socially conservative U.S. territory.

Event organiser Ada Conde said Wednesday that while the majority of couples are Puerto Ricans, others from Haiti, the Dominican Republic, Cuba and Venezuela are participating.

Conde had filed a federal lawsuit seeking to have her gay marriage recognised in the U.S. territory prior to the Supreme Court decision.

Puerto Rico has since struck down laws that prohibited same-sex marriage and the recognition of such marriages.

Last week, Maite Oronoz Rodriguez was nominated by Governor Alejandro García Padilla for a seat in Puerto Rico’s Supreme Court, and in her thank you speech she thanked her partner.

Maite Oronoz Rodriguez and her partner are especially successful and high-profile. Oronoz Rodriguez is the director of legal affairs for San Juan and Mendez Miro is chief of staff for Puerto Rico Senate President Eduardo Bhatia.

Oronoz Rodriguez went on to describe herself as an open book.

‘I am conscious of the enormous responsibility that has come to me. ‘I congratulate, thank and celebrate Maite and Gina for living openly their love, for loving their homeland so much and for loving themselves openly,’ he said. Today we take a historic step in the right direction that demonstrates that Puerto Rico is for all of us. The governor has made an excellent nomination.’

Her partner agreed with these words.

‘The governor has exercised his constitutional knowledge, and named someone who he understands is the best candidate. And I agree with him,’

The nomination is another step in LGBT equality Puerto Rico has seen since Alejandro Garcia Padilla assumed office in January 2013.

He has signed four pro-gay bills into law so far.

In May 2013, Garcia Padilla passed bills to protect gay people from discrimination and domestic violence.