Admit it: When you see an adorable queer couple in a TV show, you feel a little bit of extra love for that show. Sometimes, we end up watching these shows just for the OTP we see – and it’s because they speak to what we want out of our own relationships. Whether they remind us of the relationships we want or the relationships we’re actually in, these couples really hit the nail on the head.

(Note: There may be spoilers within, so if you haven’t seen the movie or show that the couple is in, be warned.)

Which is your favorite? Do you have more to add? Don’t forget to comment and let us know!

Adele and Emma (Blue is the Warmest Color)

This is one of the biggest lesbian movies to come out in the past few years, and it’s not hard to see why so many people identify with this movie. Not only is it a believable lesbian love story, but it also intertwines the feelings involved with being a young adult – brilliantly portrayed in an artsy way that will send feelings of nostalgia to pretty much anyone. Although the movie has been criticized for the use of artificial vaginas in the sex scenes, what’s more important here – a realistic story, or actual sex? We’d prefer the first, thank you!

Betty and Helen (Masters of Sex) 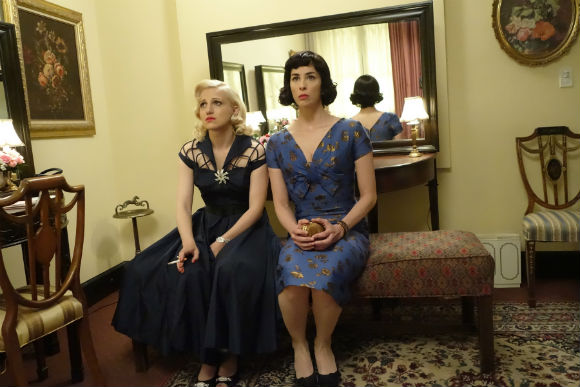 However you might feel about the whole “marriage of convenience” idea, this movie – like Carol – deals with the difficulties of same-sex relationships in the middle of the last century. At the end, they end up coming out in the open anyway, and you can’t help but say “aww” as their relationship blossoms into something else. (Plus, who hasn’t wanted to see Sarah Silverman as a lesbian?) 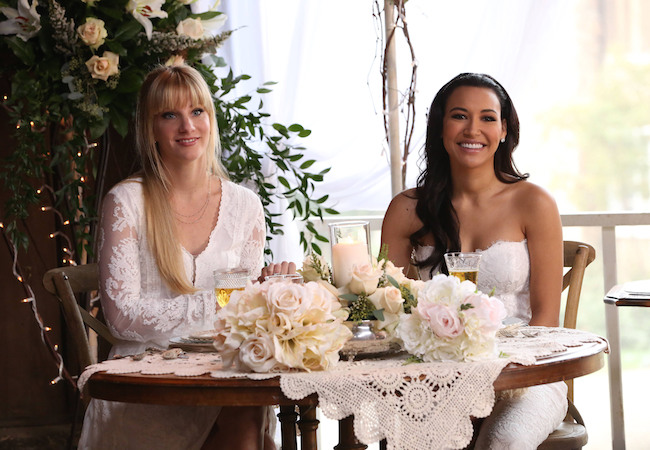 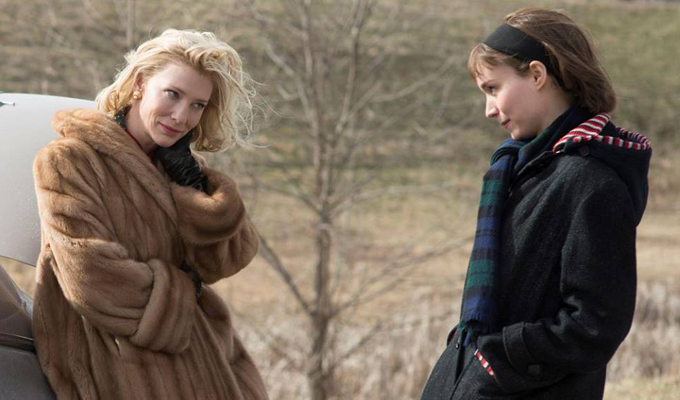 Personally, I love historical looks at lesbian life, and these two are a great example of what lesbian life looked like in the ‘50s – including all the secrets, all the hiding, and all the complications involved. What’s even more impactful is that there are still so many people who are wrapped up in similar situations, even with the world’s “more liberal” leanings. Everything these two went through was so heartbreaking, not only for the pain they felt, but because it serves as a reminder that we really haven’t made that much progress in the last 60 years.

(*Note – We have made a lot of progress, in general, but there’s still so much more to be done.)

Dana and Alice (The L Word)

Maybe it’s just the sexual tension that was building up for so long by the time they actually got together, but Dana and Alice were definitely one of the cutest couples on The L Word. We were rooting for them from the start, and then when they finally became an item, it’s like all our cute little romantic prayers were answered. 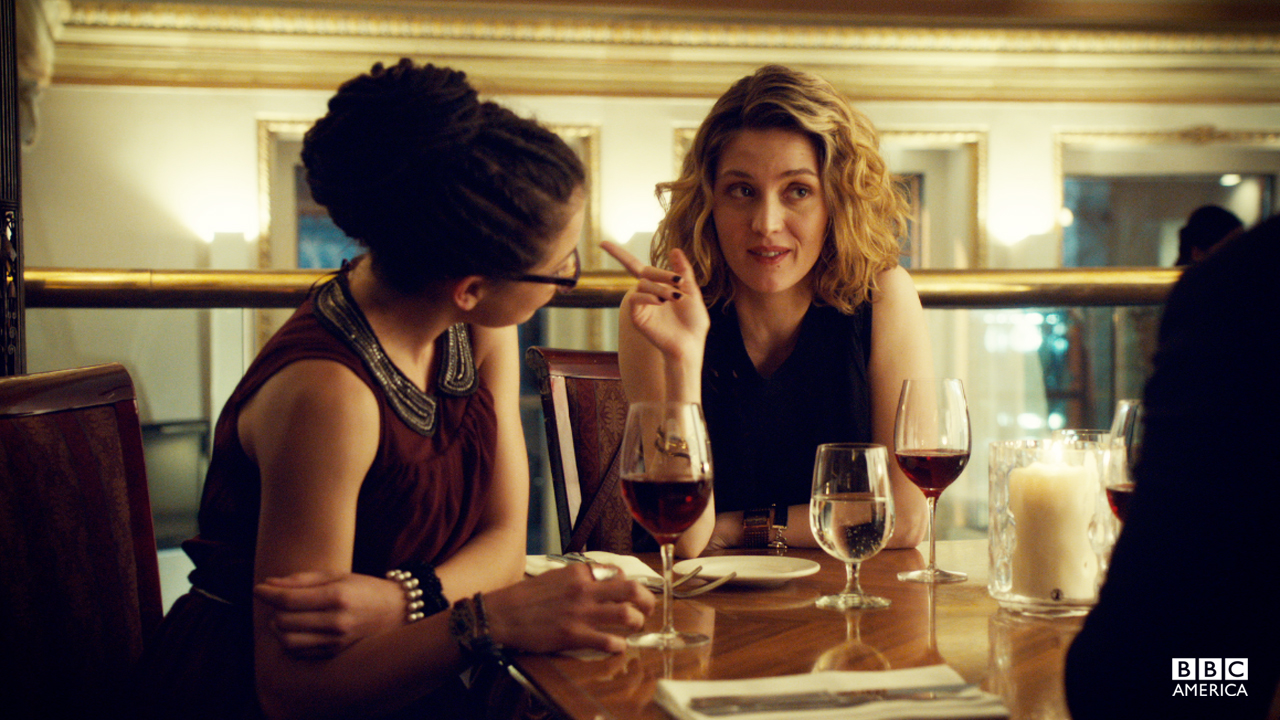 While their relationship might have been a bit weird at first, it’s always nice to know that your partner knows you inside and out – and, truly, these two have a scientific connection that all of us who don’t live in a sci-fi world will probably never understand. More than that, Delphine represents the straight-girl-crush-turned-true-love that we all kinda wish happened more often.

Jules and Nic (The Kids Are All Right) 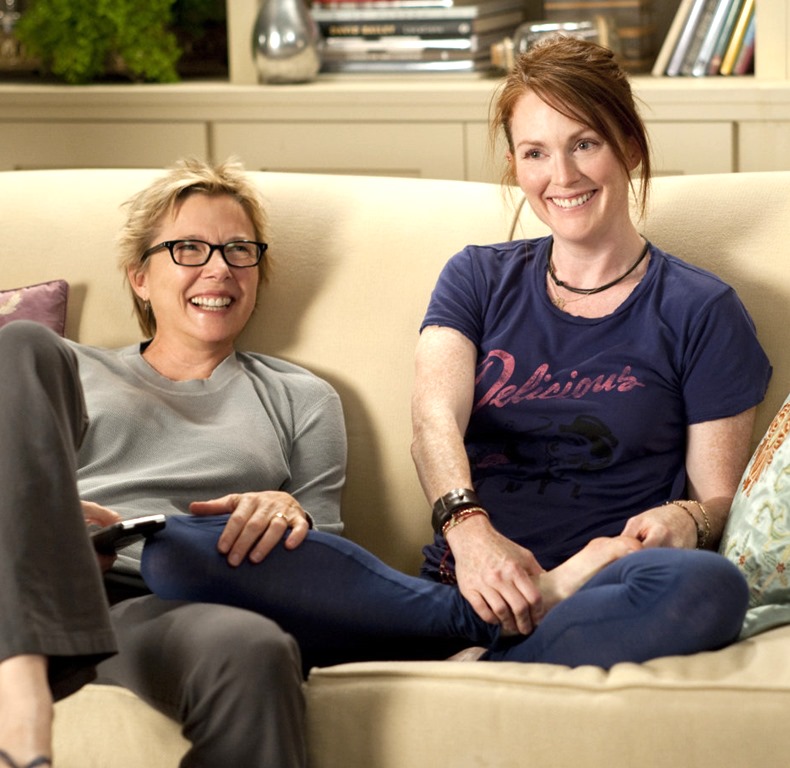 While much of this movie is a bit uncomfortable, the way the movie shows the lesbian moms in this movie is raw, believable, and honest – something that we don’t often see. These two will work their way into your heart and ensure that their relationship isn’t one you’ll soon forget. Even if you hate the rest of the movie (as some people do), Jules and Nic are the older lesbian couple we all secretly wish we knew.

Lena and Stef (The Fosters) 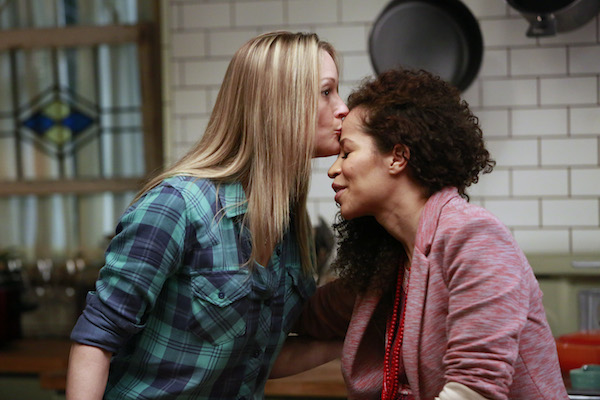 Ah, another set of lesbian moms that we all wish we could be – or have! Lena and Stef have their fair share of problems, but that’s what makes them realistic, and it melts our heart the way they manage to balance their “problem kids” with their love for each other. Their relationship could be strained or full of resentment, but it’s not, and we’re grateful for that.

Luce and Rachel (Imagine Me & You)

It’s hard to not love Piper Perabo or Lena Headey by themselves, so the two in a relationship together? Extra loveable, for sure. Not only is this one of those rare tales where the “bi-curious woman” doesn’t end up going back to her man, but they’re also super adorable together, even right from the start. There’s even a pretty believable almost-sex scene, where the ladies have that awkward first-timer sex that most lesbian films pretend is perfect. Hello, the first time is usually not perfect – so kudos to the director for making this one realistic.

Ah, boarding school love – one of the dream fantasies of the lesbian community (and also one of the biggest fantasies of the straight male community, but that’s not what we’re talking about here). These two learned about themselves, and each other, and ripped at our heartstrings as they did it. The movie might seem a little dated now, but it’s considered one of the classics of lesbian cinema. Just try to watch it without crying – I dare you!

Shane and Carmen (The L Word)

However you personally feel about Shane, I can pretty much guarantee that you were royally pissed off when she left Carmen just because her dad told her she’d do it eventually – and “might as well be now” or whatever stupid words he actually used. Carmen brought a sense of balance to Shane, and we were really, really hoping they’d end up together. Shame on you, Shane, for throwing away the best thing to ever happen to you. Shame! (It also doesn’t hurt that Carmen was my #1 favorite character from the entire show, but hey… That’s just how things go sometimes.) 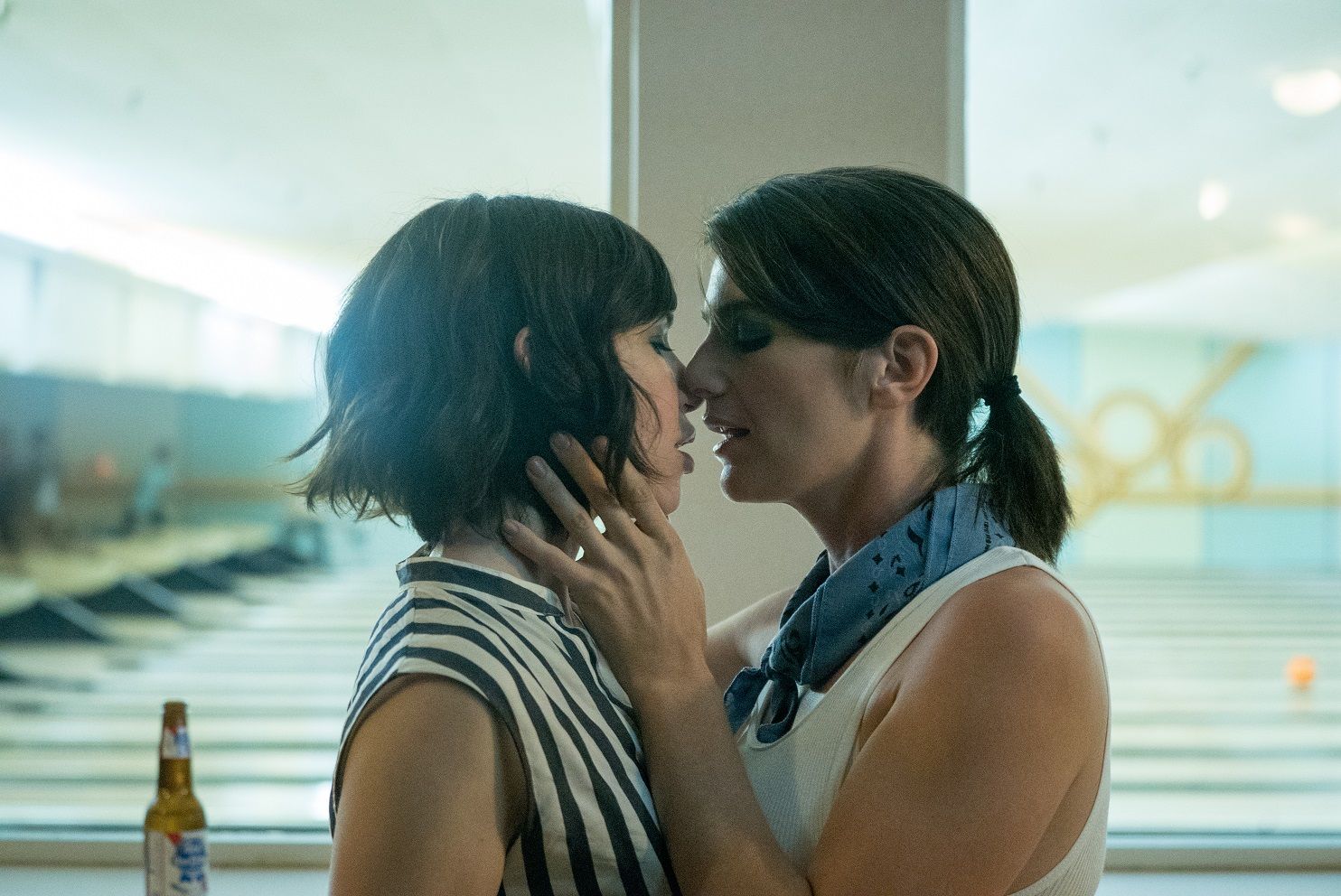 It’s always a little rough when you are dealing with a character who didn’t come out prior to the start of their same-sex relationship, but season two of Transparent handled it the best way they could – and I, for one, am thankful for that. There might be some who doubt the authenticity of this relationship, but we can’t help but hope that they’ll figure everything out in the end. (Fingers crossed!)