Queer female rappers are finally getting their due.

From Young M.A to MicahTron, lesbian rappers are taking center-stage and bringing down the house with their heavy club bangers about dancing, drinking and enjoying their youth. Each rapper looks a little different. Silvana wears her hair long and straight, while Young M.A twists thick black braids and MicahTron favors a bouncy fro. One thing is undeniable, though – they all have swagger.

Resse P is no different. Her waist-length dreads and permanent pout give her an air of aggressive confidence that no other rapper can touch. She wears enormous, nerdy glasses as well as a thick gold chain. You could say that she is a hipster poet who conquers club beats. 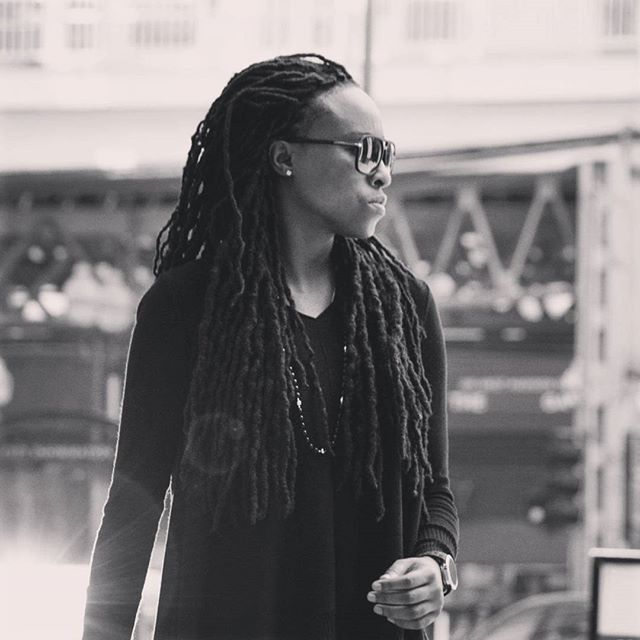 Resse P hails from Chicago, home of powerhouses like Kanye West and Chance the Rapper, and proudly represents her city. One of her premiere singles is even called “Chicago.”

She’s released a few loosies via Bandcamp, but her first major single, #MOOD, comes from her upcoming EP, OneVerse. #MOOD epitomizes what Resse P does best: mixing vulnerability and toughness. Right next to rhyming about how difficult life can be but how she’s the greatest, she opens about about love and heartbreak.

#MOOD is a jazzy hip-hop beat that alternates between hard rhymes bragging about how girls send her scandalous selfies and laid-back reflections about her emotions. “I’m in my hashtag mood,” she croons.

With her compelling energy and ability to draw listeners in with her words and her unique delivery, she sets the tone for every song. The effect is lyrical, yet upbeat.”

How does Resse P describe herself? She says she lives a “humbly luxurious life.” She prides herself on “blending a variety of sounds” but is also excited to be an “80s baby all day!” Music, traveling, reading, meditation, and everything healing and organic are important to her.

Check out her official page.