For many years it seemed hip hop was dominated by macho, gay-hating artists. There was no place for alternative sexual identities. Thanks to a more diverse range of artists working in the genre, that seems to be changing now.

Macklemore, Angel Haze, SIYA and Frank Ocean are part of the new generation of LGBT rappers whose lyrics deal explicitly with gay and lesbian themes. San Francisco-based rapper MichaTron is openly lesbian and has this to say about her oeuvre:

‘I love women and nothing’s gonna change that. I hid it for years until one day I said “F*** it”. Everyone else just had to deal with it.’

Her 2013 video for her track “Bumper” was filmed on location at the Oakland Pride Festival and the San Francisco Dyke March. The video represents LGBTs as passionate, fun-loving and absolutely proud of who they are. Not your typical hip-hop video!

But is this new sub-genre of pink hip-hop a little too much for the fans? Absolutely not says MicahTron, who has just turned 26 years old.

‘A lot of people have said that they love the fact that it was shot at Pride.’

‘Most of these [new LGBT hip-hop artists] are styled, photographed or even working with people who are queer,” she adds. ‘Most of the brilliant eyes behind the scenes in the industry belong to gay people. It’s just taken time for people to deal with it when it’s in their face.’ 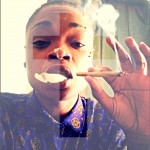 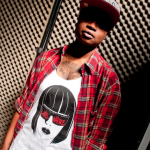 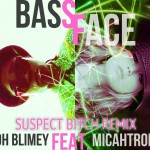 MicahTron hopes to become a role model for other young lesbians hoping to break into the world of rap. She’d also like to ‘go mainstream and win Grammys’, and she might just do it given the success she’s enjoyed so far. It already seems that her song “Bumper” is a kind of anthem for this new generation of young African-Americans who don’t see any kind of contradiction between being LGBT and loving hip-hop.