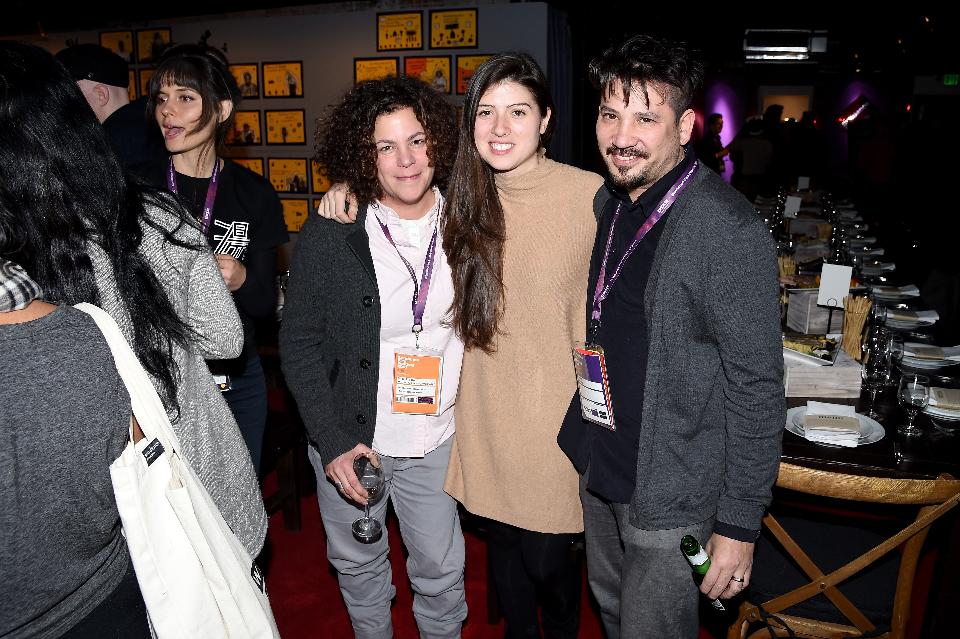 Not only was Go Fish one of the first film projects to receive support from the Frameline Completion Fund, it was also the festival’s Opening Night film in 1994 and a watershed moment for lesbian films in the festival. Following its theatrical release that summer, the film paved the way for a host of subsequent US lesbian indie releases over the course of the 1990s including The Watermelon Woman, The Incredibly True Adventures of 2 Girls in Love, High Art, All Over Me, But I’m a Cheerleader and many more.

Go Fish is a simple and somewhat old fashioned love story, which was shot like an art film. Turner played Max, a young student who hasn’t had a girlfriend for ten months, but is ready to get back into the dating scene. Her roommate is Kia (T. Wendy McMilan) teaches women’s studies at the university, tries to fix her up with Ely (V.S. Brodie). At first, Max shows no interest in Ely – looks and old relationships get in the way. However, drastic measures are taken. Ely gets a her hair cut, becomes a little butch and succeeds in getting Max’s attention. Bomb we have fireworks between the two ladies and a hot sex scene.

However ‘Go Fish’ is not your usual love story. The film broken up by a number of discourses, both serious and comic, that address various lesbian issues. The film begins with a classroom discussion in which Kia asks her students to add to a list of women known, or believed to be, lesbians. Kia’s Latino girlfriend, Evy (Migdalia Melendez), is outed to her old-world mother by her ex boyfriend. Ely’s bed-hopping roommate, Daria (Anastasia Sharp), sleeps with a both men and women. It is modern, as it is as much relevant to today’s audience.

The film is charming and infectious. There is subtle realism that allows the film to resonate with its audience.