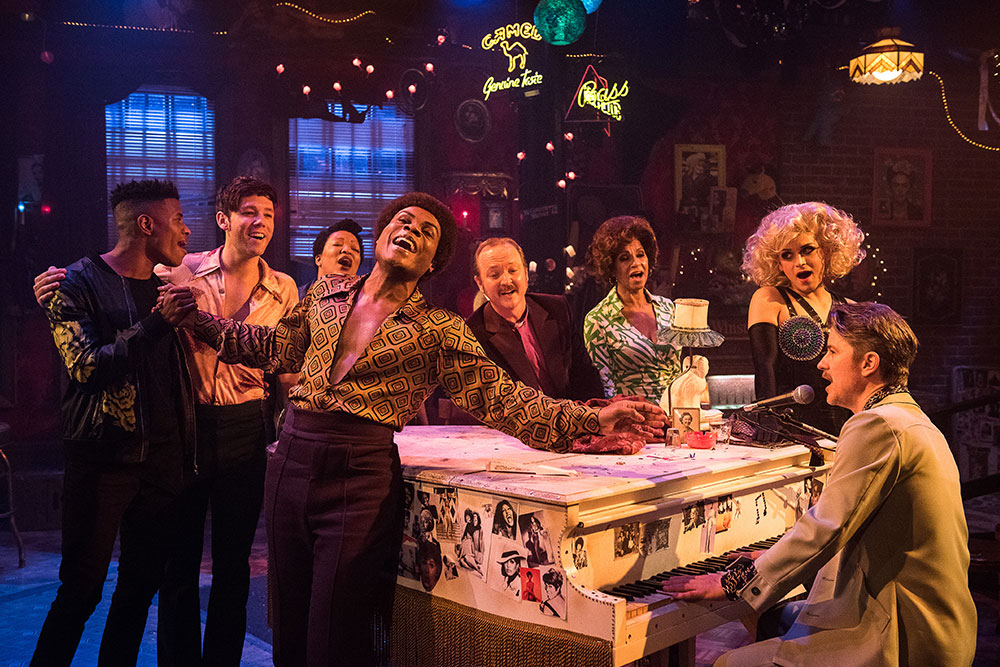 Have you ever been asked to ‘tone down’ your gayness?

Well, US sitcom The Real O’Neals – the ABC show that is based on the life of the gay outspoken columnist Dan Savage – has delivered a triumphant new video parodying just that.

In the clip, shows the O’Neals watching a gay pride parade on TV, when the Catholic mum of out-and-proud teenager Kenny asks her son if he can tell the other gays to “tone it down a bit”.

Sure thing, we all know each other, so I’m just going to hop onto the rainbow bat phone and call everyone”

Kenny does in fact get on the rainbow phone, and first tries Lance Bass, who then calls Jane Lynch, who then rings Tyler Oakley, who contacts RuPaul.