Have you ever been asked to ‘tone down’ your gayness?

Well, US sitcom The Real O’Neals – the ABC show that is based on the life of the gay outspoken columnist Dan Savage – has delivered a triumphant new video parodying just that.

In the clip, shows the O’Neals watching a gay pride parade on TV, when the Catholic mum of out-and-proud teenager Kenny asks her son if he can tell the other gays to “tone it down a bit”.

Sure thing, we all know each other, so I’m just going to hop onto the rainbow bat phone and call everyone”

Kenny does in fact get on the rainbow phone, and first tries Lance Bass, who then calls Jane Lynch, who then rings Tyler Oakley, who contacts RuPaul.

Here! queer! And stealing awards from straight people! Conservative news outlets would probably run with that headline like a steam train, when in actual fact some brilliant LGBT-themed TV shows have this year scooped up awards at the prestigious TCA Awards (Television Critics Association Awards) to signify that they were amongst the best things on our telly boxes/mobile devices or laptops (if you were watching on Netflix) in the past year.

The TCA are a wise old bunch and so their deemed quality of TV shows amounts to more than the ratings and what the majority of us are spending times vegging out on our couches watching, which means that anyone worth it has a chance at winning and it also really tells you what the good stuff is.

This year, the two big LGBT winners were RuPaul’s Drag Race and Orange is the New Black. Two shows that couldn’t be further from each other on the telly spectrum.

While OITNB’s award for Outstanding New Program is undoubtedly deserved for the way that the Netflix-only prison drama portrays the lives of its incredibly diverse prisoners (many characters are LGBT and/or of colour too) with empathetic realness.

Whereas RuPaul’s drag-based competition was often peppered with transphobic language that is distinctly unlike its network (Logo TV) which has been a long time supporter of LGBT projects.

Luckily though, another wonderful show was kicking ass and taking names (and TCA Awards too!) to offset RuPaul’s sometimes-grossness and to back up OITNB in fantastic shows with fantastic LGBT characters.

The Fosters, whose two lead characters are an interracial queer couple with an interracial family on a channel (ABC Family) that originally launched in an effort to promote conservative TV shows. So a triple win of sorts? Absolutely and we can only hope that the next year is as great for LGBT-related TV shows too. 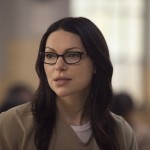 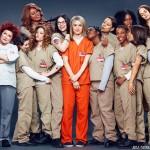 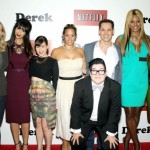 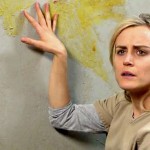 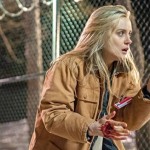 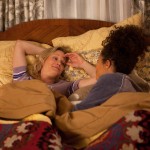 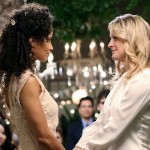 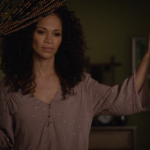 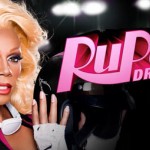