Thankfully, over the year, MTV has been actively pushing for greater LGBT visibility on it’s television shows. 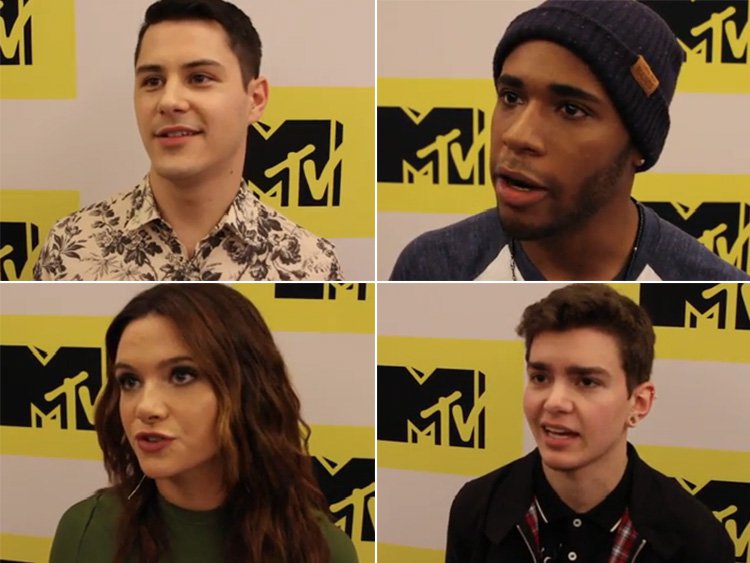 Recently several cast members from the network’s various programs spoke with The Advocate about the importance of LGBT visibility in their own programs as well as their pride in being a part of MTV’s diverse legacy.

Katharine Hepburn may be the greatest star ever to appear on the big screen. From 1928 through  1994 she acted in various kinds of productions ranging from Broadway theater to the biggest Hollywood productions and back again to Shakespeare plays later in her career. She received four Academy Awards for Best Actress, more than anyone before or since. In 1999 American Film Institute named her the greatest female star in history of American cinema.

Hepburn was the first modern woman

Katharine Hepburn was the first big Hollywood star to break the female protagonist’s stereotype. Her role was often not defined through the male hero, she did not need to be saved and she did not need a man to seduce. Instead, she usually played strong independent characters, often aristocrats.

Also off screen Hepburn was an example of a strong, intelligent, successful woman. She has been even defined as ”the patron saint of the independent American female.”

Despite her great influence Hepburn rarely gave interviews, instead jealously protecting her privacy much like her contemporary Greta Garbo.

However, starting in the ’70s Hepburn opened up to the public. In the following years, before her death in 2003, she made many praiseworthy statements. She supported birth control and the right to abortion and generally presented herself as an advocate of liberal and tolerant values. American Humanist Association gave her the Humanist Arts Award in 1985.

In 1991 Hepburn summed up her life philosophy in a beautiful way:

“I’m an atheist, and that’s it. I believe there’s nothing we can know except that we should be kind to each other and do what we can for other people.” 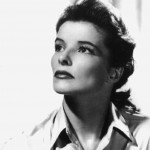 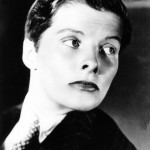 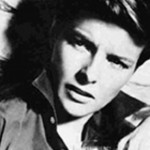 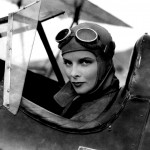 It’s hard to choose Hepburn’s greatest roles from a career stretching across seven decades. She was always known for choosing roles in various genres – drama and comedy alike. Hepburn has been occasionally criticized for her limited versatility as an actor, but no one had work ethic like her. She always thoroughly studied her character and the script. She knew all the lines – not just her own but her colleagues’ as well.

Hepburn’s greatest feature films might be the following three:

Jennifer Tilly is a cult actress known for her several sexually charged characters. Many movie goers also recognize her squeaky voice from animation films. (Her high-pitched voice also helps her get rid of telemarketers – they think she’s a little girl.)

Tilly is another straight girl enjoying huge campy LGBTQ following. Lesbian women tend to randomly propose to her. Gay guys tag along as she goes out to party. Once Tilly made a heartwarming comment on her popularity among sexual minorities:

”A gay fanbase is the best kind to have, because on a whole they are very strong, intelligent and educated. And they are usually loyal and adoring. They are not afraid to run up and throw their arms around me, and tell me how much they love me. After all, everybody needs love.”

Sassy on the screen

In the ’80s and early ’90s Tilly played various small Hollywood and TV roles. Most notable was her performance in Woody Allen’s Bullets Over Broadway (1994) which earned her nomination for an Academy Award for Best Supporting Actress.

In 1996 Tilly launched herself to permanent gay fame by playing an on-screen lesbian relationship with her co-actress Gina Gershon in The Wachowskis’ violent heist movie Bound. Afterwards, there was no turning back.

Could you love a murderous monster doll?

Jennifer Tilly’s reputation as a veritable camp star was cemented by one of the campiest horror franchises of the past 25 years, Chucky. I’m sure you all know the supernatural animated doll on a murder spree. Since 1999 Tilly has played Chucky’s bride in three separate movies. It might not be the most brilliant concept in the history of cinema, but the films have eager cult following.

Perhaps you didn’t know that these days Tilly is as much a professional poker player as an actress. In 2005 she won World Poker Tour  Ladies Invitation Tournament in Los Angeles. By July 2012 her live tournament winnings were said to exceed $590 000.

Today Tilly focuses more on her poker career than acting and gets smaller roles than what we think she should. But rest assured: we will keep seeing more of her awesomeness on the big screen as well. 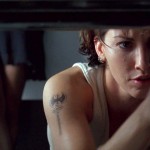 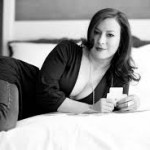 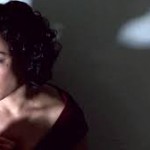 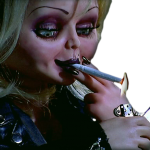 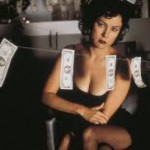