Creating your profile online profile can be a daunting task.  There are so many different ways you can describe yourself. It can be hard to know the best way to get people interested. 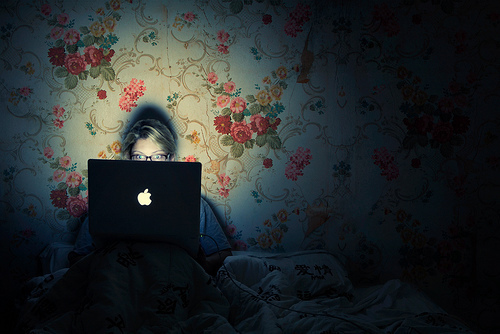 Although a majority of people in countries like the US and the UK now support LGBTQ rights, there’s still a (vocal) minority who still oppose them and the existence of LGBTQ people themselves. While they are clearly on the wrong side of change, homophobia can have a serious impact on a person’s mental health and, as we have unfortunately seen in the past, can lead people to taking their own lives.

Recently, LGBTQ charity Stonewall spoke up about the risk of ‘complacency’, saying that we need to make sure we tackle anti-LGBTQ opinions and now mental health charity Beyondblue has backed that up with a survey; and the data is damning.

Beyondblue interviewed 304 teenage boys in Australia, each of them aged between 14 and 17. They quizzed them on their opinions of lesbian, gay, bisexual, trans and intersex people and found that 21% of them agreed that it was hard to treat them the same as their cis, heterosexual peers and 27% of the boys said agreed with the statement “The way I treat lesbian, gay or bisexual people doesn’t really matter as I don’t meet many.” Worse still, one in five of those who responded said that LGBTI people should hide their identity and 38% weren’t sure (or disagreed) when they were asked if they’d be happy to include an LGBTI person in their friendship group. 40% said that they were uncomfortable around LGBTI people.

We know levels of psychological distress among LGBTI people are much, much higher than the rest of the population, and suicide rates among this [part of the] population is also incredibly high. Having people tease you and making you feel worthless at school can be incredibly damaging, and the research is consistently telling us we need to educate young men in particular that discriminating against LGBTI people is not only harmful, it’s ridiculous and not cool.”

As a result, her organisation has put together a new advertising campaign to tackle these anti-LGBTQ opinions. There is a short film accompanied by the hashtag #StopThinkRespect and this will be rolled out across social media as well as being displayed on gambling websites, at cinemas and other places frequented by young men.

Harman has also said that she doesn’t know why Australia’s young men hold these views but hopefully their campaign will change their minds for the better.

Ah the things that straight guys say to lesbians. We’ve heard them, we’ve even entertained them, but here YouTubers Hart, Bria & Chrissy, Anna, Jess, Steph, Stevie, and Arielle, laying down the classics lesbians lines they have heard from straight guys. Very funny, so please watch.