A student from Manteca, California has settled a federal free speech lawsuit with her high school.

16 year old, Taylor Victor was sent home for refusing to change her T-Shirt, which read “Nobody knows I’m a lesbian”.

When she first wore this shirt to Sierra High School last year, school administrators sent her home. They said it was an inappropriate “on the grounds that she was not allowed to display her ‘sexuality’ on clothing.”

After confirming that the shirt did not violate the dress code, the school then told her that she was not allowed to “display personal choices and beliefs” on clothing because it could be viewed as “disruptive” or “gang-related”.

The Assistant Principal Dan Beukelman also told Victor that her shirt was “promoting sex” and displayed an “open invitation to sex”.

Now, the district has agreed to amend the dress code and clarify that students are allowed to wear clothing supporting their or their classmates’ personal identities. This includes race, gender, religion, and sexual orientation.

Being a lesbian is an important part of Taylor’s identity, and she shouldn’t be censored from talking about it at school. Students don’t leave their rights to free speech at the schoolhouse gates. At the end of the day, the law on this is very clear, that public schools can’t censor the personal beliefs of students just because they think it might be controversial.”

She says Victor will also get $1 from the school district to represent the harm she suffered.

But more importantly of course, from now on she will be able to express herself and to be herself without fear of punishment.

Victor said that she is happy after “months of fighting this censorship battle.”

Queer Fashion | Fit to A Tee – To say that T-shirts are a style staple is an understatement. It is the comfiest and easiest thing to wear. It is easy to accessorize, easy to pair with anything in your closet. Did I mention that it’s comfy and cozy?

Denim and T-shirts are the uniform of the 21st century, still there’s no reason why we can’t mix it up. We know that white tees are the best (and they are), but we’re here to step away from basics and show you 4 new T-shirt designs that you’re sure to fall in love with.

Athletic-inspired fashion is all the rage these days, and a raglan tee is one of the simple ways you can mix some sportswear into your look. Remember, you’re not on the pitcher’s mound so don’t overdo this trend. Wear your raglan tee with a skirt or with jeans and strappy sandals for a more feminine casual look. 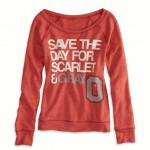 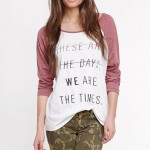 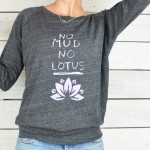 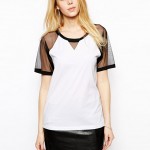 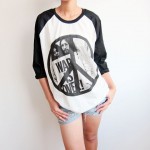 Steal some ideas from the Tomboy’s department and grab a slouchy T-shirt. You don’t actually need a boyfriend to own this trend (you can borrow from your brother maybe), because there are so many stores that carry this style. The relaxed and loose fit of this tee is ideal for summer layering. 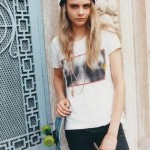 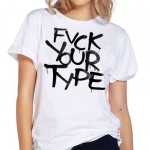 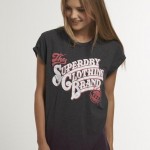 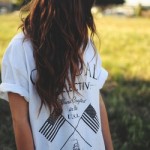 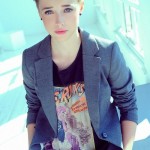 We know that everyone has a basic white and basic black T-shirt that you practically live in. Here’s another T-shirt to add to your basics—the classic striped tee or the Breton shirt. These shirts were originally designed for French sailors, and now these tees are on the backs of the chicest celebs like Jessica Alba, Hillary Duff, and Mila Kunis. 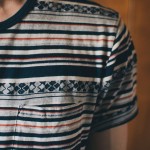 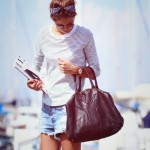 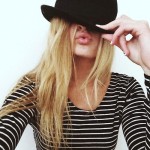 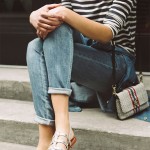 Swap out your typical T-shirt length for tunic T-shirts that you can wear over leggings or jeans. These tees are made out of lightweight material and usually ends mid-thigh or just above the knee. You can also use these as a beach cover-up. For petite girls, tunic tees can even be worn as dresses! 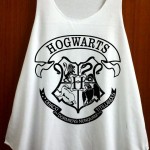 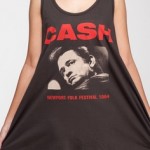 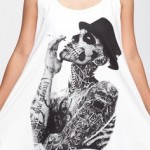 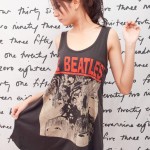 Will surfing the internet, I came across these T-Shirts by Love Human, and they made smile. Positive messaging on classic designs. Prices start from $27.00

At HUMAN, we celebrate the individuals who refuse to be tamed; the fun-loving, free-spirits living their lives one wild party at a time. Our designs offer an indelible souvenir of all those crazy moments that leave you feeling forever young, wild, and free. Live for the moment. Dress for the moment. 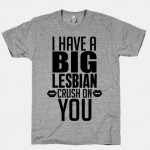 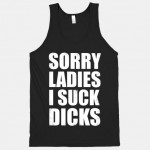 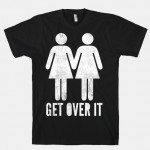 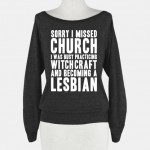 Created by Daniel Arzola, I’m Not a Joke is a campaign spreading awareness for the LGBT community through art and design. In light of the recent violent acts against the sexually diverse community in Venezuela. It initially seeks to expand in the online community. If you’d like to share your opinion please do so via twitter using the hashtag #ImNotaJoke. 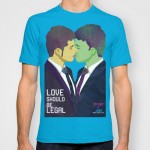 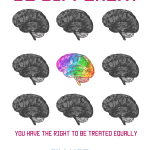 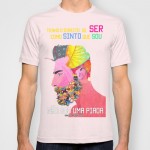 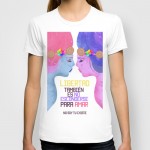