Tegan and Sara have released the video for ‘Faint Of Heart’, the fourth single taken from recent album ‘Love You To Death’.

The video stars LGBTQ youth in-character as musicians traditionally cherished as community icons: Elvis, Madonna, Prince, David Bowie, Grace Jones, and Tegan and Sara themselves. The real Tegan and Sara sit in the audience, cheering on the young performers.

According to Teen Vogue, where the video premiered, happened to be filmed the day after a gunman killed 49 people at a gay nightclub in Orlando, Florida. In that atmosphere, its creation felt particularly emotional. 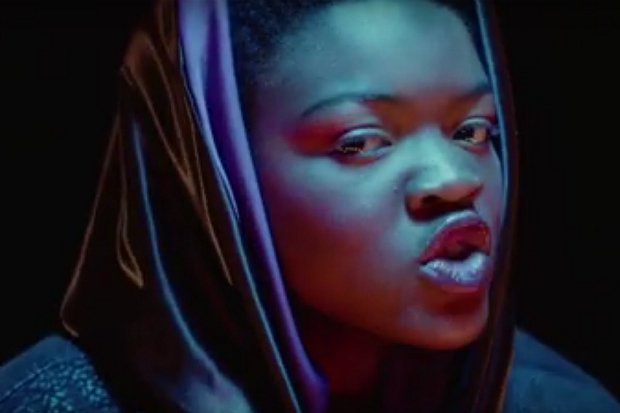 There was something very personal about this tragedy and that was undoubtably on our minds as we arrived on set. I felt honored to be included… which sounds silly since it was a music video for our band.” 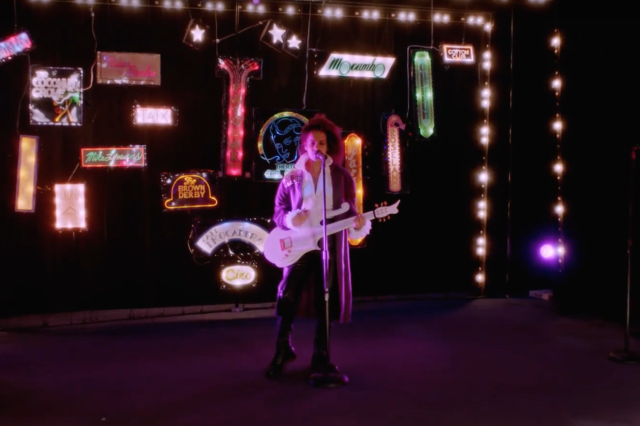 From the second we walked in, I felt incredibly emotional. The cast was so young, so excited, so talented, so friendly and so diverse. It was clear this video was going to be very special. I felt honored to be included… which sounds silly since it was a music video for our band. But from the second we arrived, my brain recognized the music video as something we were doing together with our community to present the bravery, the talent, the love, the art, and the connection we all have, rather than just a vehicle for our music — which was a relief. It might be hyperbolic to say this, but I think it altered how we looked at how we were going to proceed in our career. The video had meaning, and that felt very important in that moment of time.” 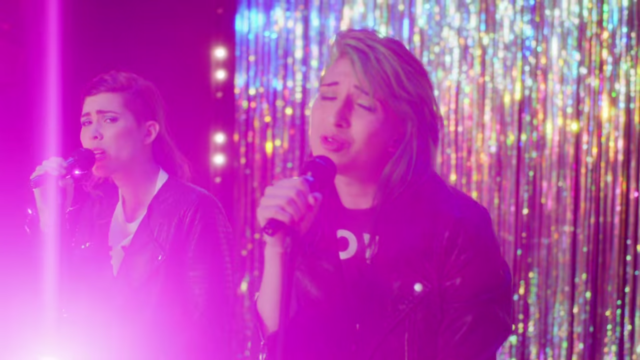 The video’s director Devon Kirkpatrick told Autostraddle, said he hoped to highlight the LGBTQ community with this video.

As a non-binary director myself, it’s important to me to be a part of creating opportunities that highlight the talents of the LGBT and specifically trans and GNC community. To cast trans and GNC young people as icons that helped to push the gender binary was especially gratifying. We cast two queer identified trans girls as Tegan and Sara themselves. It felt especially important to create a space that reflects inclusiveness.”

Tegan and Sara have released the next video from their recent album Love You to Death.

BWU video, directed by badass Clea DuVall, finds Sara bummed after asking her girlfriend to marry her (proposing with an empty ring box, no less), only to be turned down. 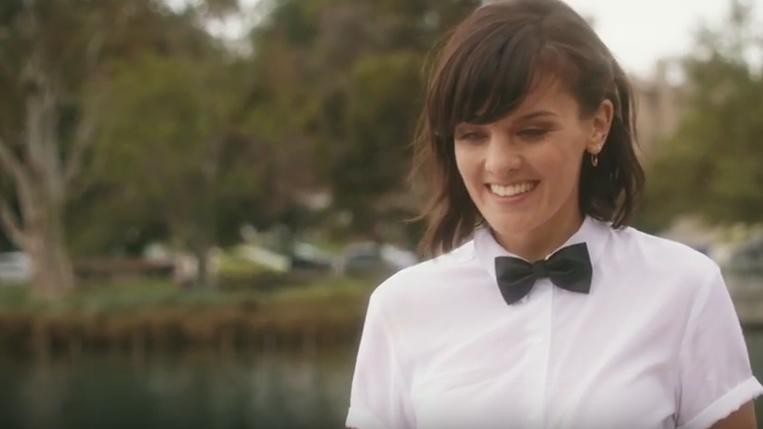 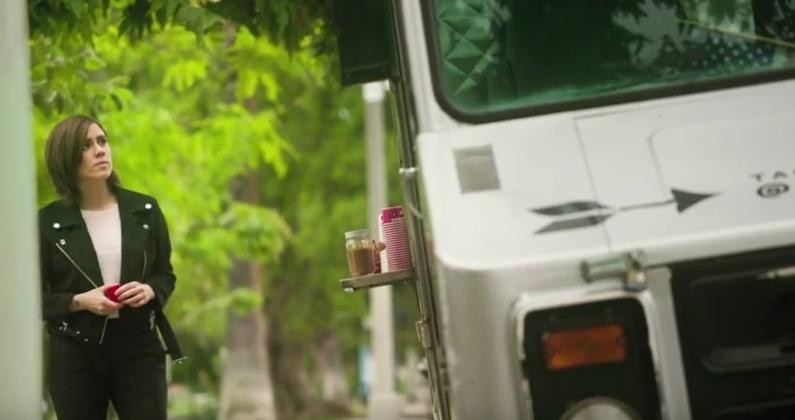 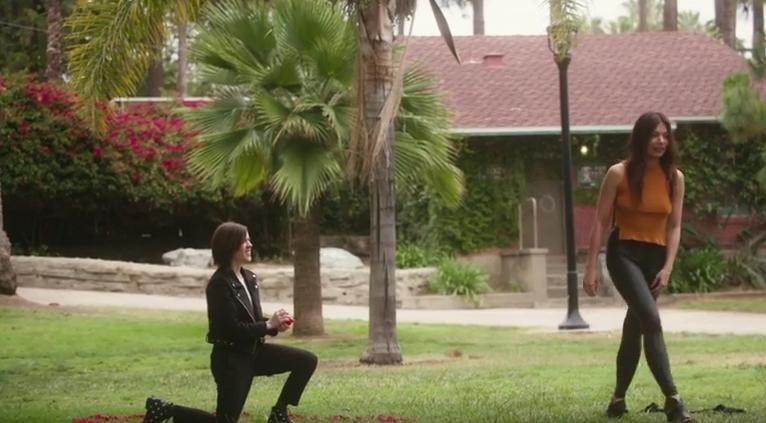 In a statement released to Entertainment Weekly, Quin discussed the message behind the song.

The activist in me fought passionately for marriage equality because of what it signified socially, and for the countless legal benefits and protections that had been withheld from so many devoted same sex couples in history. I was happy when the Supreme Court ruling legalized same sex marriage in the USA, but I was also relieved that I could finally ”come out“ as a person who actively dislikes the institution. Specifically the assumption that by not participating in the ritual you are a deviant or unlikely to share the same common values as someone who does.”

I liked the idea of having no one really understand how lonely it can be when you have different ideas about what you want your life to be.”

DuVall also directed the band’s “Boyfriend.” According to EW, the sisters have a video-per-song strategy for their most recent release, Love You To Death. 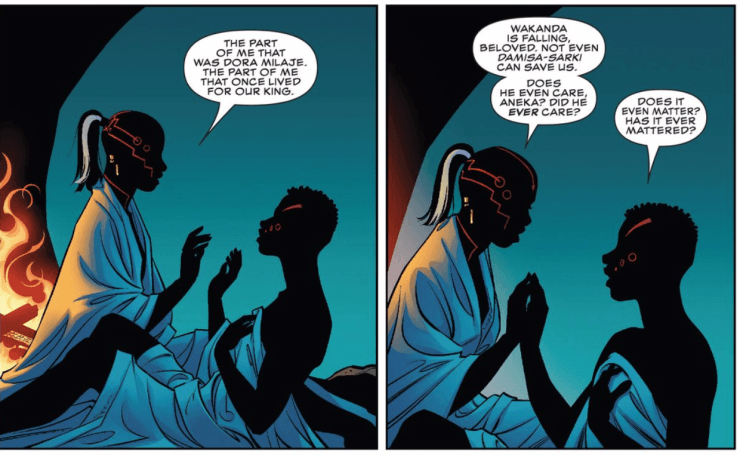 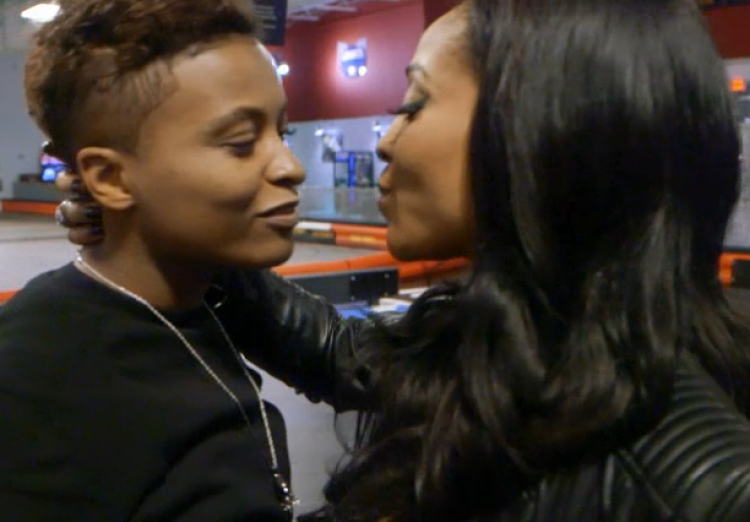 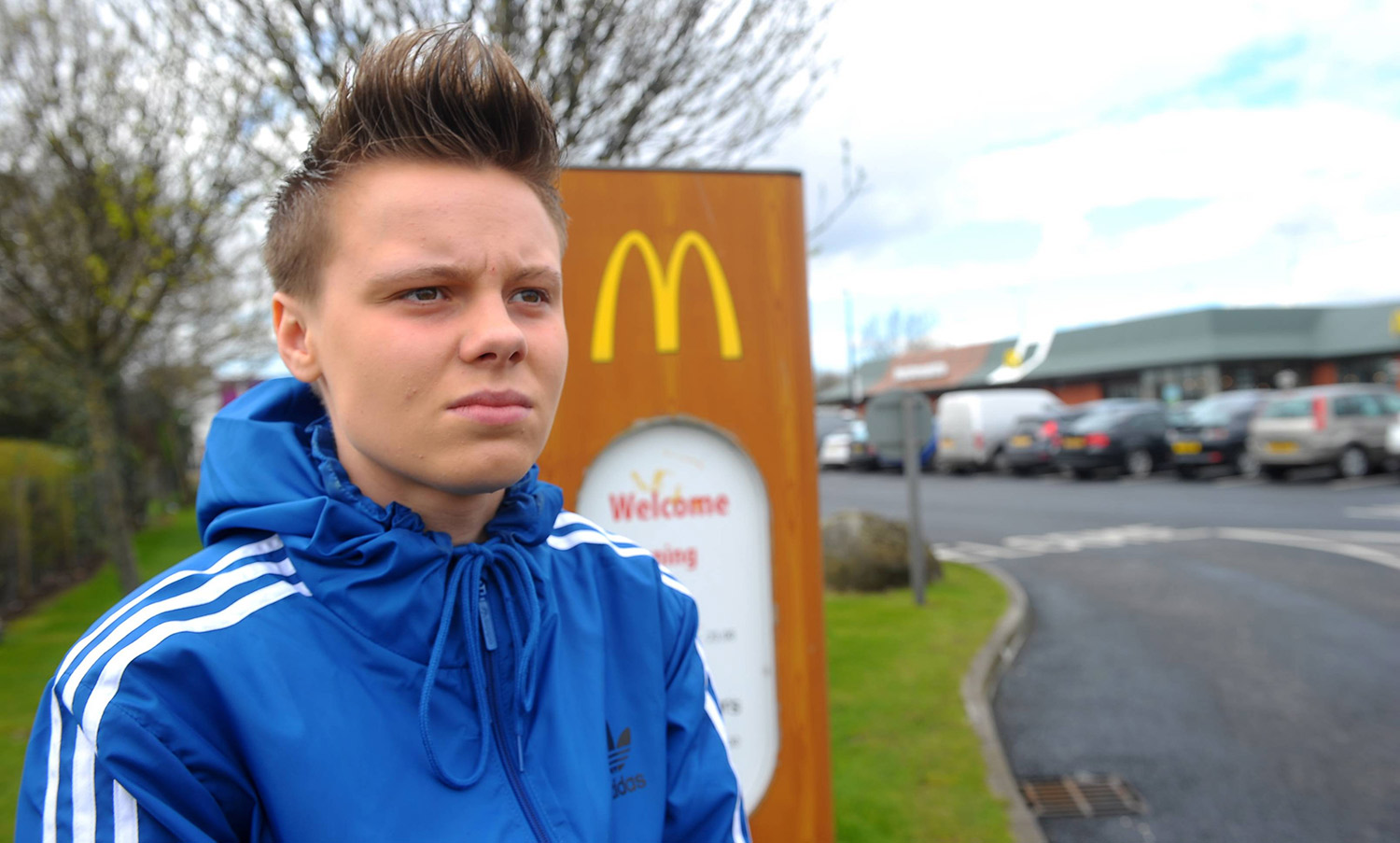 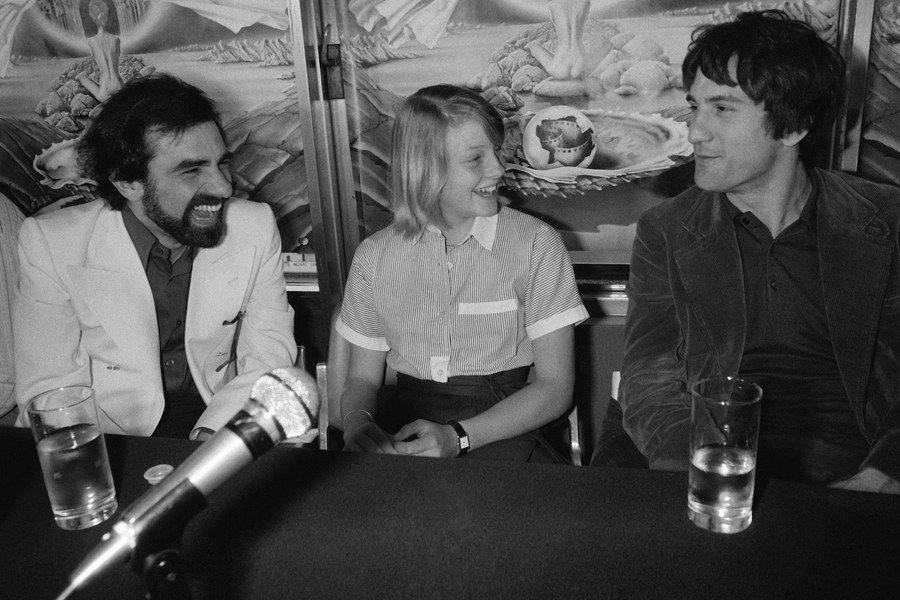 We really loved the look Tegan and Sara opted for at last nights Oscars. The rock duo went for an all black matching ensembles for the red carpet: one a black tuxedo suit and the other a chic black dress, respectively. Perfectly complementary.

Twin sisters, Tegan and Sara, were at the oscars to perform the song Everything Is Awesome, from The Lego Movie. The song was one of five tunes nominated for the Best Original Song award – and they pulled off a fantastic spot, lightening the mood and making the audience smile, with Andy Samberg’s comedy-music troupe The Lonely Island. Dancers even handed out Lego Oscars to Oprah, Steve Carell and other stars – an epic Oscars collaboration that will make the history books.

Its been announced that Tegan and Sara will be taking the stage at the Oscars. The duo has been added to the long list of performers, to sing hit song Everything Is Awesome, which is featured in The Lego Movie.

Although The Lego Movie may have been snubbed at the Oscars in the Best Animated Feature category, it did nab a Best Original Song nomination for the song, which was written by Shawn Patterson.

MOST AWESOME? @TheAcademy has invited us to perform #EVERYTHINGISAWESOME with @thelonelyisland at the #OSCARS!!! pic.twitter.com/Ya1lsufjlE

The 87th annual Academy Awards will be held Sunday, February 22 at the Dolby Theatre in Hollywood, Los Angeles.