Legend of Korra co-creator Bryan Konietzko has released some very romantic Korrasami artwork. The art will be sold as an exclusive print at an exhibition, and Konietzko plans to donate the amount to an LGBTQ suicide prevention hotline.

The show surprised fans after concluding the popular animation series with a romantic lesbian linkup between the show protagonist Korra and her long time friend Asami.

Shippers have been in full support of the Korrasami relationship since it was rumored at the beginning of The Legend of Korra season four. Although many thought it would never be showcased as the show had such a young demographic.

Well we were all extremely surprised during the shows final episode with the implication that Korra and Asami were entering into a deeper relationship and even more surprised when the creators actually confirmed our suspicions.

“Our intention with the last scene was to make it as clear as possible that yes, Korra and Asami have romantic feelings for each other,” Dimartino said on his official blog page.

The moment where they enter the spirit portal symbolises their evolution from being friends to being a couple.”

Co-creators, Bryan Konietzko and Mike DiMartino, have confirmed that the American TV series ‘The Legend of Korra’ main characters, Korra and Asami, are in love and are in fact a lesbian couple.

Fans have long suspected that the series was moving towards a lesbian romance between the best friend, with their closeness and strong bond a central theme for the show. 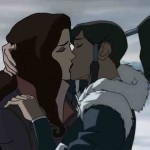 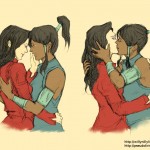 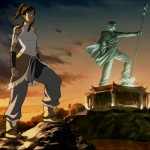 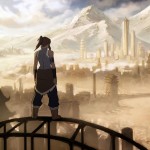 “Over the years we’ve heard from numerous fans, in person and online, how Avatar and Korra have influenced their lives for the better or helped them overcome a life struggle or setback. I am always humbled when people share their personal stories with us and I am grateful that my love for telling stories has been able to help people in some small way.

So while Avatar and Korra were always meant to be entertaining and engaging tales, this universe and its characters also speak to the deeper humanity in all of us, regardless of age, gender, race, religion, culture, nationality, or sexual orientation.”