A death on The 100 prompted a huge backlash against the show, but this anger has sparked a social media campaign and a fundraiser for The Trevor Project.

Lexa, played by Australian actress Alycia Debnam-Carey, was a fan favourite on the show set in a post-apocalyptic world. Her relationship with Clarke, played by Eliza Taylor, starts as a rivalry between two clans but eventually becomes romantic causing the fandom to create the ship name Clexa. 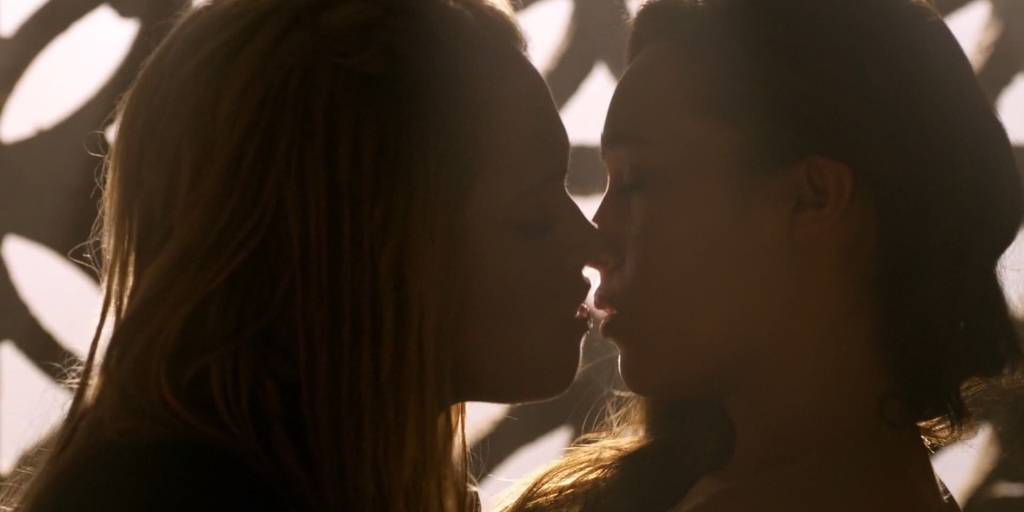 In last week’s episode, Lexa was killed off after being hit by a stray bullet in front of her on-screen partner, Clarke. This happens mere minutes after Clarke and Lexa had sex for the first time, a culmination in several episodes of teasing their relationship.

The death caused the birth of a social media campaign with the hashtag #LGBTFansDeserveBetter trending on Twitter with more than 250,000 posts.

The passion behind this collective disbelief and the sheer callousness of those involved in selectively elevating the Queer representation of its character(s) only to backtrack in the most disingenuous of manners, has left many with a feeling of emptiness and betrayal. This is not something ‘sorry’ can fix,”

There is not much we can do in the way of changing what’s already been written. What we can do however, is unite to help those who are hurting and despondent through this. We now have the means to reach a large audience, individuals who need to be heard, who need to be understood and who ask for our help,”

The 100 creator Jason Rothenberg responded to the outrage by saying he loved Lexa’s character, but she had to be written off the show.

I adore [Lexa], I think she’s amazing, I miss her more than anybody else. I only had the use of her as an actor for seven episodes, six really. There was a date for certain at which we were going to lose her and after that it would be very difficult to arrange to see her again and that definitely played a big role in my decision to have the story go in that direction.”

Were she not on another show, would I have not had this story play out? It’s hard for me to say yes or no … this is a world where, we’ve done it before, no one is safe … there are no happy endings in the sense of easy way outs.”

By the end of 2014, it is projected that Care With Pride™ will have raised more than $500K for our LGBT charitable partners since the program’s inception in 2012.

Now in its third year, Care With Pride™ is a multi-faceted campaign developed by Johnson & Johnson’s, which was established to raise awareness about the negative impact of bullying on the overall health and well-being of our youth, with particular emphasis on cultivating respect and equality for the LGBT community and LGBT families.

Since 2012, donations raised through Care With Pride™ have supported PFLAG’s anti-bullying efforts and this year, The Trevor Project and Family Equality Council are newly added beneficiaries.

The theme for this year’s program is ‘Caring for All Families’ and emphasises cultivating respect and equality for the LGBT community, specifically in school systems.  Bullying, in particular, is a common concern for most families. The unfortunate reality is that nearly one in 3 students report being bullied during the school year. For LGBT students, it’s even worse.  Eight out of 10 LGBT students report having been verbally harassed at school, while four out of 10 have been physically harassed at school.  Students who experience bullying are at increased risk for depression, anxiety, sleep difficulties, and poor school adjustment. And most alarming, LGB youth are four times more likely, and questioning youth are three times more likely, to attempt suicide as their straight peers.

Our commitment together is to raise awareness about the negative impact that bullying has on the overall health and well being of young people. We have had great success with the CARE WITH PRIDE™ initiative over the past two years and have built significant momentum in a short period of time. Last year alone, we helped reach more than 100,000 students and faculty with a message of inclusion and acceptance.”

Alex Gorsky, CEO and Chairman of the Board of Directors for Johnson & Johnson

Central to this year’s program is the Safe School Action Pack, a booklet containing top ways to make schools safe for all students. Booklets contain approximately $55 in savings from more than 20 Johnson & Johnson brands.  For every coupon redeemed, Johnson & Johnson will make a donation to our LGBT partners and will guarantee a total minimum of $215,000. The booklets will be distributed at more than 100 LGBT events across the country and can be downloaded at www.CareWithPride.com.

In addition to redeeming coupons, consumers can also support Care With Pride™ by uploading a photo through Johnson & Johnson’s Donate a Photo* app. Individuals can select PFLAG and Family Equality Council as their cause to donate to within the app.  One dollar for every photo shared will go to the selected Care With Pride™ charitable partner.  Individuals can donate one photo a day, every day. Money raised through the Donate a Photo app for our LGBT charitable partners will be in addition to the $215,000 in donations already pledged as part of CARE WITH PRIDE™ campaign for this year.