We often complain that there is not enough lesbian representation in the media. However, slowly but surely things are changing.

There is now an abundance of lesbian web series to choose from, and we have listed out some of our favourite shows from this year below. 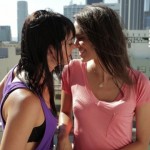 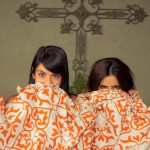 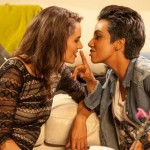 From the award-winning filmmaker Rolla Selbak, this lesbian web series is based on two hilarious and clueless characters, played by The Real L-Word’s Tracy Ryerson and Ilea Matthews, who aim to create a celebrity sex tape to launch them into fame.

With 2 seasons now out, the series is fantastic and we can’t wait for a next season.

‘Rods & Cones’ is a comedy series about high-power, low-profit comics Carole and Mitzi, as they take on their rivals, The MILFies.

The comedy is the first original web series to premiere on Wifey.tv, a video network by and for women. Watch the first season of ‘Rods and Cones’ on KitschMix.TV 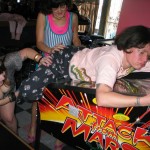 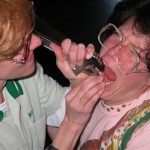 The new Brazilian web show RED, is a lesbian-themed web series, independently produced and financed by its creators, Viv Schiller and Germana Belo. Based in Rio de Janeiro, the show tells the story of two actresses, Mel Béart and Liz Malmo, that meet on the set of a short film called RED. The two women soon take their developing romance from the set, to real life.

We highly recommend you all start watching this slick new series that already has our pulses racing – addictive viewing. 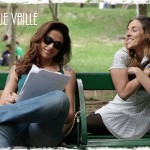 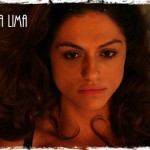 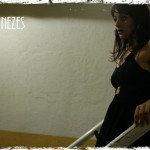 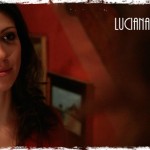 ‘Be Here Nowish’ is a new comedy by Natalia Leite and Alexandra Roxo about two sexually progressive New York gals who ditch their down-and-out lives for LA in search of a spiritual awakening. The creators say they made the show to reflect a world in which ‘people choose their personal pronouns, girls look like boys, boys look like girls, sexuality is fluid, sex is complicated, and laughter is abundant’.

If you’re a fan of Broad City, or any other show involving two best friend’s making complete and utter fools of themselves, you’re in for a treat.

Now on season 3, the high drama, super sexy lesbian web series, ‘Girl/Girl Scene‘, is a must watch. It is a vibrant, vital and honest web series and a true reflection of today.

“Based on the lives and loves of four young friends, this series boldly goes where no other has gone before – between the sheets and into the minds and hearts of unapologetically queer women living in middle America.”

The shows lead character is Evan, which is actually played by creator/writer of the series Tucky Williams, and what we love about the show is it is refreshingly non-judgmental, while telling funny, provocative and controversial story-lines. Start watching

Another web series in it 3rd season, but its a cracker. If you haven’t seen the lesbian web series from Australia, then you’re missing out. ‘Starting From Now‘ is a lesbian drama centred around a steamy love triangle. From Common Language Films, the hot internet show stars Sarah de Possesse, Rosie Lourde, Lauren Orrell, Bianca Bradey, and Linda Grasso. Watch all season here at KitschMix.TV 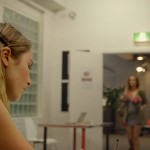 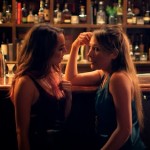 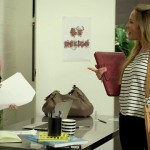 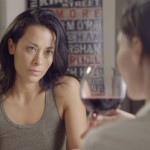 Again, if you like Broad City, then you will love this. Set in the city of Boston, this comedy centres around Karly (straight) and Alex (lesbian), best friends since college, whose dysfunctional, co-dependent, drinking, and drug taking relationship impedes them from ever finding someone special in their lives besides each other.

Created by Katie Shannon and Katie Thompson, and starring Audrey Johnson and Ashley Elmi – this ‘no-holds-bar’ web series is a delight to watch. The first episode premiered back in June, but you can catch the full series here.

The KitschMix team have a new weekly passion, and it comes in the shape of K&A.

If you like Broad City, then you will love this. Set in the city of Boston, this comedy centres around Karly (straight) and Alex (lesbian), best friends since college, whose dysfunctional, co-dependent, drinking, and drug taking relationship impedes them from ever finding someone special in their lives besides each other.

Created by Katie Shannon and Katie Thompson, and starring Audrey Johnson and Ashley Elmi – this ‘no-holds-bar’ web series is a delight to watch.

The first episode premiered back in June, with episodes airing on a weekly basis on YouTube.