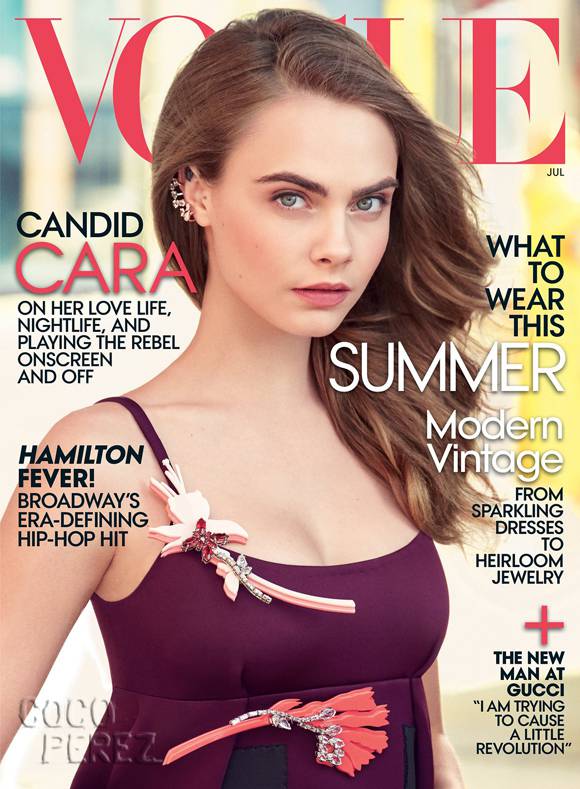 However, while the interview carried a positive message overall, it contained the line:

Her parents seem to think girls are just a phase for Cara, and they may be correct.”

In response, an online petition was set up, calling for the magazine to apologise. The petition received than 20,000 signatures.

Cara as now also weighed in on the comments.

My sexuality is not a phase. I am who I am.”

However, she also added that while she was flattered by the show of support online, she was sure the article was “nothing malicious”.

On learning to block out her life’s distractions, she said:

Being in love helps, you know? If you’re in love with someone, you can be with them like no one else is in the room. Acting is like that. It’s like taking that feeling and turning it on so nothing else matters when you’re looking in another actor’s face.”

Tony Abbott, you better listen to the rest of the world and carry on. Go with it.”

Cara Delevingne has been talking in Australia about how happy she is that it’s becoming more accepted across the world to speak about sexuality.

The bisexual model-turned-actress – who is in a relationship with singer St Vincent – told Daily Mail Australia that she was pleased to see that strides that were being made in terms of equality. 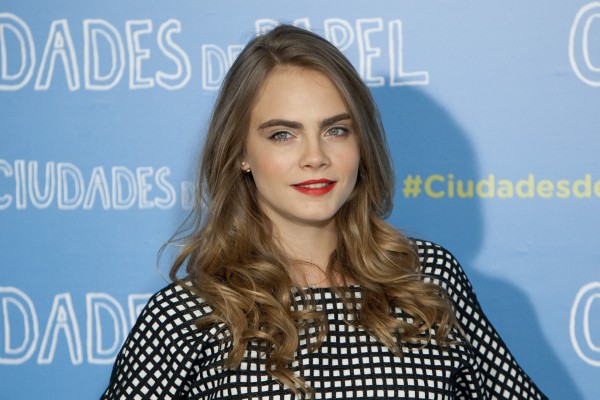 Speaking at the Sydney premiere for her new film Paper Towns, she said:

I think everyone has a right to be whoever they want to be, so I’m just very happy. I think it’s wonderful that you know, it’s being accepted more and more… I’ve been pretty open about myself from the beginning.”

Also read: Cara Delevingne Calls From Australia’s PM Tony Abbott to “Listen to the Rest of the World” on Same-Sex Marriage

Talking about her move into acting, Cara admitted she was unlikely to give up modelling completely:

You know, I feel like I’m in a very lucky position. I’m not going to quit, I’m just not modelling as much, because I’m working and performing.

Talking to the Mail at the Australian première of her latest film Paper Towns, Cara Delevingne, has called out the politician.

Tony Abbott, you better listen to the rest of the world and carry on. Go with it. I’ve been pretty open about myself from the beginning. I think it’s wonderful that you know, it’s being accepted more and more. And I think everyone has a right to be whoever they want to be. So I’m just very happy.”

Australian Prime Minster Tony Abbott is a staunch opponent of equal marriage, but is facing pressure to allow his MPs a free vote on a cross-party marriage bill, following progress in Ireland and the United States.

Delevingne, who is in a same-sex relationship with musician St Vincent, spoke about her new relationship and sexual preference in a recent interview with Vogue.

It took me a long time to accept the idea, until I first fell in love with a girl at 20 and recognized that I had to accept it. I think that being in love with my girlfriend is a big part of why I’m feeling so happy with who I am these days. And for those words to come out of my mouth is actually a miracle.”