Sony’s choice of opening trailer has the whole internet talking

E3 is a massive annual videogames conference where companies show off trailers for their upcoming games.

This year Sony – Playstation parents – decided to open their conference with a trailer for the hotly anticipated game The Last Of Us 2.

The trailer opens with protagonist Ellie, who is openly gay, sharing a kiss with another woman. 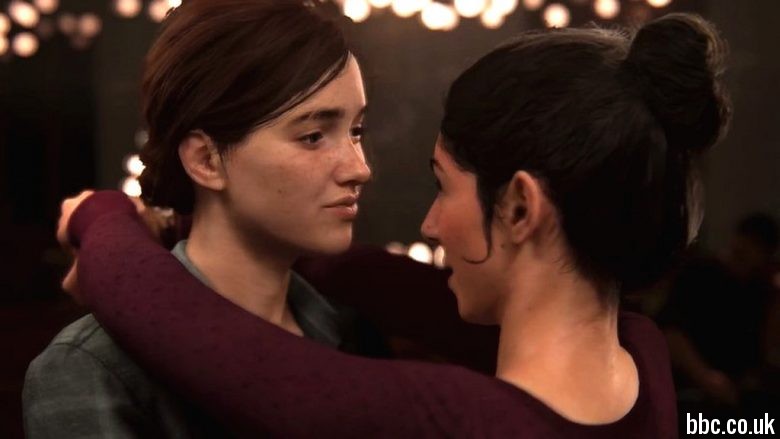 The showing of a gay kiss naturally stirred a lot of interest online, not just because it’s a video game – but its a big budget video game, with mainstream major backing.

The gaming world as poor history of including LGBTQ+ characters, let alone protagonists, so this another step in the right direction for inclsion.

Fans are, of course, hyped about it taking to twitter with there thoughts.

I edited The Last of Us 2 transitions so now it's just a nice kiss pic.twitter.com/SlG9vGRRGg

just because your child is smiling at their phone doesn't mean they have a boyfriend/girlfriend. They probably just saw the trailer of the last of us 2.

Described as an “ethereal and mysterious ghost story”, the movie sees Stewart play Maureen, a young American woman living in Paris and working as the titular shopper to high-profile celebrities (a job she hates). But there’s also a supernatural element to this tale: as a spiritual medium, she starts to feel the presence of her recently-deceased brother.

After what feels like an eternity, Netflix have finally released the official trailer for season four, and it looks AMAZING. 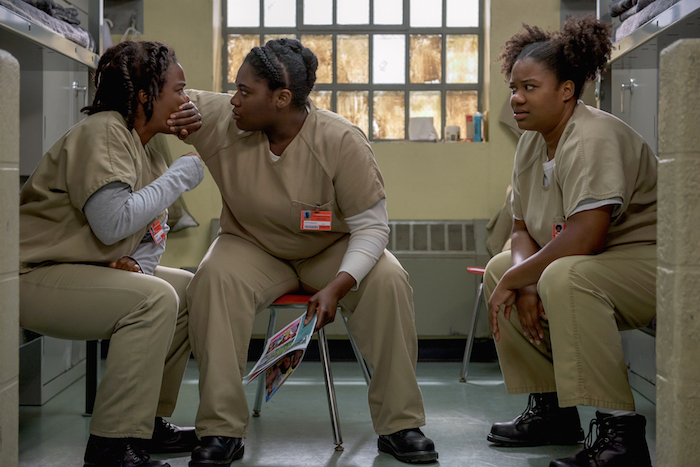 Amidst growing racial tension and new love interests, the women of Orange Is The New Black will have to cope with new inmmates as the Litchfield prison becomes a for-profit institution.

Judging from the new trailer for OITNB Season 4, there’s a lot more drama cooking when the show returns to Netflix, on June 17th.

Last year, we knew lesbian fav Cara Delevingne was cast as a mermaid in the new Peter Pan blockbuster PAN. However director Joe Wright has well and truly cashed in on her popularity by doubling her up to play (at least) two identical sea sirens.

PAN is set for release in UK cinemas on 16th October.

The Brazilian-based web series RED focuses on two actresses, Mel and Liz, who meet while filming a movie and find that their mutual attraction throws them both for a loop.

In season one, we saw Liz, who has no trouble attracting women, falling for the very married Mel.

Mel, who has always assumed she was happy in her life and marriage, begins to feel a pull towards Liz that she never expected.

The new season starts Friday 29th May. However, you can see the first full season of RED free at KitschMix TV.

In the new movie the South African-born actress plays the role of amputee warrior Furiosa alongside Tom Hardy’s Mad Max. Her character is very much the dominant between the two,  and “emotionally drives” the story forward.

During an interview at the  on Thursday, Theron was asked if “Max Max” is a “sort of feminist film.”

It’s just very truthful, and I really applaud him for that. I think when we use the word ‘feminism’ people get a little freaked out, it’s like we’re somehow, like, being put on a pedestal or anything like that. George has this innate understanding that women are just as complex and interesting as men, and he was really interested in discovering all of that. I think through just his need and want for the truth he actually made an incredible feminist movie.”

Theron has also been praised by the films director George Miller for breaking out of the Hollywood gender stereotype mould and showing “the truth of who we are as women”.

She recently discussed why it’s important for young girls to know what feminism really means in an interview with Elle UK.

This is a good time for us to bring this to a place of fairness, and girls need to know that being a feminist is a good thing. It doesn’t mean that you hate men. It means equal rights. If you’re doing the same job, you should be compensated and treated in the same way.”

Ruby Rose – the Australian model / DJ and now hot hollywood actress – will appear in the upcoming third season of Orange Is the New Black.

Yesterday, Netflix delighted fans around the world with a new trailer, which gave us first-look at Rose in her prison wear…

It’s a blink-and-you’ll-miss-it appearance, but the split-second snippet, which shows Rose giving a flirty wink.

Rose posted about the trailer on her Instagram feed, saying she’s “so glad” she “learnt how to wink from a young age”.

#sorrynotsorrry @oitnb official trailer just launched and I’m just so glad I learnt how to wink from a young age.

#tbt to my hero @lori_petty when I couldn’t even tell anyone I was on the show but everyday got to hang with this badass!

The trailer shows Alex returning to the fictional Litchfield Penitentiary, where a guard tells Piper, “the hot one is back”.

And a new look for Big Boo!

Wildcats is the web-series brain child of Rachel Puchkoff. The setting for this new show is high school, we’re we follow Allison, a varsity cheerleader coming to terms with her sexuality.

According to the production team, the show is about standing up for what you believe in, keeping up appearances, and the complexities of farting in a tight uniform. As Allison struggles with opposing the sexist traditions of her school (and what that may or may not suggest about her sexuality) she dances, dreams, and falls her way to some clarity.

Watch all 5 episodes of Wildcats at KitschMix.TV

Visibility is important! Women are still misrepresented in the Film & Televison industry even after proof that people can be entertained by stories centered around women (Bridesmaids! Girls!). I believe that continuing to tell women-centric stories (that include Gay and Lesbian characters- especially in a society that has not fully accepted them) is the only way to close the gap.

This is a comedy, but it also highlights the growing pressure on girls to focus more on how they are perceived vs. their substance. A product of that double standard is a seemingly confident young woman paralyzed when it comes to making actual subjective and self-directed decisions. Allison is an example of that girl who is stuck between obligation and opportunity.

Being a teenager is hard……and that can be hilarious. As Allison deals with the realization that not everyone actually knows what they are talking about- you will laugh and hopefully see a perspective you may have missed before.”

Laverne Cox has unveiled the first trailer for her new her hour-long documentary exploring transgender issues, which will be a collaboration with MTV.

“We live in a world where people are often judged for being different, but this is a celebration of those differences – as well as how we’re the same.

We’ll follow the courageous lives of young trans people, from the moment of realisation to dating, family and the often-dangerous obstacles they faced on the path to self-discovery. For many of us, the ‘T’ in LGBT means more than transgender.

It also means truth. The cast members in this documentary are fearlessly living their truths and in sharing their stories will send the message to other trans youth that it’s OK to be who you are.”

The T Word is set to broadcast on MTV in the US on Friday, October 17. A UK broadcast date is yet to be confirmed.

Cox is also set to appear in the second season of MTV’s lesbian drama Faking It.

If Ellen Page seems especially upbeat and happy during her interviews promoting X-Men: Days of Future Past it’s because she is.

X-Men: Days of Future Past star, who came out as a lesbian on Valentine’s Day, did not anticipate how happy she’d feel after going public.

‘The reaction been really beautiful and I think it’s been so beautiful because, to me it’s so indicative of the change that’s happened and how society has evolved. I couldn’t be more grateful for just the support I’ve had, and quite frankly for me, it was just pretty immediate, and I felt like all this toxicity and worry and baggage that I was carrying, just sort of vanished. I don’t think I could even have anticipated how happy I feel.‘

Another reason for her to be happy is the box office reception for the latest X-Men film which grossed more than $110 million at the box office in the US Canada over the Memorial Day weekend.