I think it’s so weird that when we are born the first thing that we are, even before we have a name, or an identity, we are either male or female, before you even know anything about the person who was just born.

Being born male or being born female decides so much about who you are allowed to be in life. And I just don’t want to live under those constraints. I want to break free from those.”

Fashion has played a huge role in my process of constructing my identity. Fashion can apply to a wider audience of people and maybe it will lose its reputation as the scary, esoteric club where if you’re not skinny, white, thin, cis-gender, able-bodied and rich, you can’t participate.” 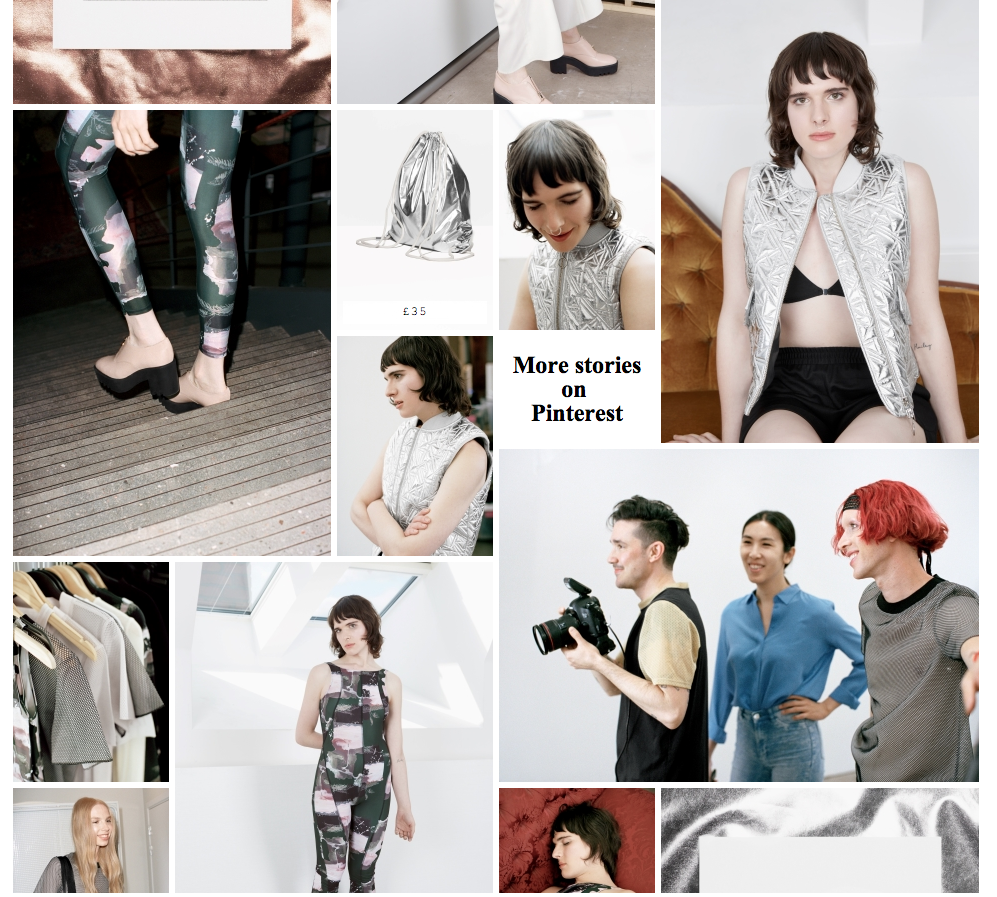 In a press statement about the campaign, & Other Stories’ creative director Sara Hildén Bengtson said:

The fashion world is embracing transgender models and we think that’s great. But we couldn’t help to ask ourselves how the traditional fashion gaze can change if we keep the same normative crew behind the camera. So we invited five amazing creatives, all transgender, to make our latest story.”

The advert has been praised by the Human Rights Campaign, who applauded the fact that H&M have become a transgender-inclusive workplace.

Gender (n.) – the state of being male or female (typically used with reference to social and cultural differences rather than biological ones).

What does it mean to be a woman or man? Whether we are women or men is not determined just by our sex organs. Our gender includes a complex mix of beliefs, behaviors, and characteristics. How do you act, talk, and behave like a woman or man? Are you feminine or masculine, both, or neither? These are questions that help us get to the core of our gender and gender identity.

A person’s gender is always valid. Even if you don’t understand.

When we we use pronouns like “she” or “he” to identify a person, we might be making an assumption about that person’s gender that differs from their preferred gender identity. Some people express their gender identity ambiguously, meaning you might not know which pronoun to use just by looking at them and have to make an assumption. For other people, appearances can be deceiving– even people who clearly look to be one gender may identify as a different gender than you would assume. When someone has a different gender identity than you would assume that means a different pronoun.

BUFF is an event organised by and for the trans masculine community and their allies. And it is an event, which helps bring further visibility and support to a part of the LGBTQ community that is often overshadowed by other.

This week, we caught up with Jake (one of the event organisers) to discuss the importance of this event for trans males and the LGBTQ community.

KitschMix: Where did the idea of BUFF come from?

Jake: BUFF came from attending Sparkle in 2012 with a group of friends who all identify as trans men and we’d all been attending for a few years, but there was never anything for the male/genderqueer side of the community so we decided to get things going. Originally we were planning to have our first event this year but decided to take the plunge and do it last year with only four months of planning.

KitschMix: Who else is involved in the project, what support does your event get from other LGBT organisations, and how many people do you expect to attend?

Jake: There is me (Jake), Charlie, Frank and Adam. Last year we got around 80 people attending so hopefully we will have a bigger crowd.

KitschMix: Why is it so important for you to hold this event?

Jake: It’s important for us to hold the event because Sparkle is meant to be the national transgender celebration, but it is predominantly aimed at trans women and there’s a lack of visibility for trans men. Also it’s important so we can celebrate what the trans masculine community is in a fun way.

KitschMix: When will the event be held and do you have plans to do any other events?

Jake: BUFF 2014 is held over a weekend in July on the 11th till the 13th. We have no plans to do anymore events this year due to all of our schedules being quite busy.

KitschMix: Are their other trans*masculine events held around the UK? What other support can people get?

Jake: There is trans pride down in Brighton which is a mixed event but as for an event like BUFF then we are the only one I believe. Trans Bare All (who we are raising money for this year) do weekend retreats for trans men and genderqueer people,you’d have to check their website out for more info as there isn’t a planned event this year other than their 5 year birthday party.

KitschMix: What sorts of challenges do you think trans*masculine people face in Britain today?

Jake: I think some of the challenges we face are still very much the same as they always have been such as access to health care, assumptions surgery (I.e all trans men/genderqueer people will have lower surgery/a particular type of surgery), a lack of visibility and that transitioning to male is possible, and not being taken seriously by the general public or gender clinics if you don’t behave in a stereotypically masculine way. I’d like to add is that although trans men and genderqueer people are under the same ‘umbrella’, our experiences can be very different in many ways.

BUFF 2014 is aimed to raise the profile of the trans masculine community but our events are open to everyone no matter how they identify. We hope that you will join us and help us raise lots of money for Trans Bare All.

KitschMix: And finally what does BUFF stand for?

Jake: The word ‘buff’ traditionally refers to big, strong, muscular men, but the team feeling buff should be for everyone!