A Maine court has awarded a Transgender Student, Nicole Maines, $75,000 in a settlement of her discrimination lawsuit against a school district where administrators made her use a staff, not student, bathroom.

Maines won her lawsuit against the Orono school district in January before the Maine Supreme Judicial Court, which ruled that the school district violated the Maine Human Rights Act. It was the first time a state high court in the U.S. concluded that a transgender person should use the bathroom of the gender with which they identify.

The Penobscot County Superior order, dated Nov. 25, represents the conclusion of the court case that began in 2009 when the Maines family and the Maine Human Rights Commission sued the school district. The order prohibits the district from “refusing access by transgender students to school restrooms that are consistent with their gender identity.”

School administrators across the country are grappling with the issue.

Nicole, now 17, is a biological male who identified as a girl beginning at age 2.

Nicole was using the girls’ bathroom in her elementary school until the grandfather of a fifth-grade boy complained to administrators. The Orono school district determined that she should use a staff bathroom, but her parents said that amounted to discrimination.

Earlier this month, Labour MP Diane Abbott, the chair of the UK All-Party Parliamentary Group on Jamaica, reiterated calls for the country to move away from its anti-gay stance.

Jamaican LGBT rights lawyer Maurice Tomlinson has sent an open letter to all members of the country’s Parliament urging for reform.

“The law does not prevent HIV: The Sexual Offences Act of 2009 preserves the ban on private consensual adult male same-gender intimacy found in the 1864 Offences Against the Person Act (the anti-sodomy law). However, despite the continued existence of this colonially imposed law, Jamaica has the highest HIV prevalence rate among men who have sex with men (MSM) in the Western Hemisphere (33%). Hence, the law violates the right to privacy of consenting adults, with no societal benefit.”

As part of her election campaign in 2011 Mrs Simpson-Miller vowed to review the legislation. However, since then, the issue has remained unresolved.

Watch the unofficial video for “Beautiful Girl” by Vybz Kartel, the “voice of the Jamaican ghetto” at Noisey. 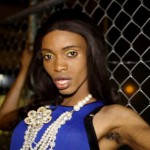 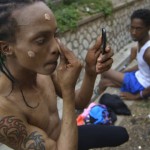 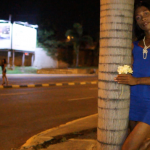 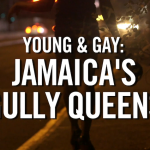 In Jamaica, attacks, murder, and rape are common occurrences against LGBTI people, with little to no retribution or justice brought against those responsible. After being forced from shacks, derelict buildings, and their own families, many homeless LGBTI Jamaicans have found refuge in the storm drainage systems of Kingston — known locally as the gully.

For trans girls and gay men unable or unwilling to hide their sexuality, the sense of community and relative safety the gully provides acts as a welcome sanctuary, and for many, a hope of change to come.

VICE News travelled to the New Kingston area to see what LGBTI life is like in Jamaica — where just being who you are can mean living a life underground.

Watch this powerful report from Vice

The National Centre for Social Research has been awarded a contract to take forward the first stage of a project to help drive out homophobic bullying, as well as bi-phobic and trans-phobic bullying in schools.

The project, announced in November 2013, seeks to understand the most effective ways to reduce this type of bullying and its impacts among school-age children and young people. The first phase of the project is a full review of all the available evidence and existing practices currently in place in schools to tackle this issue. Organisations were invited to bid for funding to conduct this work, and NatCen was the successful bidder. This work is now under way and NatCen will report back in the summer.

A recent Youth Chances survey showed that, overall nearly half (49%) of LGBT young people questioned reported that their time at school was affected by discrimination or fear of discrimination.

Homophobic, biphobic and transphobic taunts and teasing in the school playground may seem harmless but it can seriously affect children’s health and well-being, lead to poor educational performance and prevent them getting ahead in life. Young people should be able to go to school without fear of bullying or discrimination. We expect schools to take a strong stand against all forms of bullying and to deal with incidents quickly when they occur. This project will help us to understand all the issues, what works best in tackling this type of bullying, and to develop effective, evidence-based tools and best practice that will help schools and others to stamp out this harmful behaviour.

The project builds on action the government has already taken to tackle bullying in schools including publishing updated advice and guidance for schools and governing bodies; and giving schools greater legal powers to tackle bad behaviour and cyber-bullying.

We are delighted to be carrying out this important and well needed piece of research and have put together a team who fully understand and have experience in the areas of equalities and LGBT research. We have designed a mixed methods programme of work which we hope will really get to the bottom of what works and why to eventually help all of those working with children and young people to eradicate homophobic, biphobic and transphobic bullying.