The BBC’s groundbreaking documentary about a transgender teenage has picked up a BAFTA this week. 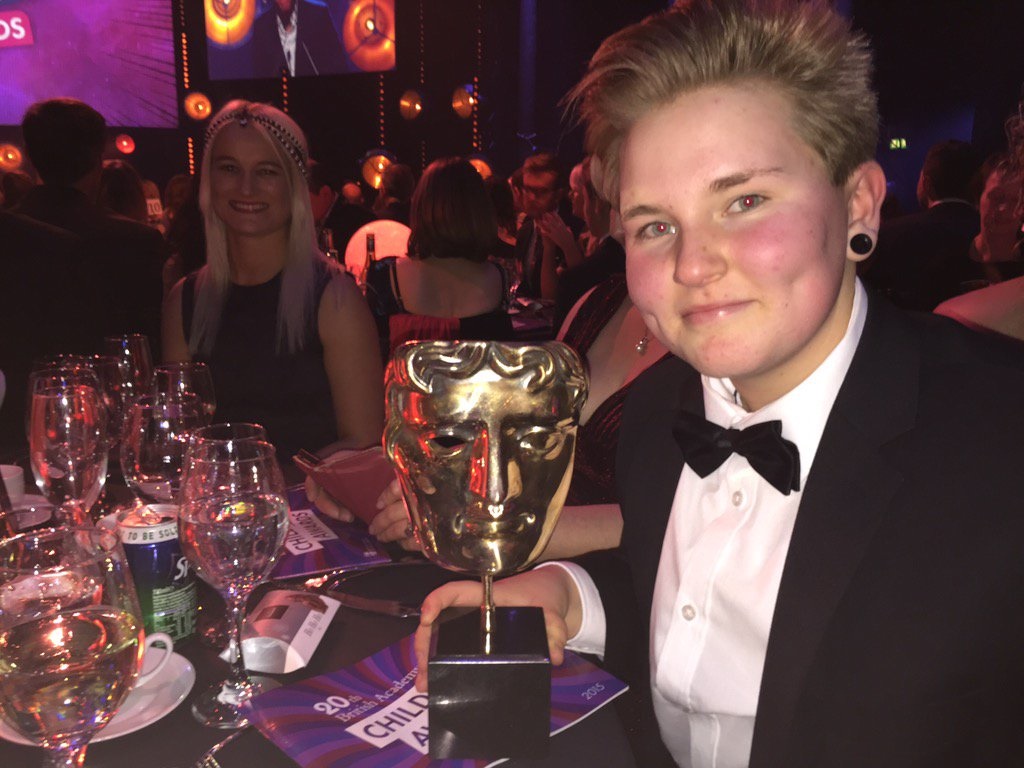 Titled I Am Leo, the documentary followed Leo, a 13-year-old boy, as he told his story, and how he encountered bullying from people who could not accept who he is.

Born a female, Leo has lived as a boy since the age of 5, and legally changed his name when he was 11.

The film is set across seven months, following Leo and his family as he undergoes hormone therapy, meeting other trans kids, and eagerly waiting for a new passport that confirms his real identity to the world.

The documentary aired last year, on on the BBC’s childrens’ channel CBBC, which is targeted towards an audience of 6 to 12 year olds.

This week it picked up a prize at the British Academy Children’s Awards in the Factual category.

On the award Leo said:

“I want to thank everyone who nominated I Am Leo for this award, and everyone involved in making it a success.

I’m really proud to have been given the opportunity to make so many people proud by telling my story, and being able to tell it in my way.

I would like to say a massive thank you to Nine Lives Media, and especially to Cat [Lewis] for giving me the opportunity.

To [Phil Niland and Lyndsay Rowan], who I spent much time with, for their support and encouragement, and keeping me motivated throughout the months of filming.

I would like to thank my mum for believing in me, staying positive, and being beside me throughout my journey.”

The now-teenage Leo added that sharing his story has helped many others – with a lot of young trans people contacting him for guidance.

The BBC plans to air a documentary about a transgender teen on one of it children’s TV channel next week.

Titled ‘My Life: My Name Is Leo’, the TV programme will follow Leo, a 13-year-old boy, telling his story, and how he encountered bullying from people who could not accept who he is.

The film is set across seven months, following Leo and his family as he undergoes hormone therapy, meeting other trans kids, and eagerly waiting for a new passport that confirms his real identity to the world.

‘I had wanted to do a story on a transgender child for a while, because I know there are kids out there having a tough time. But up to now, we hadn’t found the right story to tell, and we trusted Nine Lives Media to tell this one sensitively. It feels very much like his journey and story, as told by him.’

[tweet_dis]’The great thing about making documentaries like this for children is that they’re not born with prejudices.'[/tweet_dis]

My Life: I Am Leo will be broadcast as part of CBBC’s anti-bullying week on 17 November at 6pm.

Laura Jane Grace is an American musician best known as the founder, lead singer, songwriter and guitarist of the punk rock band Against Me!.

Grace came out as a transgender woman in Rolling Stone, since she has penned her truly heartbreaking (yet, god-this-is-amazing) record Transgender Dysphoria Blues. Now, she has decided to lay it all bare in her new web series, “True Trans With Laura Jane Grace.”

The web series premieres on AOL Originals on October 10, with Grace jumping at the opportunity to reach out to all the people she had admired from afar over the years — other people dealing with gender dysphoria, an issue she had been grappling with for as long as she can remember.

Over the course of touring with Against Me!, Grace spoke with different people every day — sometimes several interviews occurring each day — and learned that she’s not the only one in a constant state of flux and learning.

“I think there’s a lot of momentum behind people beginning to understand gender identity and the differences in the gender spectrum and where people fall. I think that it’s great seeing things like Laverne Cox on the cover of Time magazine or seeing a transgender CEO [Martine Rothblatt] on the cover of [New York magazine]. Maybe the headline that went along with that was a little sensationalist.”

This week, the Human Rights Campaign (HRC) Foundation released Equality Rising report, which is outlines the many of the successes and setbacks of LGBT activists, advocates, and allies around the world in 2013. Released for the International Day Against Homophobia and Transphobia – #IDAHOT, this report aims to educate people about many of the notable events from last year in the growing global equality movement.

Equality Rising highlights victories for marriage equality in five nations, progress in the fight for transgender equality on at least four continents, as well as increased LGBT visibility broadly and tremendous acts of courage in nations as dangerous for LGBT people as Iran.  The report also documents new anti-LGBT laws, ongoing persecution and violence, and efforts by extreme anti-LGBT Americans to export hateful rhetoric and misinformation abroad.

A few highlights from the report include:

Equality Rising comes on the heels of last year’s announcement of HRC Foundation’s global engagement program, which is dedicated to joining advocates around the world in advancing global equality. The program aims to do so by educating Americans on the human rights of LGBT people around the world; exposing the work of prominent anti-gay American organizations that have pushed anti-gay laws and legislation overseas; leveraging its relationships with American policymakers, faith communities, corporations and other change agents to help protect the human rights of LGBT people abroad; and providing fellowships at HRC for foreign LGBT advocates.