Trump’s administration has rescinded protections for transgender students made in the Obama era.

A set of guidelines issued last year by the Departments of Justice and Education stated that discrimination against transgender students was banned by the sex discrimination ban in Title IX of the Education Amendments of 1972.

The guidelines instructed schools to let transgender students use the appropriate bathroom. While it was not an executive order, the guidelines implied a threat to the funding of schools if they were not followed.

In rescinding the guidelines, the Trump Administration stated that it believes this issue should be decided at the state-level.

The Supreme Court and the nation’s public schools were notified by letter late on Wednesday that the guidance was changing.

This is an issue best solved at the state and local level. Schools, communities and families can find — and in many cases have found — solutions that protect all students.” 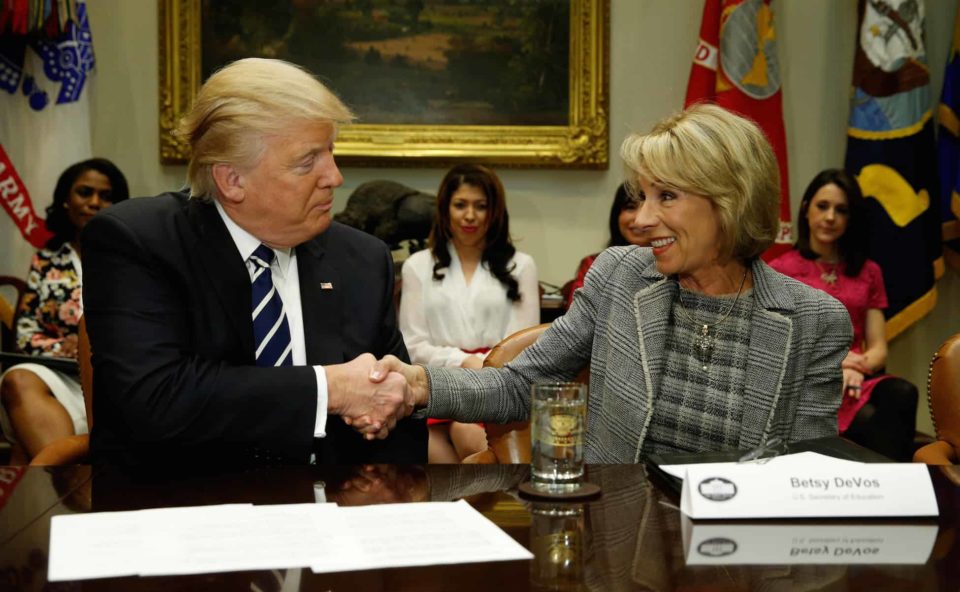 Reports yesterday stated that DeVos was privately opposed to the change. She released a separate statement saying that the government must

… protect every student in America and ensure that they have the freedom to learn and thrive in a safe and trusted environment. This is not merely a federal mandate, but a moral obligation no individual, school, district or state can abdicate. At my direction, the department’s Office for Civil Rights remains committed to investigating all claims of discrimination, bullying and harassment against those who are most vulnerable in our schools.”

Despite the administration having officially rescinded the guidance, the letter will have no immediate impact as the guidelines were blocked by a federal court after they were issued.

But as expected, the letter claims that “there must be due regard for the primary role of the States and local school districts in establishing educational policy.” 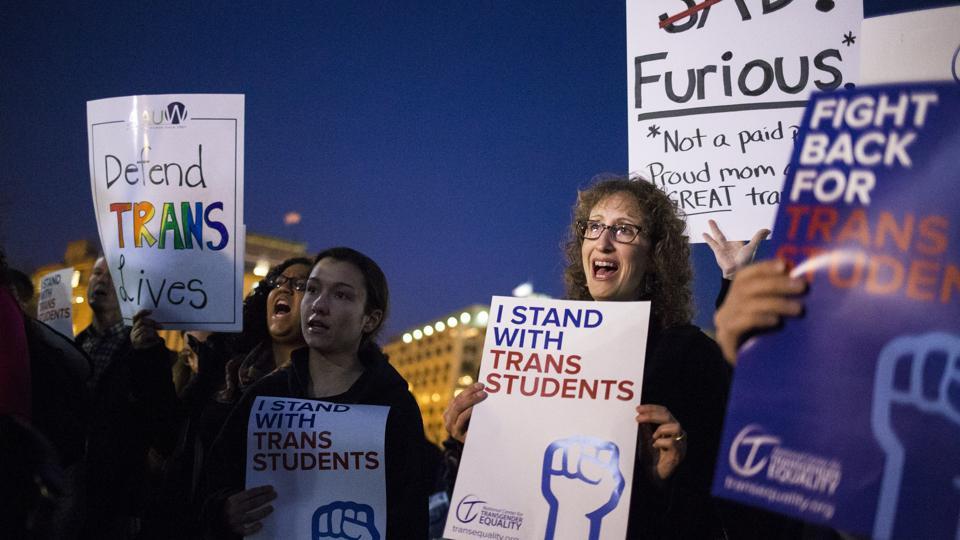 Federalism is a common excuse used to legalize discrimination, since many states will choose not to ban discrimination. If all states planned to do the right thing, then no one would complain about federal rules banning discrimination.

In a statement, the House LGBT caucus denounced the rule change.

President Trump’s decision to rescind this guidance is cruel. This nondiscrimination guidance was based on years of court opinions and best practices developed by experts in the field. This President, who previously promised to maintain LGBT nondiscrimination protections, has turned his back on the transgender community and shown a willful disregard for the safety of transgender students everywhere.”

This is a mean-spirited attack on hundreds of thousands of students who simply want to be their true selves and be treated with dignity while attending school,”