Ah it’s another day, and therefore there is another saucy picture of Miley Cyrus on social media for us pore over – 🙂

In a new image – taken by photographers Mert Alas and Marcus Piggot for an upcoming W Magazine shoot – Cyrus is seen topless while the girlfriend (as confirmed by W) Stella Maxwell feeds her cake. 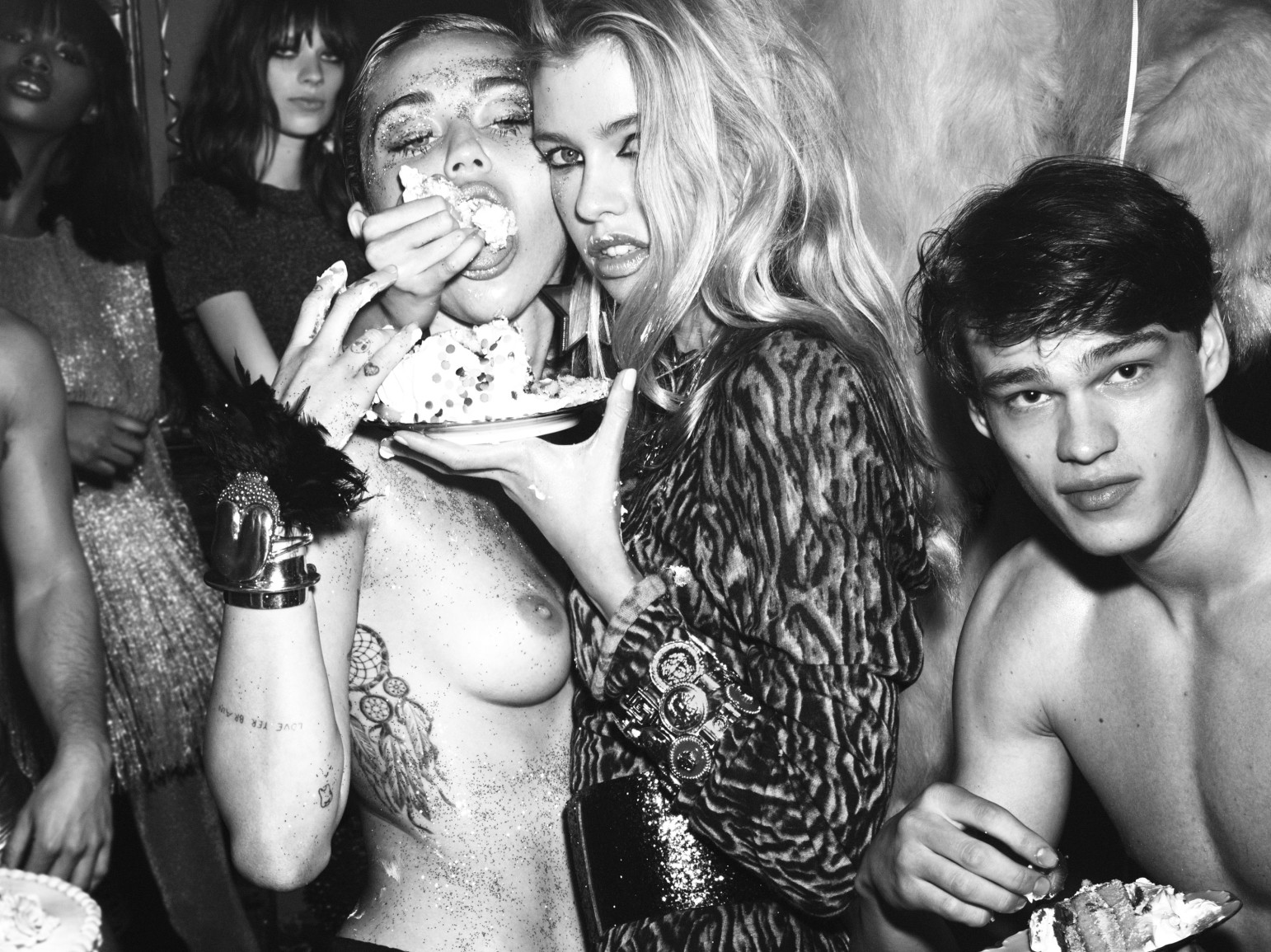 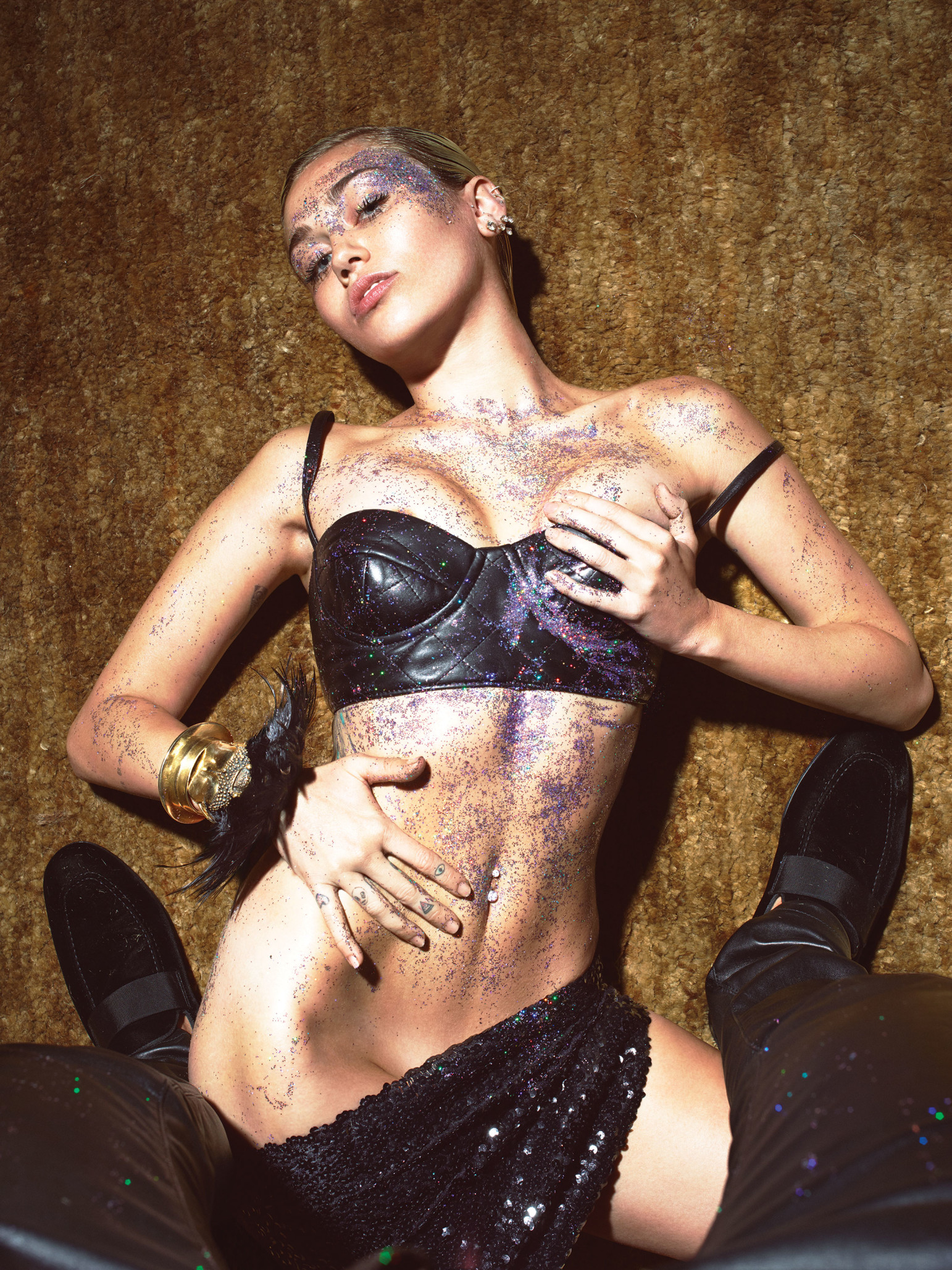 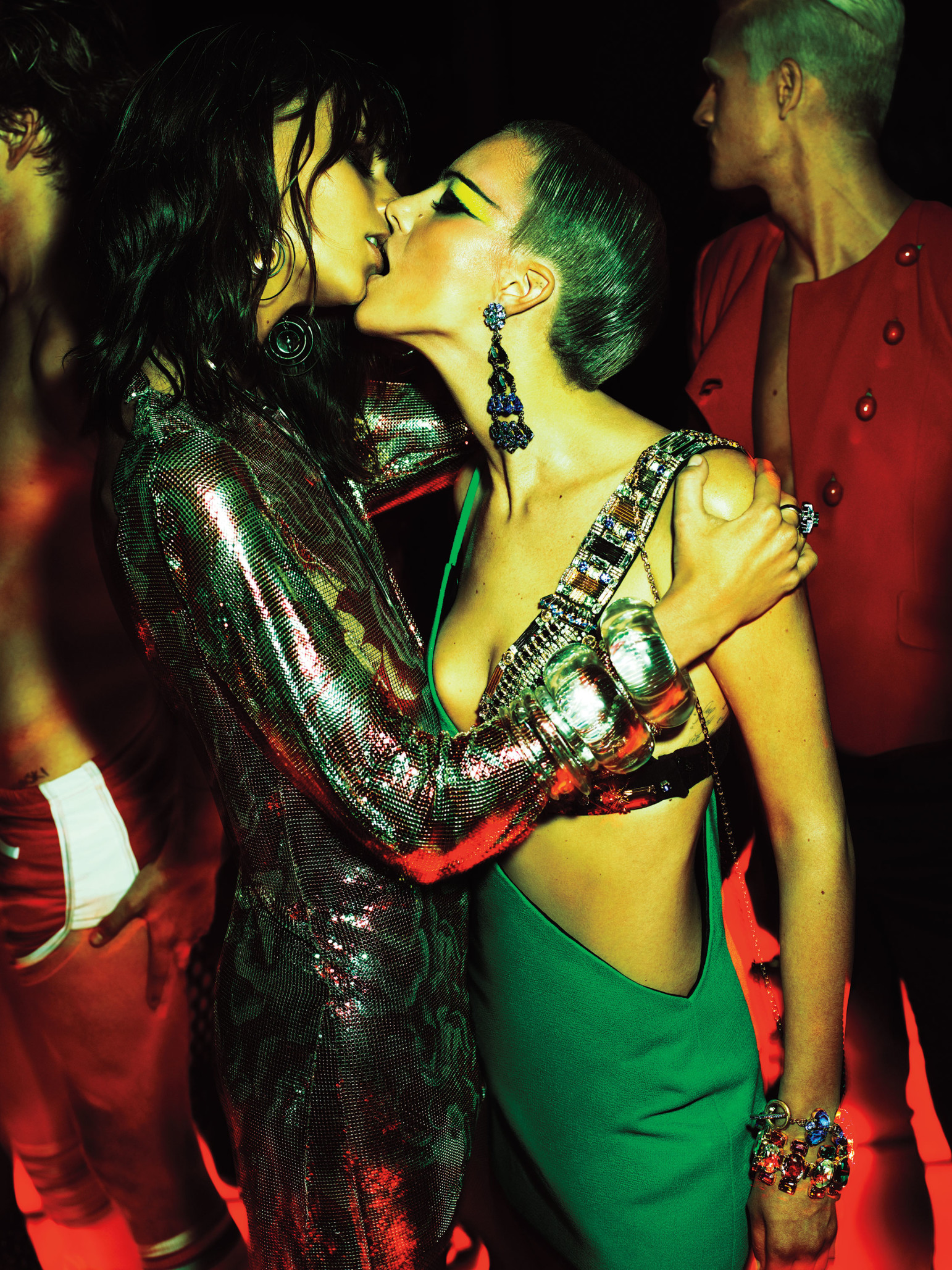 Stella was first linked to Miley in May, but the pair confirmed they were more than good friends after they were spotted sharing a passionate smooch on the set of Miley’s video last month.

The kiss came after Miley, who was previously engaged to Hunger Games star Liam Hemsworth, told Paper Magazine that she was open to bisexuality.

Miley Cyrus and Victoria Secret’s model, Stella Maxwell, have been spending a lot of time together (see Instagram), resulting in a explosion dating rumours. Any gender fluid couple posting that many pictures together has got to be a couple right?

Well, the rumours are at least partially true. The pair were spotted kissing during a break on set of Cyrus’ upcoming music video, with TMZ catching them making out against a bus – capturing it on video.

This appears to be an invasion of privacy that is not above TMZ, of course, (who loves a good sex tape). But don’t feel weird about watching the video (which, I may add, depicts a SERIOUS make out session. There’s ass grabbing and hands being shoved down pants and everything), Cyrus and Maxwell make eye-contact with the camera before going at it.

It’s reported that both were very aware that photographers were snapping photos of them, but the two seemed comfortable enough to ignore them. They both simply looked happy and not interested in hiding it.

In a candid interview with Paper Magazine back in June, Cyrus expressed,

I am literally open to every single thing that is consenting and doesn’t involve an animal and everyone is of age. Everything that’s legal, I’m down with. Yo, I’m down with any adult—anyone over the age of 18 who is down to love me.”

She recalled the first time she shared her attraction towards women with her mother and telling her,

Maxwell also has spoken about Cyrus in the past, sharing the story of how they met with V Magazine:

We met through Grindr… Nah, joking. We met through mutual friends via Instagram, which is where Cheyne [Cyrus’s assistant] contacted me about taking some photos. It’s been a trip to hang out and see a little of their world. Felt very organic and right.”

But when asked if she considered Miley her significant other, Maxwell responded cryptically,

The rumour mills are going crazy with this one.

According to reports, the former Hannah Montana star, Miley Cyrus, is involved Victoria’s Secret model Stella Maxwell for the past few months.

They hold hands and hug and are very comfortable together. They’re definitely together.”

The two have been linked to each other’s Instagram feeds, so it’s not hard to imagine them being close in some way.

Miley posted this to her account just a few days ago:

Stella even posted picture of Miley with a new kitten….

Miley, who has made countless headlines lately regarding her sexuality, again grabbed the spotlight on Tuesday night, when she brought an “agender” date, Tyler Ford, to the amfAR Gala in New York City.

Miley has previously been linked to Patrick Schwarzenegger and Liam Hemsworth. However, although she says she has had relationships with women, she has chosen to keep those private.

There are times in my life where I’ve had boyfriends or girlfriends. And there are times where I just love being with myself and don’t want to give part of myself away to someone else … I think that’s a new freedom for women, especially.”

As far as Stella and Miley (might we suggest “Stiley” if this sticks?), the two have reportedly been spending time together since Miley split from Schwarzenegger in March. Both gals have made numerous appearances on each other’s Instagram pages over the past few months.

Victoria’s Secret model, Josephine Skriver, has opened up and spoken about being raised a ‘rainbow baby’.

The 22-year-old model, who works as an ambassador for the Family Equality Council and its Outspoken Generation Program, explained how she uses her position to share her story whenever possible, to break down stigmas against ‘untraditional’ families.

Speaking to i-D, as part of a new series exploring unique and personal aspects of celebrities’ lives,

When Skriver’s mom met her partner, the family decided against the term ‘step mom’, instead preferring to use the more positive ‘bonus mom’ to describe her extra parents.

I just hope that one day the concept of ‘family’ will mean a lot more than the traditional straight couple, with two kids and a house with a white picket fence. For me, family is a group of people bound by love! Love is what makes a family!”

Skriver also shared her powerful message to critics of IVF.

You get so many ‘She’s not made the natural way, she shouldn’t even be here’. I am not a science experiment. I am not synthetic. I am a real human being. I am just as real as you are.”

The video comes two months after a worldwide boycott of designers Dolce & Gabbana, following their comments that IVF children are ‘synthetic’.