Domo and Crissy – who rose to fame through their daily vlogging on YouTube – have hit back at haters who said “the wrong one” got pregnant.

The couple, who have over 1.4 million followers, are a expecting a child, but it would appear some people cannot handle the fact Domo is the one carrying the baby.

Why? Well she’s being called to “masculine” to carry a baby, unlike her feminine looking girlfriend.

Domo took to Instagram to debunk the comments, saying that she is a woman who has always wanted a child – and that her clothes do not dictate that fact.

Who cares if I like to wear snap backs and joggers? Who cares that I’m not the “normal” look of a pregnant woman. I am Domonic’s mom and I am proud!

There’s a lot of hate going around with me being a “pregnant stud” which is soooo funny to me. Like you people cry all day “don’t judge” or “I hate when people judge” but are the MAIN ONES.

Dom wrote that she was “blessed to be able to bring him into this world” and that she would teach him to stand up for himself.

“He will have the best life. So Domonic, mommy is sorry that you have to be born in a world full of hate, but just know that I will do my best to protect you. I love you Domonic Cristopher Wilson. You make me a better person.”

Domo said she was ‘blessed to bring him into this world’, and that she would teach him to be who he is and always stand up for himself.

So Domonic, mommy is sorry that you have to be born in a world full of hate. But just know that I will do my best to protect you.”

The couple are expecting the child, who they plan to call Domonic Christopher Wilson, on the 19th of March.

Popular vloggers Megan Evans and Whitney Bacon of What Wegan Did Next know that for most femme lesbians, finding someone to date can be near impossible. And even more so if you’re attracted to other femmes.

So the couple have launched a new niche website – Find Femmes – the first service in the world that seeks to address Femme Invisibility. The site is a safe space where femmes can finally congregate, mingle, find friends and possibly even meet their soulmate.

Whitney, who hales originally from Kentucky and then Hawaii, said it was almost impossible for her to find a femme.

Femmes suffer from a kind of invisibility and discrimination in the LGBTQ community – there’s an assumption that you’re straight and I’ve even been turned away from pubs and clubs.”

The lack of feminine lesbians in the celebrity world is one of the reasons that led to Bacon and Evans documenting their lives online, including their long distance journey to be together, getting engaged and their civil partnership. In doing so, they’ve managed to attract a fan-base of over 100,000, and have been featured in media in the United Kingdom and United States. 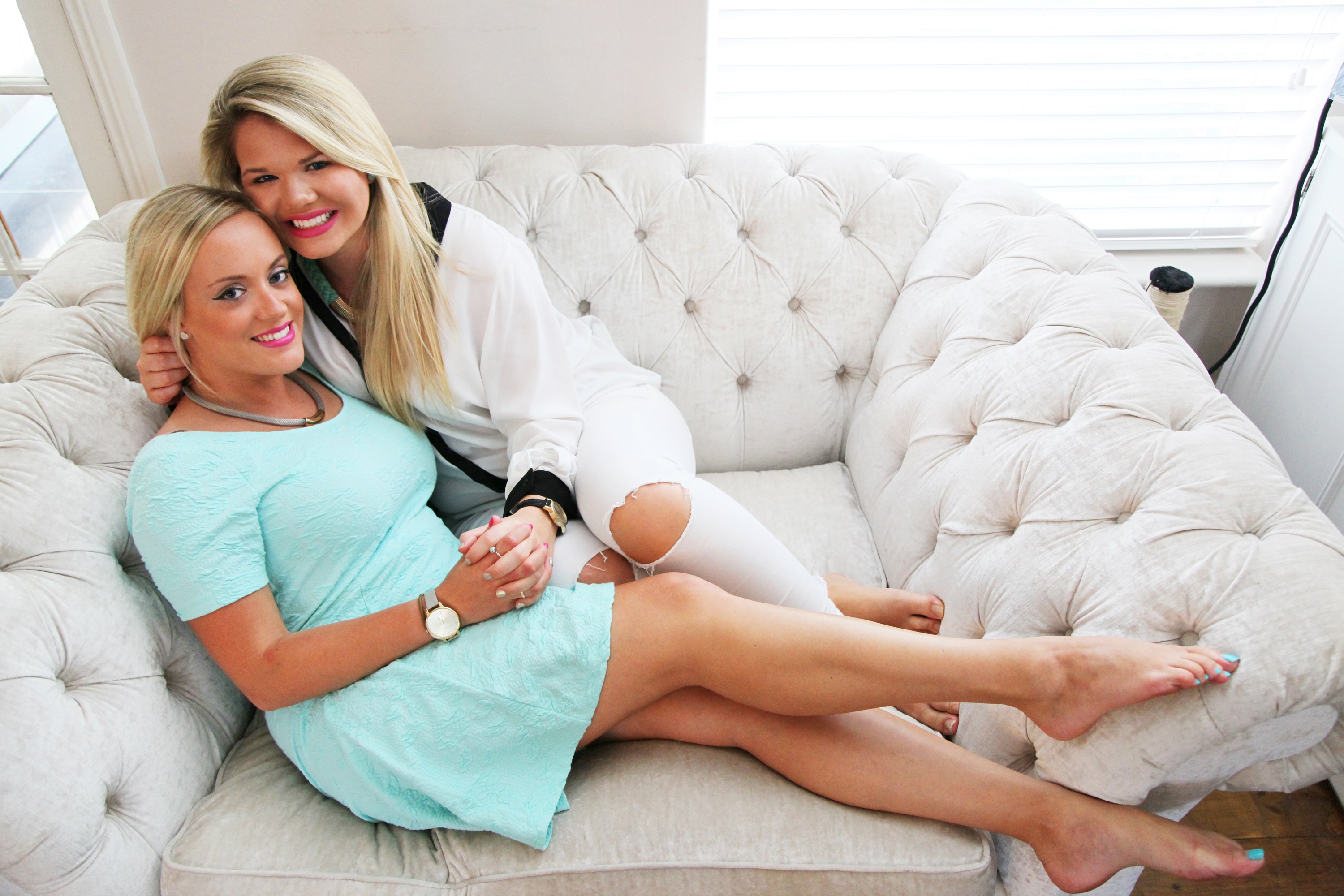 We know first-hand how hard it is to find love as a femme. We too have suffered from Femme Invisibility, It’s hard to get recognised, and believed, as being gay. But thanks to the internet we have our happy ending – now we want to help other femmes out too!”

The couple dealt with the challenges of a long-distance relationship for over four years and now reside in the UK together. Megan adds:

The site will be a place where there will finally be a large community of visible femme LGBTQ women, and we hope the community will support this new venture.”

Any LGBTQ women can register to Find Femmes, however they identify.

Vloggers – video bloggers – are known for sharing the intimate details of their lives on YouTube. A new generation of charismatic gay vloggers is reinventing the medium in a creative and exciting fashion. Like compulsive diarists they document every single day of their lives, sharing their highs, lows, loves and losses with millions of viewers worldwide.

Gay couple RJ Aguiar and Will Shepherd could perhaps be described as star vloggers. They reveal (almost) all about their relationship and daily experiences on their main channel, while Shepherd runs a separate channel devoted to computer gaming and Aguiar a personal channel that he describes as a ‘garbage dump for my brain’.

They have helped to raise the quality of You Tube content. Now the site isn’t just about frivolous viral videos and silly sketches by high school kids. The new generation of vloggers – gay and straight – are known as “creators” rather than “contributors” because they craft serious and meaningful videos that offer cogent insights into real life. All kinds of people tune into Will and RJ’s creations, not just LGBTs.

The popularity of vlogs can only expand thanks to high-profile YouTube conventions such as VidCon and Playlist Live. LGBT vloggers are now celebrated at such events and the journey has been a long one. The very first pink vloggers tended to be either youngsters who needed a venue to come out in public and trans men and women who detailed their transitions online.

These days, the diversity is immense. Some vloggers focus on gay-specific issues while others have a wider remit. The fifth annual VidCon is set to take place in late June in Anaheim, California, so watch out: LGBT YouTubers will be there in force!