Pennsylvania student, Aniya Wolf – who was refused entry to her High Schools prom for wearing a suit – has been asked to wear the tuxedo on the FXX sitcom “It’s Always Sunny in Philadelphia.”

Wolf – who attends Bishop McDevitt High School in Philadelphia – told ABC27 last week that she was forced to leave the prom because she was wearing a tuxedo rather than a dress. 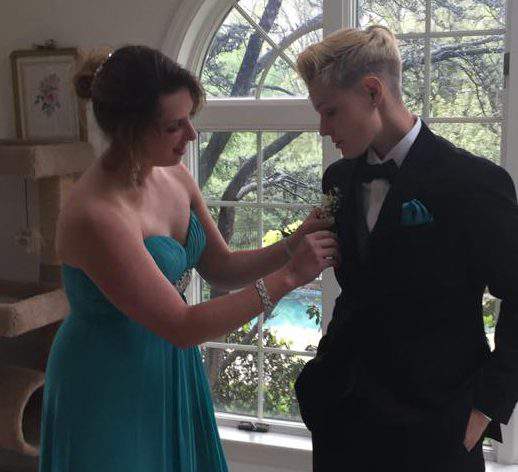 The school issued a statement saying that students were told of the dress code — which requires female students to wear formal dresses — three months before prom.

There has been an outpouring of support for Wolf since her story was made public, including from Democratic presidential candidate Hillary Clinton, Philadelphia Mayor Jim Kenney, professional soccer player Ashlyn Harris and actor Rob McElhenney.

McElhenney, a Philadelphia native and one of the stars and creators of “It’s Always Sunny in Philadelphia,” took to Twitter this week to ask Wolf to wear her suit on the show when it tapes in Philadelphia in June.

@abc27News I am not. We'll be in Philly the last week of June. We need a little extra style and class. Can you help us?

Wolf, a lesbian, told ABC27 after she was kicked out of her prom that

I think my experience shouldn’t be any different than anyone else’s because of something I was born with.”

The high school student has since been invited to go to York City School District’s prom on May 21.

Wolf said she plans to attend.

Thank you to everyone who has been supporting me throughout this situation, you guys give me strength💪🏼 pic.twitter.com/hEWJhOtRO5

Aniya Wolf, a junior at Bishop McDevitt High School, was banned from entering her prom after wearing a suit instead of a dress.

The student said that a school official grabbed her by the arm and threatened to call the police after she wore a tuxedo to the school dance on Friday.

Talking to ABC27, she explained

I’ve always been like this, ever since I was little. I was always more masculine. You wouldn’t catch me playing with any Barbie dolls, I’ll tell you that right now.”

Aniya said she’s worn pants to school for the past three years and openly identifies as a lesbian. 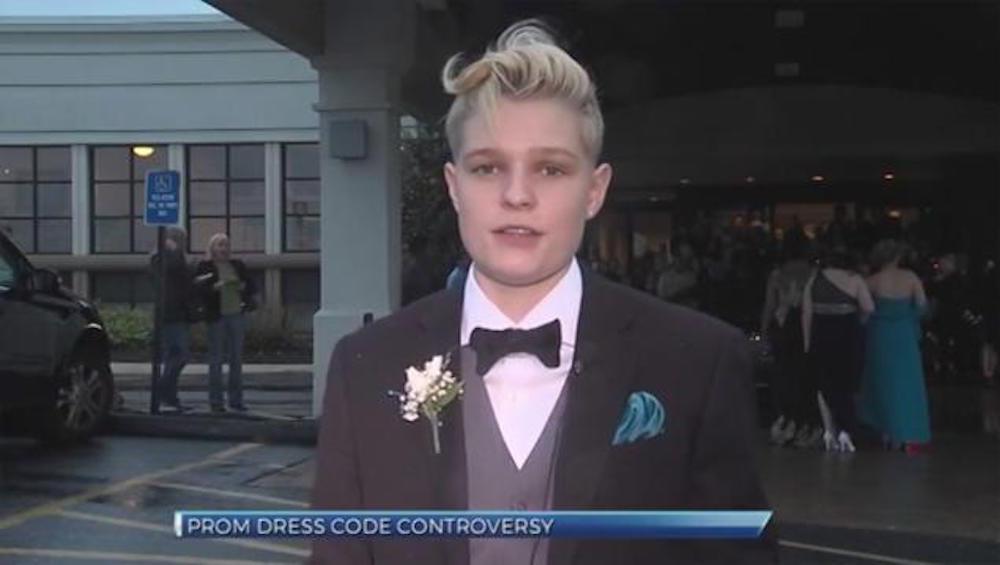 Both Aniya and her mother Carolyn said they received a last minute email from the school, notifying them of the dress code explaining that girls must wear a dress to the dance.

Carolyn then called the school to complain about the notice, and to inform them she had just purchased a new suit for her daughter.

I told them that I had read the dress code that was given to the students and I didn’t think that it precluded her from wearing a suit. I said that this was very unfair, particularly at the last minute.  We had gone out and bought a new suit. I think my daughter is beautiful in a suit.”

Still, officials at Bishop McDevitt High School placed the blame on Aniya for not following the dress code.

In a statement the school said

The dress code for the prom specified girls must wear formal dresses. It also stated that students who failed to follow the dress code would not be admitted. Bishop McDevitt will continue to practice acceptance and love for all our students. We simply ask that they follow the rules that we have put into place.”

While many were busy gushing over the Hollywood ladies’ perfect dresses, we here at KitschMix were transfixed on Lea DeLaria Saint Harridan tuxedo.

DeLaria wore a simply tuxedo, shirt and trade mark glasses to the Emmy awards, and showed the world how the butches do it.