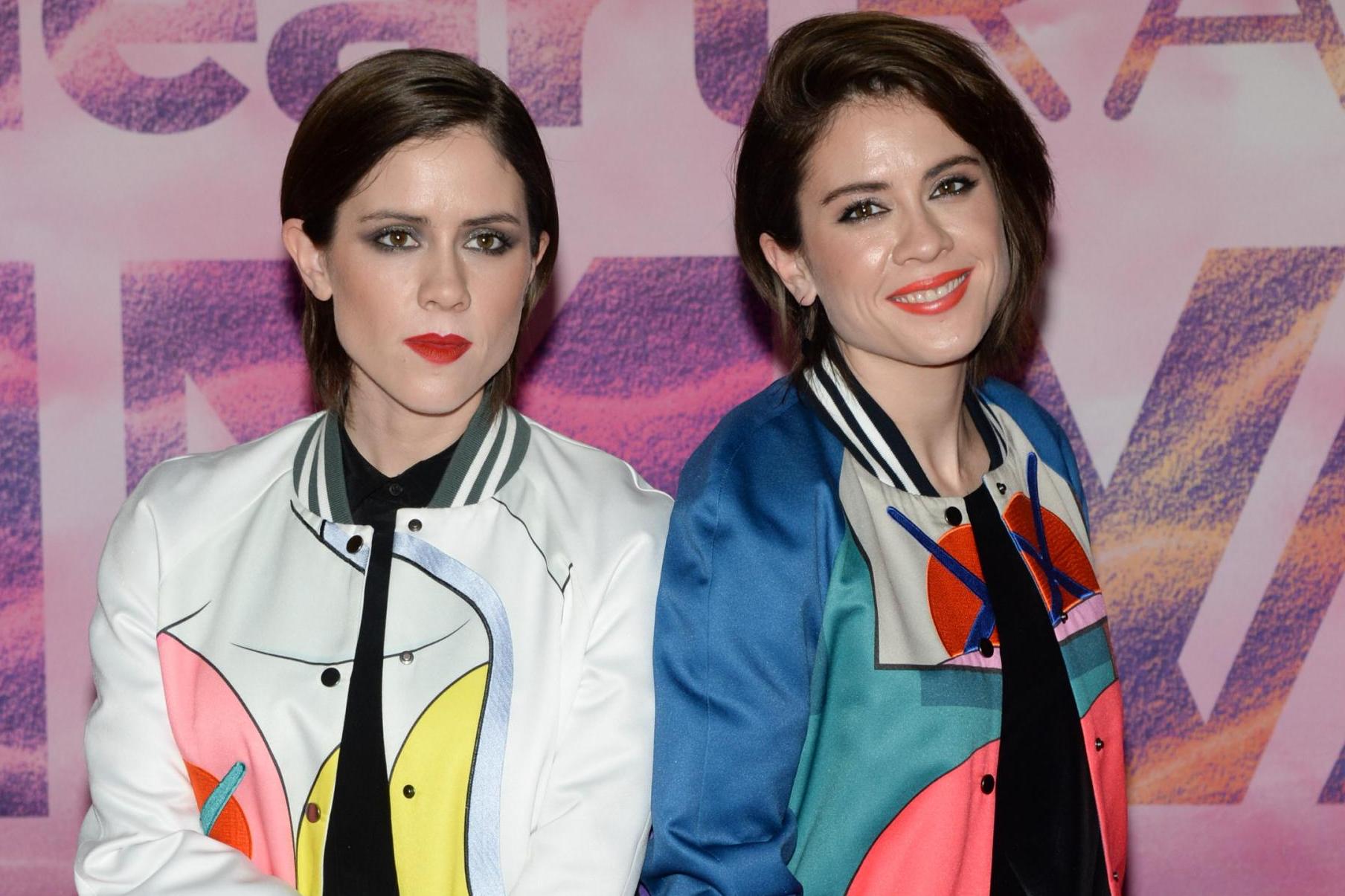 Tegan Quin – of Canadian pop duo Tegan And Sara – has spoken out about the political division of politics in America, and the fight to keep people engaged despite their ‘exhaustion’.

Talking to NME, the singer discussed the shifting mood she’d noticed among the population while touring America in the wake of Donald Trump’s presidency.

I think there is general unrest and division, for sure. There is no doubt that there is palpable anxiety around health care and immigration. I think the average person is absolutely wondering about some of the issues the media fixates on (Russia, jobs, healthcare). Certainly I think people are still engaged in general. But,  I think people are exhausted and the noise of it all is making people turn off. Which is dangerous. Wear people down to the point where they stop paying attention. That’s scary. So. I don’t really know the answer.”

I think people are divided. There is unrest. I think people are engaged, but exhausted. I think the media is definitely trying it’s best (in some cases) but … even good media feels like click bait. And I believe a lot of people have just returned to their normal lives and aren’t yet experiencing anything “bad” or any “changes” so they don’t care. So. I guess your TV might be reflecting back a small portion of the populations day to day, but the average person is just…back to their lives?”

Asked if the current political landscape might inspire them musically, she replied:

I think for me music is and has been an escape. So, I don’t know if I were sitting down to write a record today if I would write about the “dystopian nightmare” but, I do think my emotions and feelings around life, relationships, love, the future are coloured by the “dystopian nightmare” so in theory I would kind of be writing about it even if I weren’t actually writing about it… As for what music should or should not be for — I think every artist has to define that for themselves. You should write what you know, what you are moved by and inspired by. And that doesn’t always have to be reality or current affairs.  So I think in times like this we get both. Reality and escape. Which is good. Balance is good.”

Quin did state however, that the current political situation had inspired the pair to step up their activism for the LGBTQ community.

We started a foundation to fight for LGBTQ women and girls, The Tegan and Sara Foundation. And we are working closely with social justice organisations and political organisations to ensure we are giving back to our community but also using our platform to elevate important causes and ideas.

We are very motivated right now to do more than just tweet. We want to inspire people to action. So. As an artist I feel like I want to continue to play live to give people an escape and a place to feel connected and see their community.”