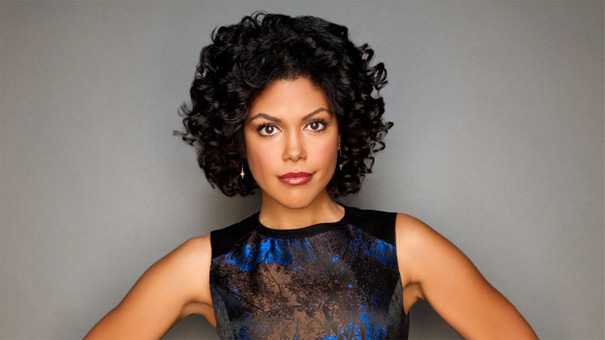 If there’s one thing we know about daytime TV shows, it’s that by design they are ridiculous. Storylines are complex in an effort to get us tuning in each and every day. Is so and so’s cousin really the father of their best friend’s ex-girlfriend’s baby? Did that character’s long lost sister really kill her adopted step-brother? In the world of daytime TV those situations are entirely plausible.

Things go similarly complicated last week on the CBS’ daytime show The Bold and the Beautiful when the show introduced its first trans character, Maya.

The character, Maya Avant is also a woman of colour and in other circumstances, her addition would be fantastic since trans representation is lacking on our TV screen.

The problem is, in Maya’s previous storylines (she’s been in the show since 2013), the character confronted the fate of the daughter that she gave birth to. The fact that it’s now being revealed that Maya was born with male sex organs means that viewers will be forced to forget Maya’s past altogether.

Representation is good and important, but when it doesn’t make sense, it feels as though characters are just being shoe-horned in for the sake of a diversity quota.

Furthermore people also have some issues with the fact that Maya isn’t being played by a trans actress.

However, Karla Mosley, the actress who plays Maya, says that she’s been consulting GLAAD on how to get the role right. She also told US mag Us Weekly the following:

“As someone who is an artist and an activist, I know how important trans issues are — how it’s life and death for people at this point. The more that we in Hollywood can help people to understand what it is to be transgender, what that experience might be like for someone, and just to normalize it, I think we have the possibility of really changing some hearts and lives.

I think that that’s probably part of why they came to me with this. In addition to the fact that it really fits Maya’s story in this kind of amazing way that no one could’ve ever predicted, I think that they also knew that I would be totally ready and willing to talk about these things in an open way.”

While it’s hard to agree with Mosley that the trans identity fits Maya’s story, it is good to hear that she knows how important Maya’s portrayal is. The Bold and the Beautiful airs weekdays on CBS so tune in then to see how Maya’s story plays out.