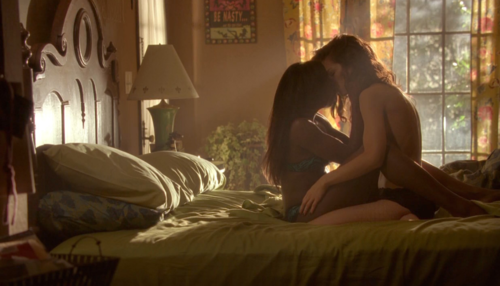 Is DIY lube a realistic idea, or should you stick with the commercial brands?

A simple search for “DIY personal lubricant” shows up about 156,000 results on Google – which admittedly was far more than I had anticipated when I typed it in.

The idea had never really crossed my mind until recently, as I personally have never really needed it. (I’ll spare you the details, but I’ve probably only bought/used lube twice in my life, and the results left something to be desired. Your mileage may vary.)

However, for some women, personal lubricant is a must – even though they’re substantially aroused by their partner, they might not be able to create enough moisture on their own to be effective.

It can be particularly helpful if you’ve just got off your period and your cervix has been sucked dry by a tampon, or if you’ve recently had surgery or been prescribed medications that dry you up. (That might be TMI, but it’s a fact you’ll likely have to face at least once in your life.)

Additionally, some women need a little extra help if they’re going to be using toys – we may like the feeling of larger toys, but if your vagina isn’t relaxed enough to be accepting, you’ll probably have to help the process along somehow. This is where lubricant comes in.

These days, though, there’s a push to do more things ourselves and rely on mass-produced products. Often they have preservatives and allergens that can irritate the skin – definitely not something you want in your intimate areas!

Other women may be unable to get commercial lubes, whether it’s a financial splurge they can’t afford, the embarrassment of speaking to the cashier, or any number of reasons.

Furthermore, some women may see it as a spur of the moment type thing – you want a new texture to your lovemaking experience tonight, so you go to the fridge to grab something “fun”.

In itself, this isn’t necessarily a bad idea, but there are definitely some things to remember if you’re going to be using anything other than a reputable brand for your playtime.

1. Don’t use oils if you’re using a condom or dental dam.

Most lesbians don’t use condoms with their female partners, but some like the efficiency of clean-up when using a condom over their toys. Additionally, the use of a dental dam is encouraged if you will be participating in oral sex with either the vagina or the anus.

The problem here is that oil can break down the latex in these products and render them basically useless. It won’t eat a visible hole through it, but it will break it down on a molecular level. Unless you’re using the condom or dental dam solely because you like the feel of it (not likely), make sure to avoid oils and instead find a water-based personal lubricant recipe.

2. Do try essential oils (as long as you’re not using latex products).

If you haven’t had the chance to play around with essential oils, you don’t know what you’re missing. They can be great for massages as they often have an aromatherapy effect on the mind and body, but they’ve also each got a special feeling.

Oils such as ginger and black pepper can cause a warming sensation – although I advise against using cinnamon oil. It seems like a good idea, but think about the viral cinnamon challenge for a second. Then, once you’ve got that mental picture in your mind… Picture it on your vagina. Yeah, not pleasant.

If you prefer a cooling sensation instead, you could try spearmint oil – just be careful that you’re diluting it enough to where you won’t freeze your crotch off. Too much of this oil can make it feel like you’ve got toothpaste down there. Some women might be into that, but personally, I’m not.

If you’ve got some irritation down there (and you’ve already determined that it’s not due to an infection that would mean you shouldn’t be having sex), some lavender oil can help to soothe minor irritants. It probably won’t work as well as a cream you get from the doctor’s, but it’s definitely less embarrassing to go to your local craft department than to your gynecologist.

3. Don’t use anything sweetened if you intend to penetrate.

Sugar and other sweeteners are basically the food of choice for yeast – the fungus that’s responsible for an uncomfortable itch and embarrassing odor. Generally speaking, plain old sugar is the staple, but anything that’s sweet or traditionally edible can be consumed by the yeast fungi and cause their growth.

Regardless of whether you use sweeteners or not, you should always try to wash up thoroughly after sex – or at least use the restroom. It won’t prevent every problem, but the chemical makeup of urine actually helps as a disinfectant, because it’s generally sterile.

Once upon a time it was thought that this was only necessary for penetrative sex with a man, but that’s a misguided assumption. Besides, it’s better to be safe than sorry anyway.

4. Do consider why you want to make your own lube.

Your reasons will affect the choices you make when picking your materials – and you should always think them over thoroughly before you settle on something.

For example, if you’re making your own lubricant because you’ve had an allergic reaction to commercially available lubes, you should ensure that you’re not using any of the products that could have caused the reaction.

Usually, the products you have at home won’t have any known allergens, but it’s safest to avoid all ingredients that you’re not 100% sure are safe for you.

If you’re making your own lube because you can’t afford a commercially available one, you probably won’t want to use an expensive product from home.

Sometimes, something as simple as baby oil can work – this is generally a hypoallergenic substance that can be found at your local dollar store. Essential oils, on the other hand, are far more expensive than commercial lubricants and wouldn’t really be saving you any money to use.

If you’re just playing with homemade lubricants to add a little fun and creativity into your sex life, you’ll want to play around with your options. Find materials that are pleasing to your senses – whichever senses you choose to engage – and try new things when you can.

Certainly, there’s a great deal of creativity behind any DIY project – why would this be any different?

You want to make sure that the recipe you’re following is reputable. Unfortunately, through the internet, this can be hard to verify. It shouldn’t be impossible, though – check the comment section (if there is one) to see how other users have responded to it, and possibly Google the parts of the recipe that concern you. If you can get a link to another internet user that advocates the use of those materials, have at it!

6. Do communicate with your partner.

This is especially true in any new sexual situations that are unfamiliar to one or both of you. If the material you’re using is causing you discomfort, it’s best to let your partner know immediately so that you can stop and get washed up.

Also, if a partner notices that the lube isn’t performing its required function – for example, it’s getting sticky when you need it to be slick – it’ll have to be washed off as well. If it’s not getting the job done, scrap it and try something else!

Your sex life should always be fun for all parties involved. If you’re not having fun, what’s the point?