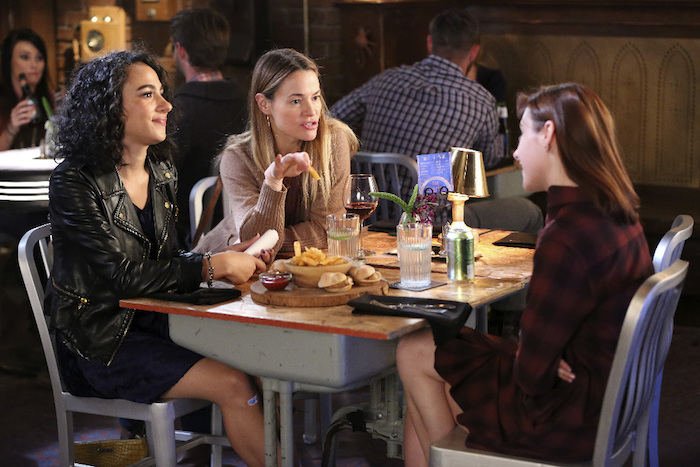 Leisha Hailey is set to appear on Chasing Life. Where she’ll be playing a lesbian called Juliet.

For those of you who may not know the show, ABC Family’s Chasing Life (now in its second season), it centres on an aspiring journalist April.

Not only has the 20-something received an opportunity to impress her editor at the Boston newspaper where she works, but she also has a budding romance with attractive co-worker Dominic. Unfortunately that’s when a big challenge starts. She is admitted to hospital and learns from her oncologist uncle that she has cancer. Thus begins April’s journey to beat the disease while following her dreams for both her personal and professional lives.

Also in the show is an out bisexual character Brenna, who is played by Haley Ramm.

Hailey looks to be entering into some-sort of love triangle between Brenna and new love interest Margo (Aurora Perrineau). Hailey will play “Margo’s crazy ex” who Brenna will “find herself in a big mess” with. I guess, sometimes being friends with your ex doesn’t work out so well for your current crush.

If you haven’t been watching the series from out executive producer Joni Lefkowitz (Life Partners), you can catch up on Season 1 with ABC Family On Demand or on Amazon Prime